The stock is trading higher in the pre-market here on Tuesday, so let's take a few minutes to check out the charts.

In this daily bar chart of MRK, below, we can see that prices have been on the defensive since the middle of April. MRK stalled at the underside of the declining 200-day moving average line and last week was back below the declining 50-day moving average line. The On-Balance-Volume (OBV) line peaked in late December/early January and continued to decline through May, telling us that sellers of MRK have been more aggressive. The Moving Average Convergence Divergence (MACD) oscillator was above the zero line in April but is now back below it, telling us that MRK is in a weak trend.

In this weekly bar chart of MRK, below, we just an OK picture. Prices are below the declining 40-week moving average line. The weekly OBV line has been stable since its March low and the MACD oscillator is close to a cover shorts buy signal.

In this first Point and Figure chart of MRK, below, we used daily price data. Here the chart shows a possible downside price target in the $68 area. A rally to $81.44 is likely to improve the picture. 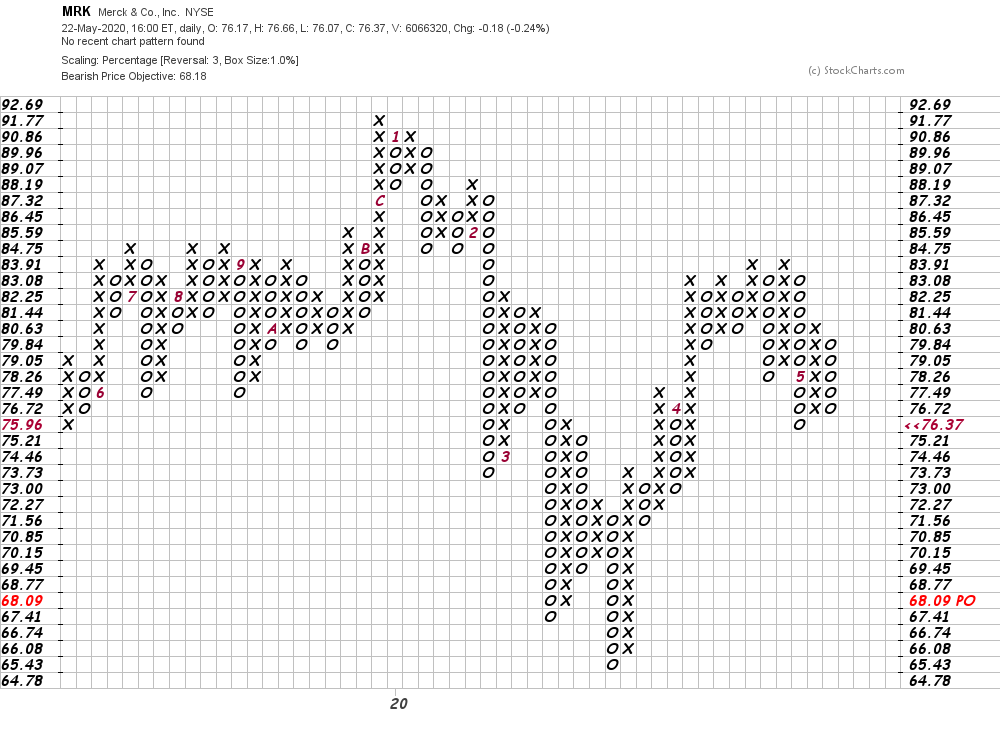 In this second Point and Figure chart of MRK, below, we used weekly price data and here the software is projecting a possible price target in the $120 area. 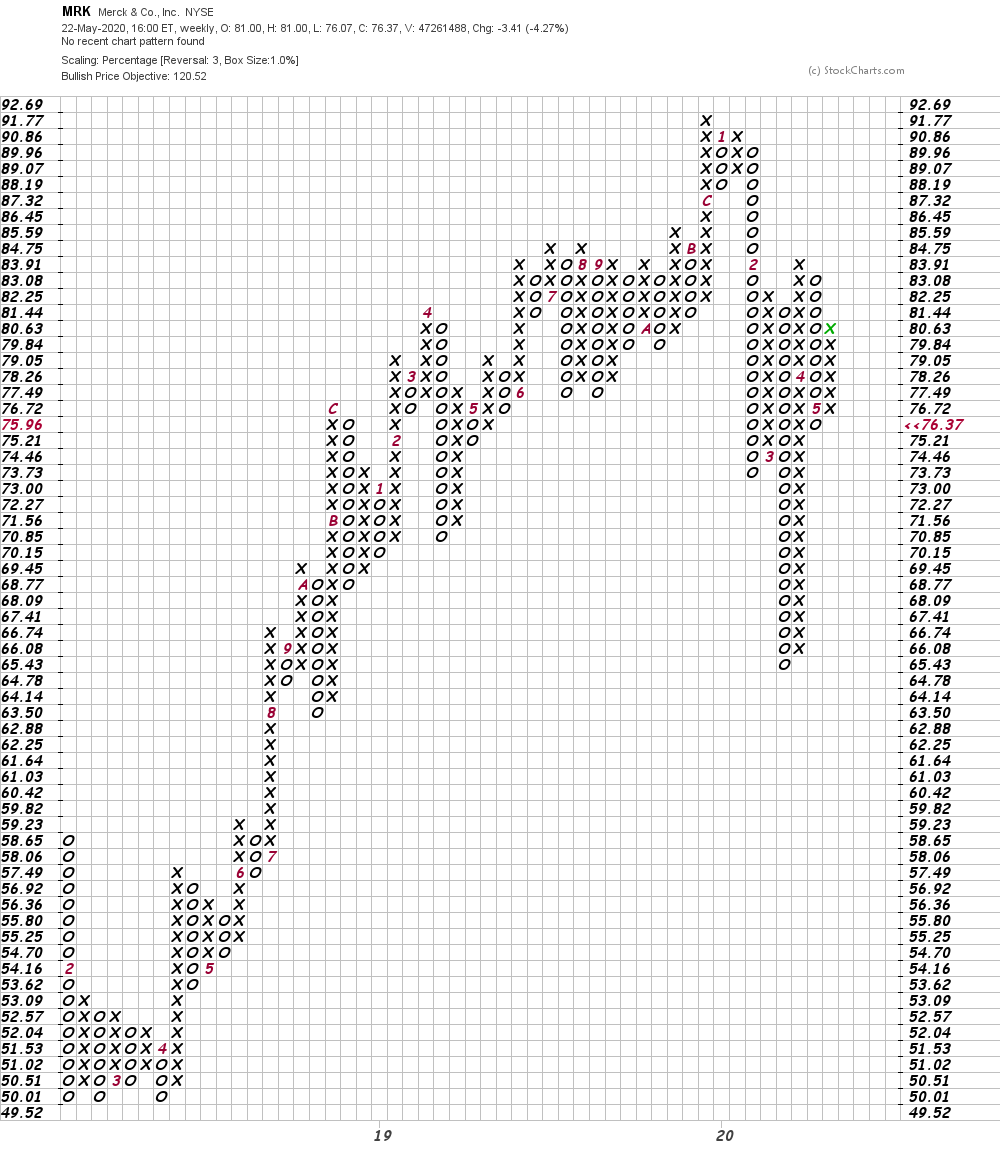 Bottom line strategy: Assuming this company news results in some sustained aggressive buying, traders could go long MRK at current levels risking a close below $74. Add on strength above $81.

Get an email alert each time I write an article for Real Money. Click the "+Follow" next to my byline to this article.
TAGS: Mergers and Acquisitions | Investing | Stocks | Technical Analysis | Biotechnology | Pharmaceuticals | Coronavirus