Nye said Martin Marietta just completed its most profitable half-year ever, and infrastructure remains strong throughout most of the country.

Nye noted that Texas has $7.1 billion worth of infrastructure projects in the pipeline, while Florida is planning $9 billion in additional road projects.

Let's check out the charts and indicators of this company.

In the daily bar chart of MLM, below, we can see that share prices were cut in half from January to the middle of March. MLM rebounded in late March and into April but then pulled back in May for a retest of the low. Prices rallied again in June and July but stopped at the underside of the declining 200-day moving average line. MLM is now in a position to retest the rising 50-day moving average line.

The On-Balance-Volume (OBV) line declined from February to May telling us that sellers of MLM have been more aggressive for several months. The OBV line has not shown much improvement from the May low. The trend-following Moving Average Convergence Divergence (MACD) oscillator finally turned bullish in late May but has since rolled over and is now close to reversing to a sell signal as it is only slightly above the zero line.

In this weekly bar chart of MLM, below, we can see a mixed to bearish picture. Prices rebounded from the March nadir but have failed at the underside of the declining 40-week moving average line.

The OBV line shows very limited improvement from its May low and the MACD oscillator is still below the zero line in sell territory.

In this first Point and Figure chart of MLM, below, we used daily price data and a traditional even dollar amount for the scaling. Here we can see an upside price target around $279. 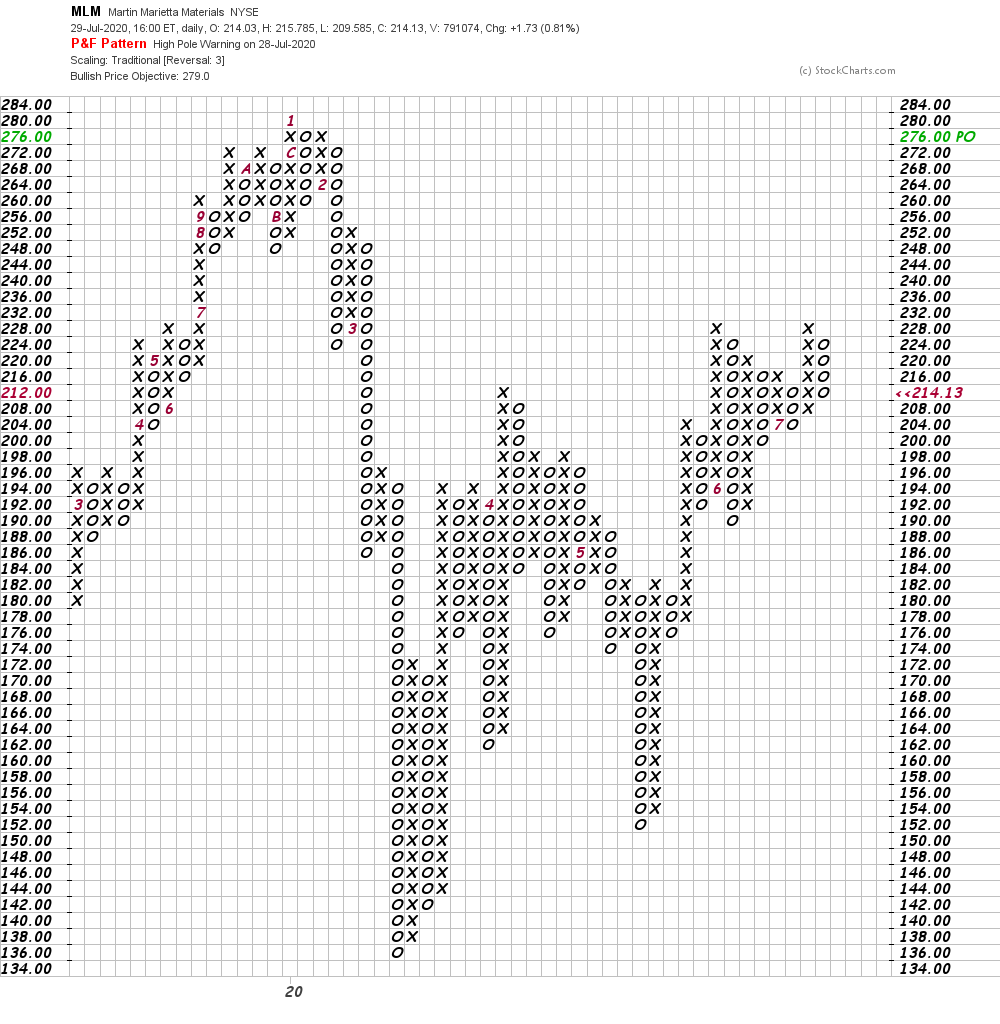 In this second Point and Figure chart of MLM, below, we also used the same daily price data but used percentage changes for the scaling. Here the chart shows a possible downside price target in the $188 area. 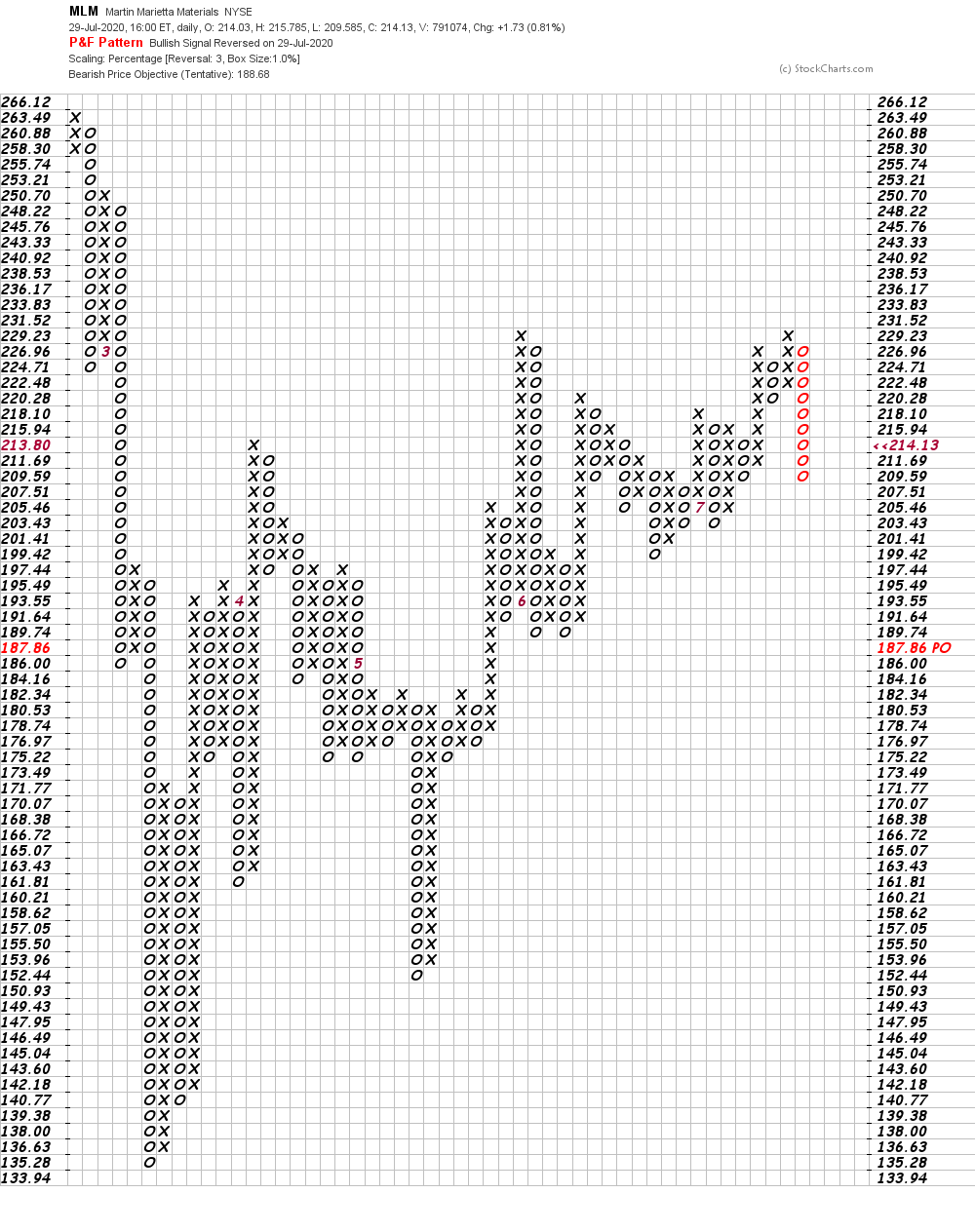 Bottom-line strategy: MLM could see a sideways to lower trading pattern in the weeks ahead. This price movement could broaden its basing pattern and may allow for an advance later in the year.

Get an email alert each time I write an article for Real Money. Click the "+Follow" next to my byline to this article.
TAGS: Earnings | Investing | Stocks | Technical Analysis | Construction & Engineering | Materials | Mad Money | Executive Interview