McVey said while many observers thought the beginning of the pandemic last March was the high-water mark for digital bond trading, this March surpassed even those levels and set new records for MarketAxess.

While gross margins at MarketAxess continue to expand, McVey noted that he remains focused on investing in the company's business and growing its market share to maximize returns for shareholders.

Let's check out the charts of MarketAxess to see if they can provide returns.

We looked at MKTX back on April 23, 2020, when we wrote, "Traders could try to go long MKTX near $405, risking a close below $375. The $575-$600 area is our longer-term price objective." Traders should have booked profits as there were several rallies into our target area.

The On-Balance-Volume (OBV) line has me confused. We see a declining OBV line from October to January but then a rising OBV line the past two months. Perhaps MKTX is undergoing a shift in trend. The Moving Average Convergence Divergence (MACD) oscillator shows a weakening trend from November, but during the month of March this indicator bottomed out and is signaling a cover shorts buy.

In this weekly bar chart of MKTX, below, we see a mixed picture. Prices are in a longer-term uptrend for the past three years but MKTX has slipped below the cresting 40-week moving average line. Prices have eroded since November but are not quite in a downtrend (giving it the benefit of the doubt). The weekly OBV line has been flattish the past year but is showing some slight improvement the past two months. The MACD oscillator is almost at the zero line after months of weakness, but the two moving averages that comprise this indicator have begun to narrow.

In this daily Point and Figure chart of MKTX, below, we see a bearish pattern going back to last October (look for the "A" on the left side of the chart). The software is projecting a potential downside price target in the $360 area. A rally to $540 would probably improve the picture. 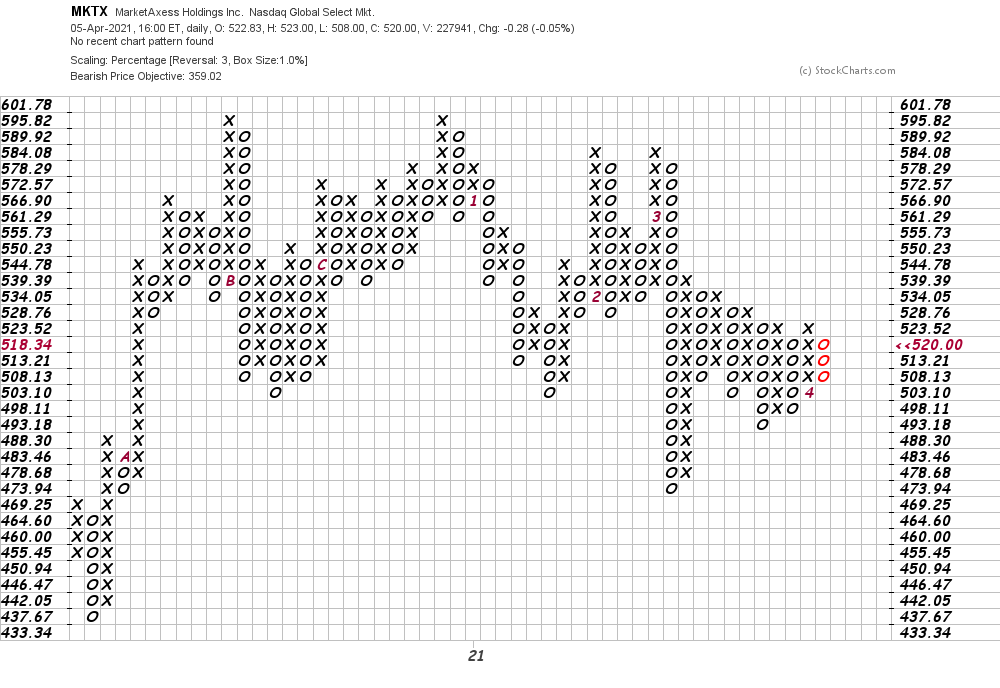 In this weekly Point and Figure chart of MKTX, below, the software is projecting the $405 area as a target. 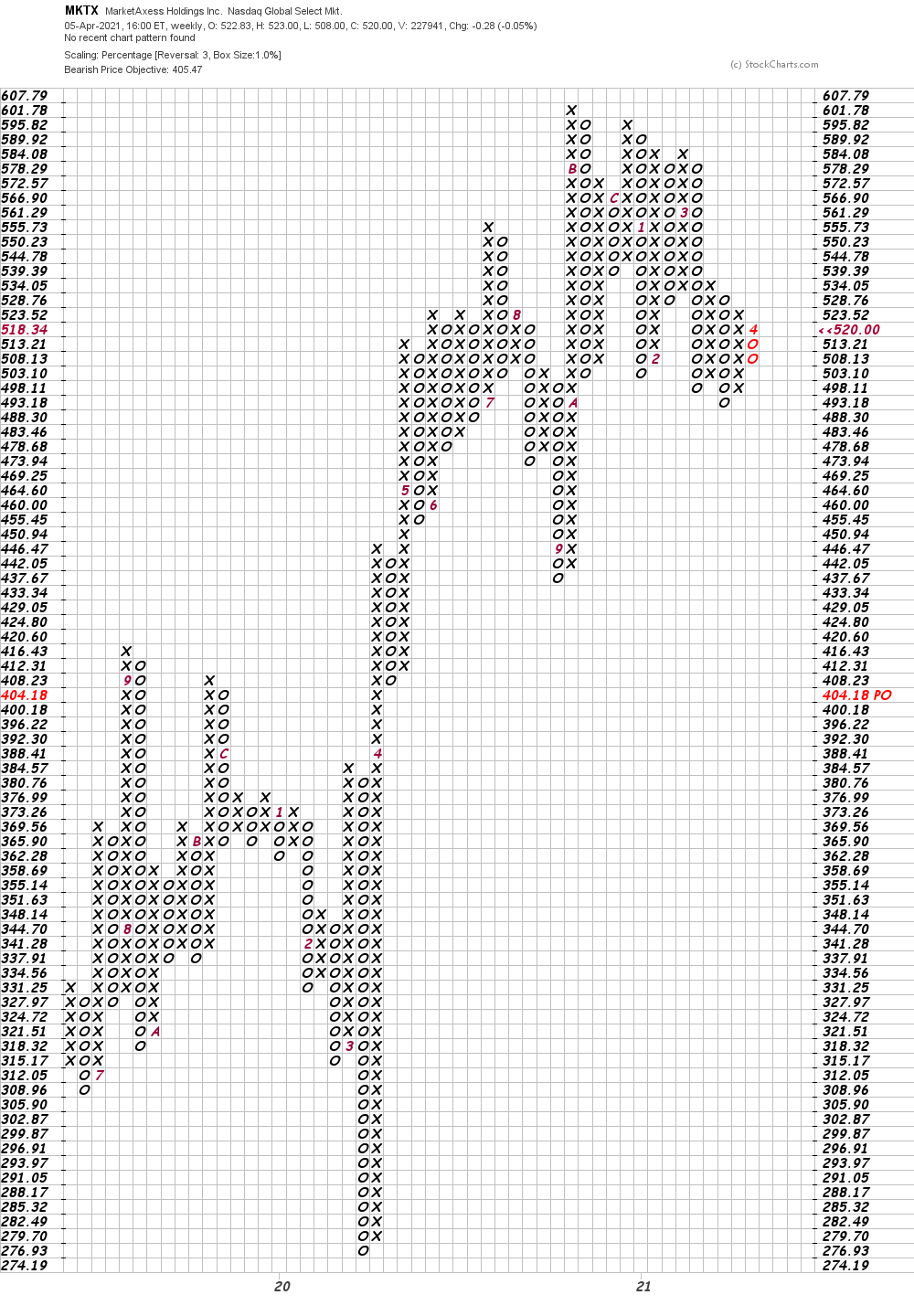 Bottom line strategy: I would have to call the charts of MKTX mixed. There are some green shoots on the daily and weekly bar charts but the Point and Figure charts are bearish. The buy-and-hold era of Treasuries since 1981 is probably over and more active trading is probably the future, but I would wait for more bullish evidence on MKTX before going long again.