As we near year-end, the market's psychology data, valuation and some other data points are intensifying their cautionary signals.

Indeed, should the charts start to show some signs of deterioration, we would likely turn more negative in our outlook.

The major equity indices closed mostly lower Friday with the exceptions of the S&P 500 (see below) and DJIA, which made new fractionally higher closing highs. Their achievements occurred on negate breadth and up/down volume. 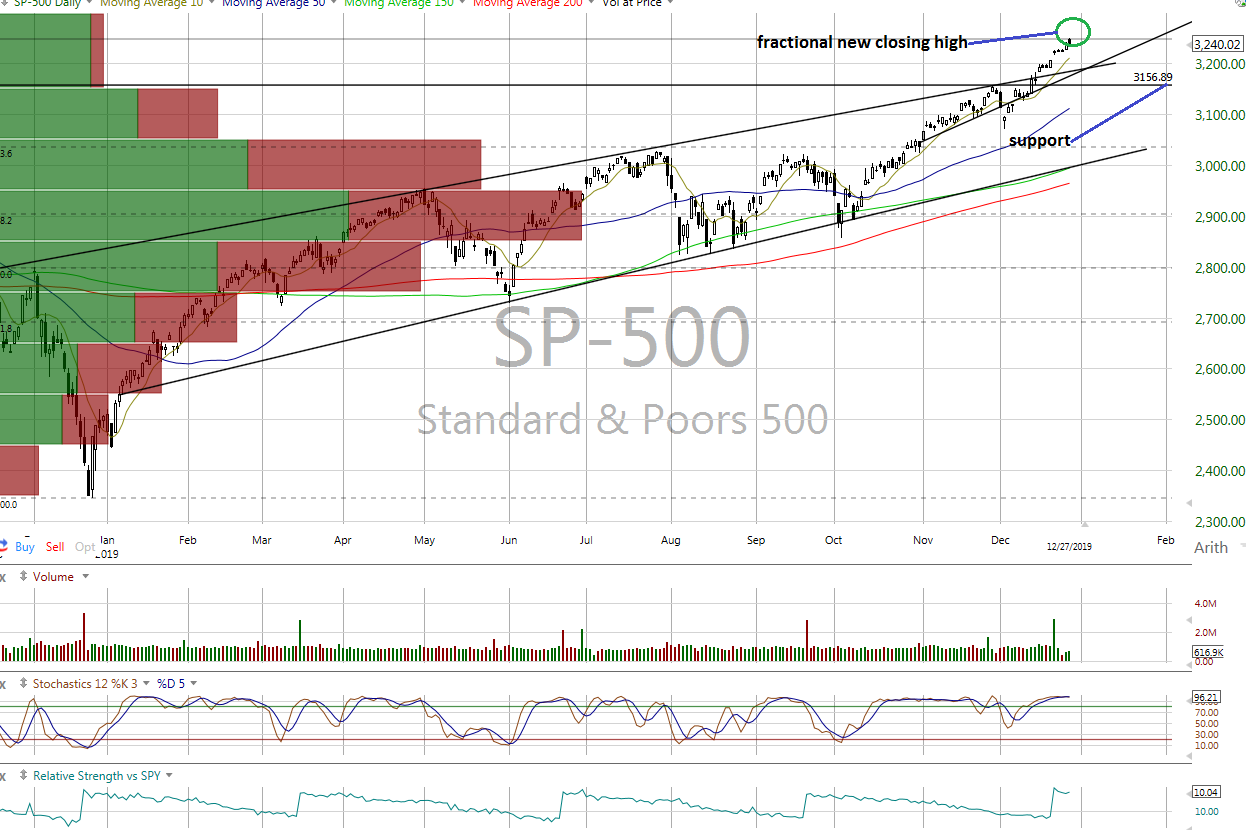 The only other technical event of note was the Dow Jones Transports closing above resistance during the prior session, turning its trend to positive from neutral.

The cumulative advance/decline lines for the All Exchange, NYSE and Nasdaq remain positive while the stochastic levels on the charts remain overbought but have not yet triggered bearish signals.

However, the VIX (see below) elevated and flashed a "bullish stochastic crossover" signal that is actually a negative for the markets as it implies the potential for further volatility entering the markets. 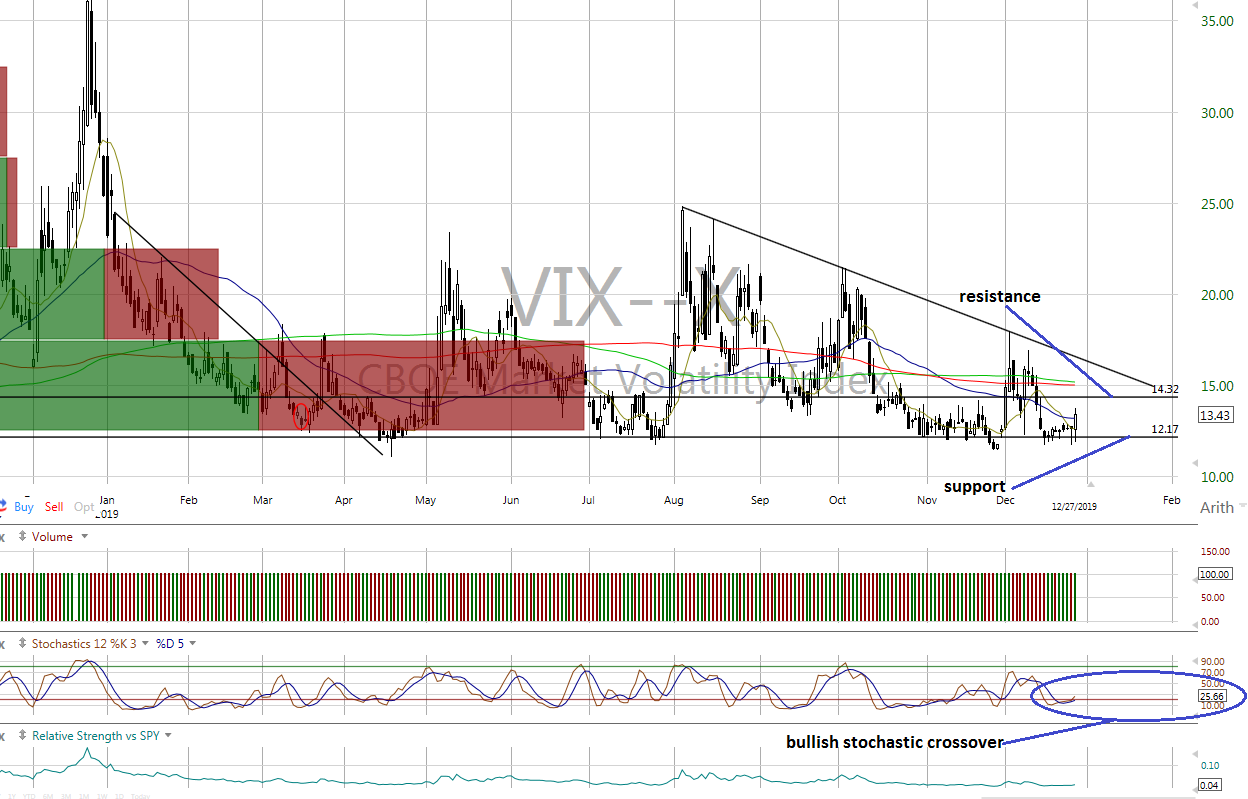 The data is mixed but showing some intensifying of some cautionary signals.

The Open Insider Buy/Sell Ratio remains neutral at 32.1 but has seen an uptick in insider selling.

Of greater importance, though, is the detrended Rydex Ratio (contrary indicator) rising to a very bearish 1.55 as the ETF traders are at their highest level of leveraged long for the year. They are notorious for being on the wrong side of the fence at market tops and bottoms.

The S&P 500 is at its peak level of overvaluation for the year, trading at a forward P/E multiple of 18.9x based on consensus forward 12-month earnings estimates from Bloomberg of $171.23 per share, versus the "rule of 20" fair value multiple of 18.1x.

While the major equity index charts have yet to shows signs of a shift in trend, we believe that the "ice" supporting the markets is dangerously thin given valuation and sentiment that are at levels typically coincident with market corrections. As such, we remain "neutral" in our near-term market outlook and may turn more negative should the charts start to weaken.

Get an email alert each time I write an article for Real Money. Click the "+Follow" next to my byline to this article.
TAGS: ETFs | Indexes | Investing | Markets | Stocks | Technical Analysis | Trading | VIX