While the major index charts are all in uptrends, three things are curbing our enthusiasm: the VIX, stochastic levels and the consistent slide in forward S&P 500 estimates.

Let's take a close look at the latest charts, data and valuation for the broader market.

No notable technical events were generated. Therefore, we continue to find all of the indices in near-term uptrends with positive cumulative advance/decline lines for the All Exchange, NYSE and Nasdaq. 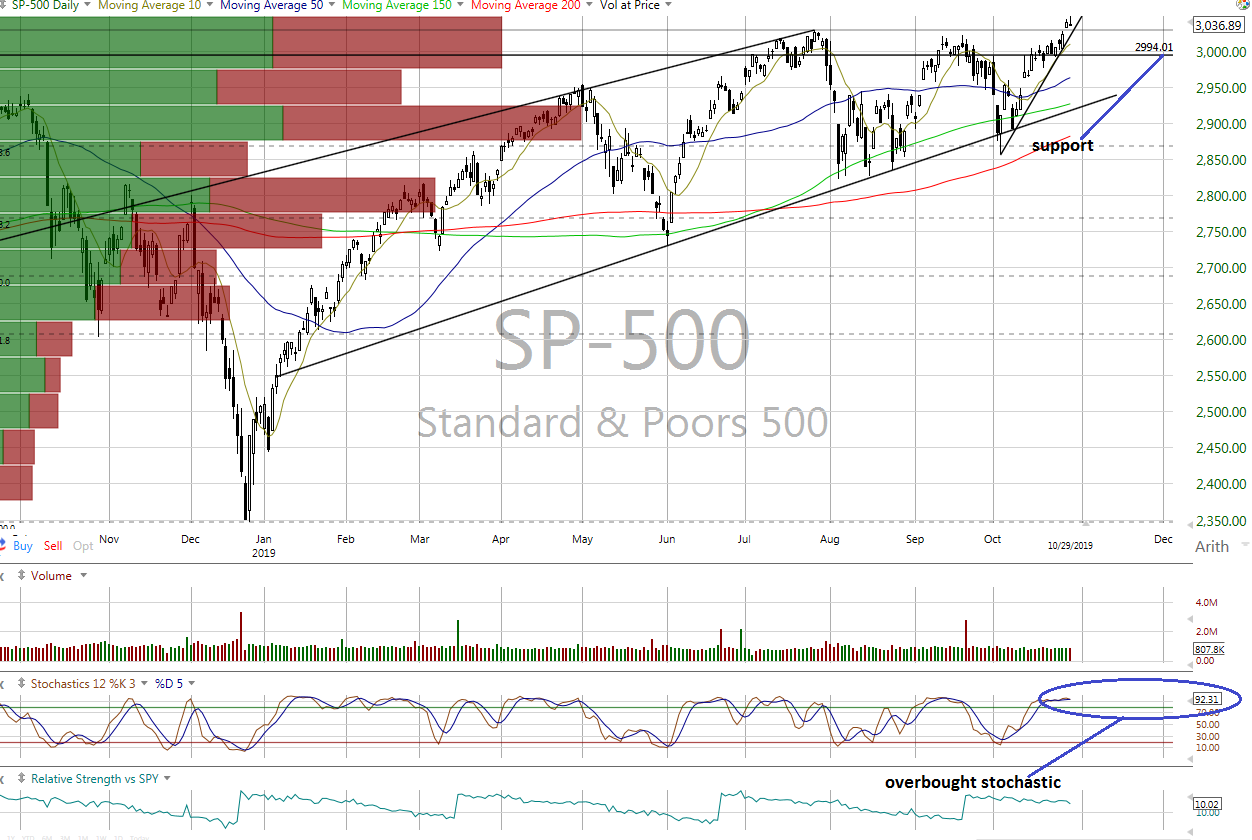 We would be more favorable in our outlook if it were not for the stochastic and VIX levels.

All of the stochastic levels are overbought. They can remain that way for several sessions. However, these conditions were seen four times previously this year, each of which was followed by varying degrees of weakness in the markets.

The VIX is sending a similar message as it is at low levels seen three times over the past year, all of which were followed by spikes in volatility coincident with market corrections.

In our opinion, they imply a weakening of the market shock absorbers should negative news hit the tape.

The data remains mostly neutral including all of the one-day McClellan Overbought/Oversold Oscillators (All Exchange:+35.36 NYSE:+25.9 Nasdaq:+47.4).

The percentage of S&P 500 stocks trading above their 50-day moving averages is a neutral 65.9%.

Valuation has compressed with 12-month earnings estimates for the S&P 500 slipping down to $172.40 per share via Bloomberg, leaving the forward P/E multiple at 17.6x while the "rule of twenty" finds fair value at 18.2x. S&P 500 estimates have been shrinking literally every day over the past several sessions.

While the charts are sending a positive message, the VIX, stochastic levels and the consistent slide in forward S&P 500 estimates suggest we maintain our "neutral" outlook.

Get an email alert each time I write an article for Real Money. Click the "+Follow" next to my byline to this article.
TAGS: ETFs | Indexes | Investing | Markets | Stocks | Technical Analysis | VIX