The market continues to march higher and along with that positive technical events are taking place. Yet low VIX levels and overbought stochastic readings suggest some potential for a reemergence of volatility and retracement should some negative news hit the tape.

Let's open the hood and take a closer look at what's going on.

All of the major equity indices closed higher Friday with positive internals while overall trading volumes were mixed. Several achievements were made on the charts as a result.

The Value Line Index also closed back above its near-term uptrend line as did the S&P Midcap and Russell 2000.

So now all of the indices are in near-term uptrends with the exception of the Transports staying neutral. 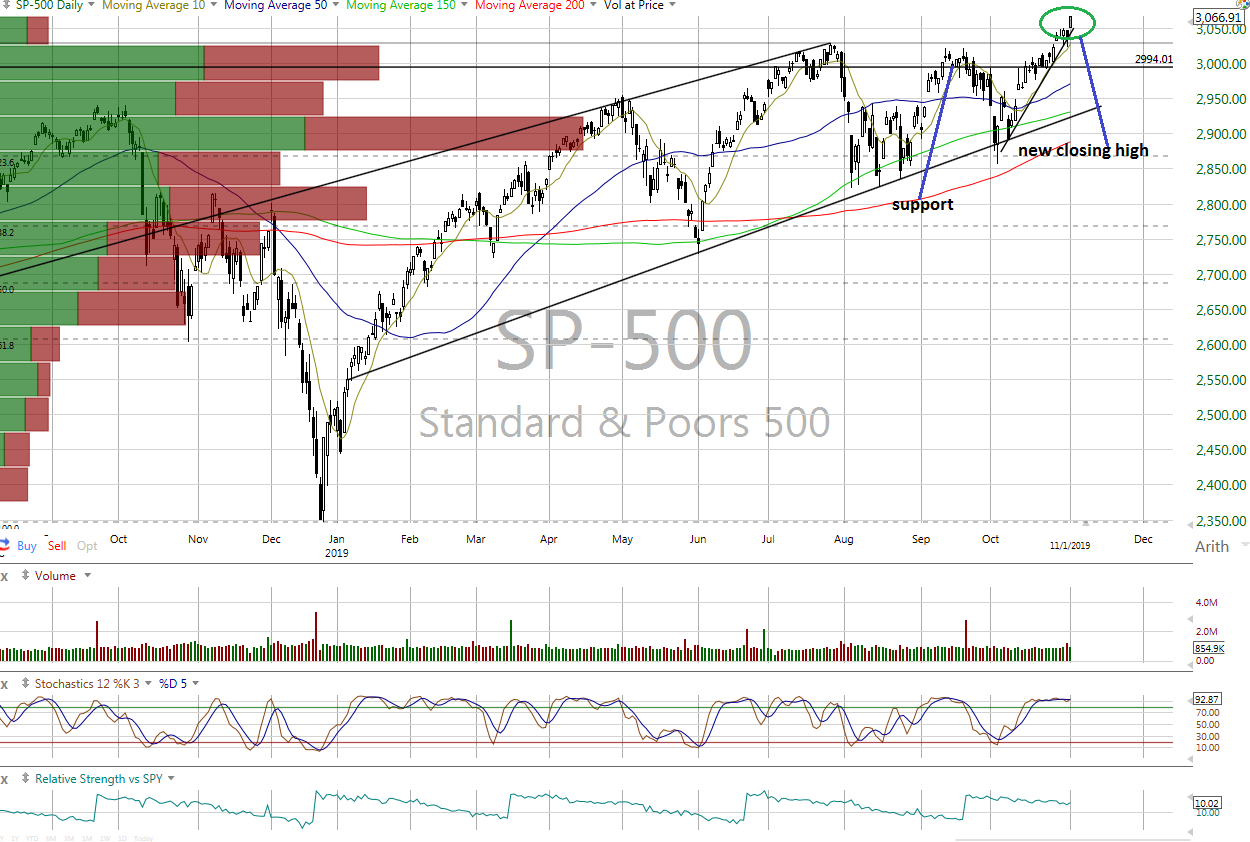 The cumulative advance/decline lines for the All Exchange and Nasdaq remain neutral, however, while the NYSE A/D turned positive.

Yet the VIX is near its lowest levels of the year, which were followed by market corrections as the stochastic levels remain overbought as well. In our opinion, they suggest some tempering of enthusiasm due to the implication of potential for volatility returning to the markets.

The data remains mostly neutral including all of the one-day McClellan Overbought/Oversold Oscillators (All Exchange:+18.14 NYSE:+25.57 Nasdaq:-19.52).

However, the Investor's Intelligence Bear/Bull Ratio (contrary indicator) stayed bearish at 17.2/47.6 suggesting an excess of bullish sentiment on the part of investment advisors continues.

The percentage of S&P 500 stocks trading above their 50-day moving averages is a neutral 65.9% as is insider buying at a 40.6 Open Insider Buy/Sell Ratio.

Valuation is nearing fair value with forward 12-month earnings estimates for the S&P 500 ticking up to $172.57 per share via Bloomberg. This leaves the forward P/E multiple at 17.8x while the "rule of twenty" finds fair value at 18.3x.

While we would normally be more constructive in our outlook, the VIX, stochastic levels and valuation suggest some degree of caution may be appropriate, thus causing us to maintain our near-term "neutral" outlook.

Get an email alert each time I write an article for Real Money. Click the "+Follow" next to my byline to this article.
TAGS: Investing | Stocks | Technical Analysis | Trading | VIX