Magellan Midstream Partners (MMP) is a publicly traded partnership that primarily transports, stores and distributes petroleum products. The stock was raised to an "overweight" rating with a $57 price target by a major sell-side firm Wednesday. Let's check out the charts and indicators.

In the daily bar chart of MMP, below, we can see two trends over the past 12 months. One larger trend is sideways with prices trading between $45 and $53 for much of the past year. Another trend is up as prices have made higher lows and higher highs from late December. MMP has been crisscrossing the 50-day and 200-day moving averages for several months.

The trading volume looks like it is increasing from January. The On-Balance-Volume (OBV) line shows a decline into February followed by a modest rise. The Moving Average Convergence Divergence (MACD) oscillator is below the zero line but only slightly.

In the weekly Japanese candlestick chart of MMP, below, we can see a sideways consolidation pattern going back to May 2021. Prices have found buying interest around $45 several times and probably more times than rally failures. Prices take the path of least resistance and it may turn out that that path is higher -- the Point and Figure chart should be helpful. The slope of the 40-week moving average line is positive.
The weekly OBV line is in a decline with some recent basing. The MACD oscillator is above the zero line.

In this daily Point and Figure chart of MMP, below, we can see some interesting clues. At the end of 2021 (look for the B and C on the chart for November and December) I can see five columns of X's (rallies) and five columns of O's (declines). The pattern is balanced but in an uptrend so I would give the "edge" to the bulls. The software shows a downside price target of $43 but a trade at $51 or $52 is likely to refresh the uptrend. 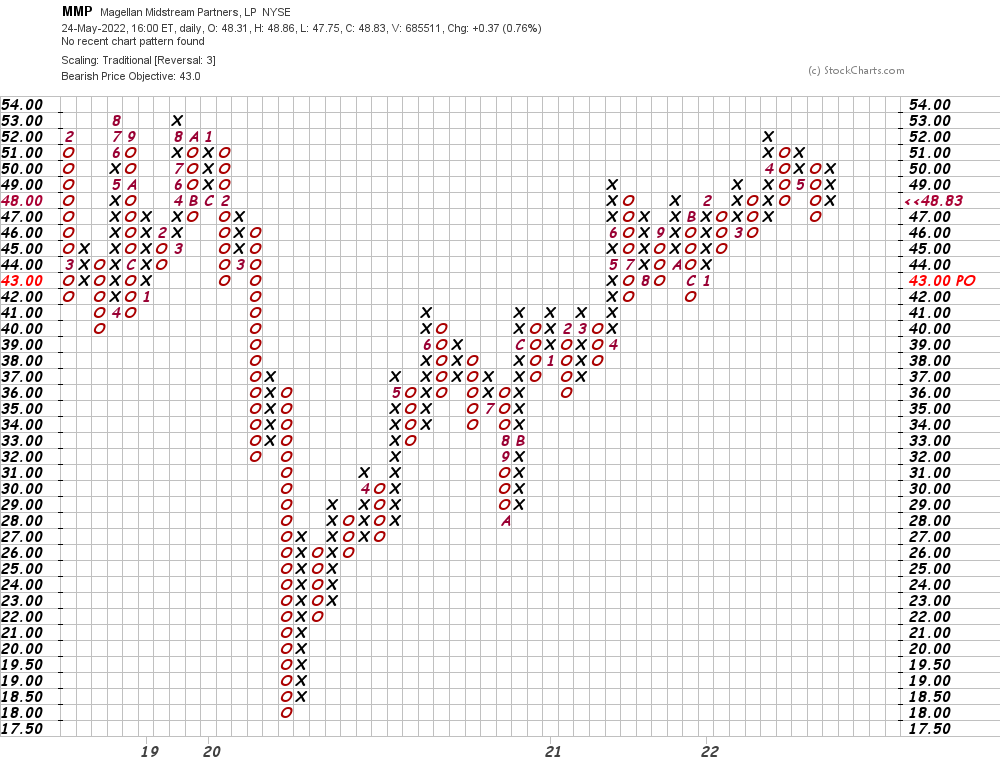 In this weekly Point and Figure chart of MMP, below, we used close-only price data. A lot of price history is shown along with a $62 price target. 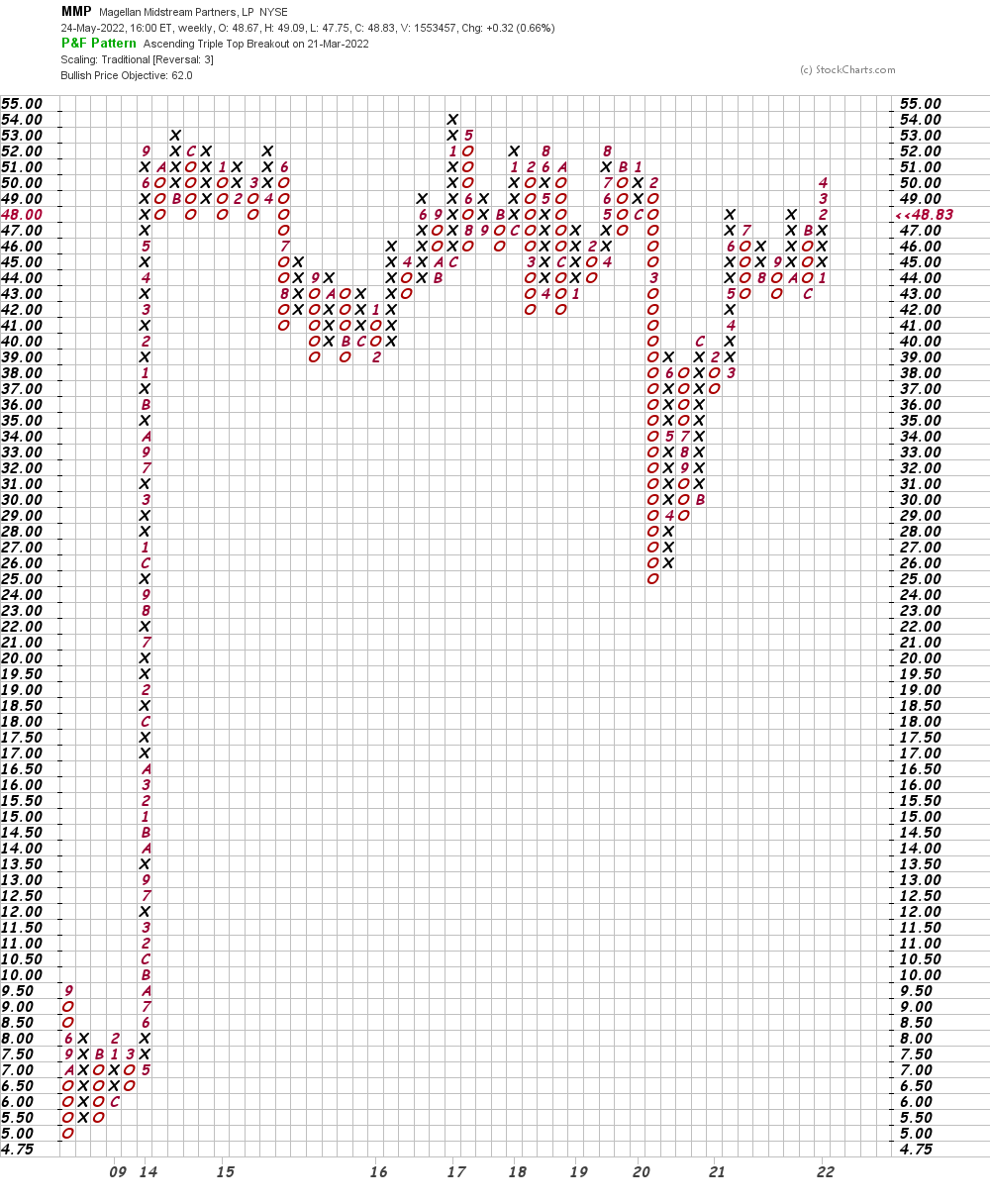 Bottom-line strategy: Traders could go long MMP at current levels. Risk to $45 for now. Our price target is $62 for starters. Enjoy the payout in the meantime.
Get an email alert each time I write an article for Real Money. Click the "+Follow" next to my byline to this article.
TAGS: Investing | MLPs | Stocks | Technical Analysis | Energy | Natural Gas | Analyst Actions |