In the daily bar chart of M, below, we can see that prices have been under selling pressure for most of the past twelve months. The decline picked up speed in August and this month new lows for the move down have been set nearly every day. M is below its declining 50-day moving average line and the bearish 200-day line.

The daily On-Balance-Volume (OBV) line has been in a decline from November telling us that sellers of M have been more aggressive. A new low for the line is possible this week.

In the lower panel is the 12-day price momentum study and I fail to see a slowing in the decline or a bullish divergence.

In this weekly bar chart of M, below, we can see prices making a new low for the move down. M is below the declining 40-week moving average line.

The weekly OBV line peaked in June of last year. The 12-week momentum study shows that the pace of the decline has slowed since February but a bullish divergence has not yet appeared.

In this weekly Point and Figure chart of M, below, we can see a projected downside price target of around $17. 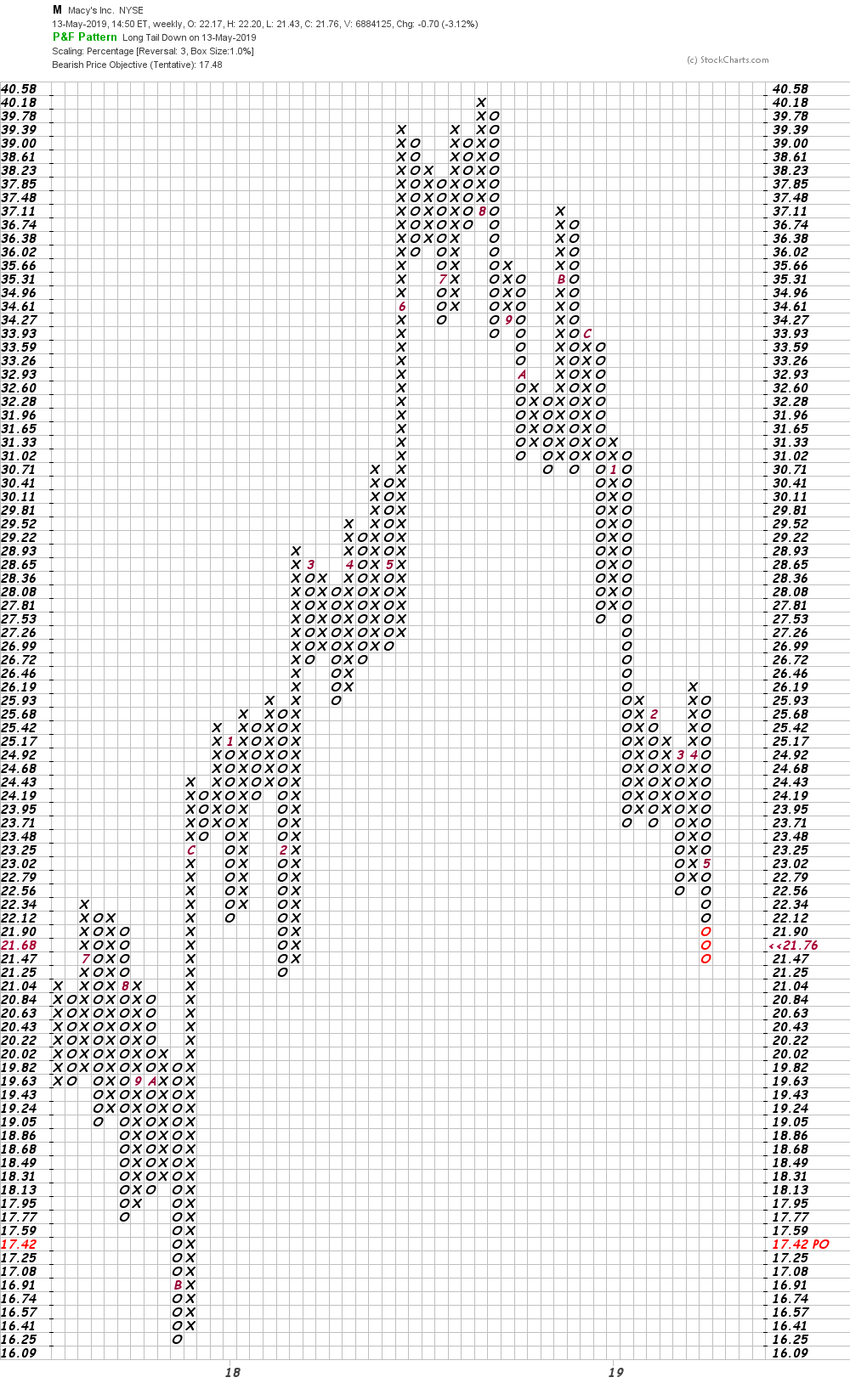 Bottom-line strategy: M could make an oversold bounce at any point but the ingredients for a sustained rally are lacking. I anticipate further declines in the weeks ahead.

Get an email alert each time I write an article for Real Money. Click the "+Follow" next to my byline to this article.
TAGS: Earnings | Investing | Stocks | Technical Analysis | Retail