In this daily bar chart of LULU, below, we can see that the shares were trading above the 50-day and the slower-to-react 200-day moving average lines earlier this month but now are well below these two lagging indicators. LULU looks pointed down for a retest of its early July and late May lows.

The On-Balance-Volume (OBV) line is also pointed down with the price action. The Moving Average Convergence Divergence (MACD) oscillator recently crossed below the zero line for a new outright sell signal.

In the weekly Japanese candlestick chart of LULU, below, we can see what could be a major complex head-and-shoulders top pattern going back two years. The shares are below the declining 40-week moving average line. There is a lack of lower shadows that might have given us confidence that the lows were being rejected.
The weekly OBV line shows a long-term uptrend in the face of weakening price action. The MACD oscillator is close to a downside crossover below the zero line.

In this daily Point and Figure chart of LULU, below, we can see a potential bearish target in the $229 area. 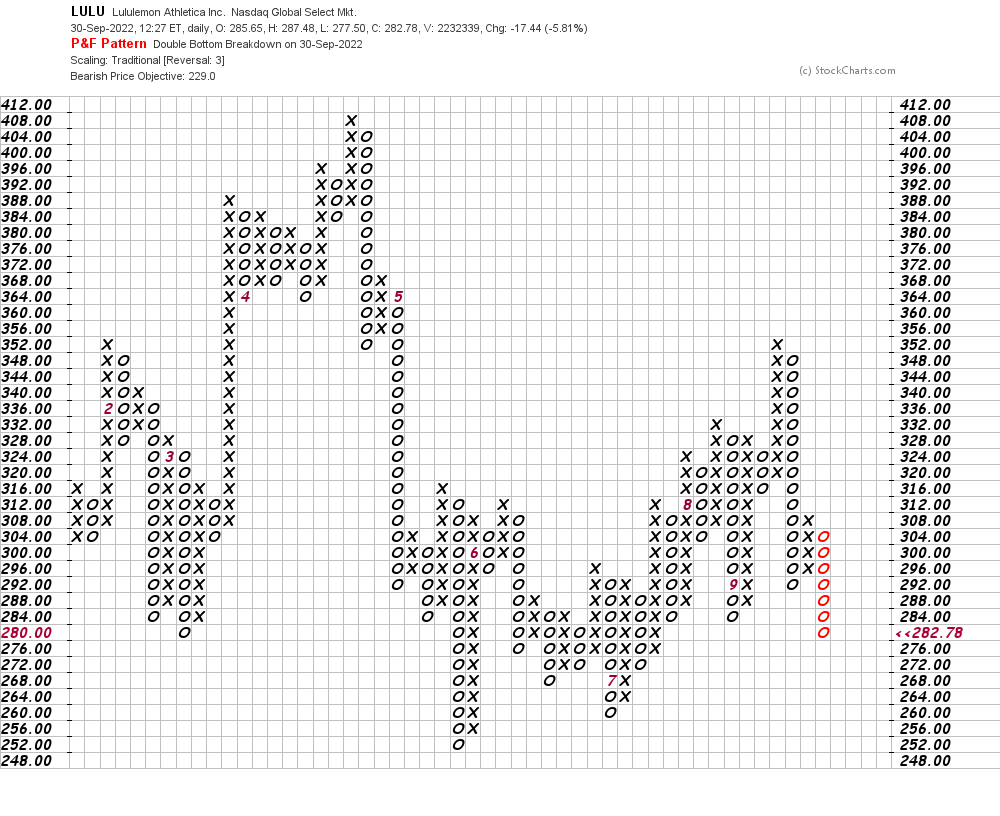 In this weekly Point and Figure chart of LULU, below, a lower price target of $205 is shown. 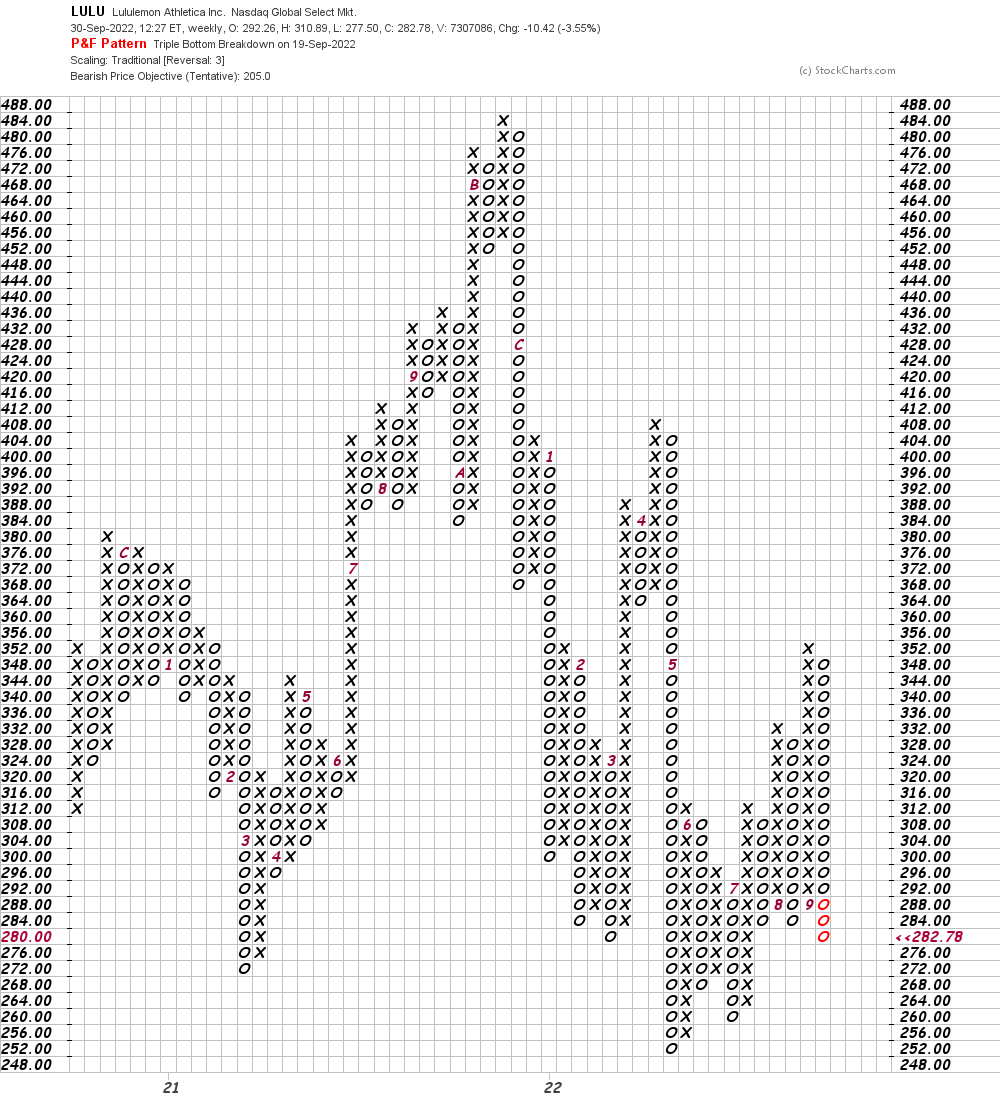 Bottom-line strategy: Some shoppers may say they can't live without the latest line from LULU, but the charts suggest maybe they should -- avoid the long of LULU.
Get an email alert each time I write an article for Real Money. Click the "+Follow" next to my byline to this article.
TAGS: Investing | Stocks | Technical Analysis | Apparel | Consumer Products | Consumer Discretionary