Lululemon athletica (LULU) is already a favorite among women, but it will need to inject more testosterone to keep bulking up its stock.

Shares of the Canadian athleisure company are running rapidly on Thursday, gaining double digits in morning hours, after crushing estimates on Wednesday evening. 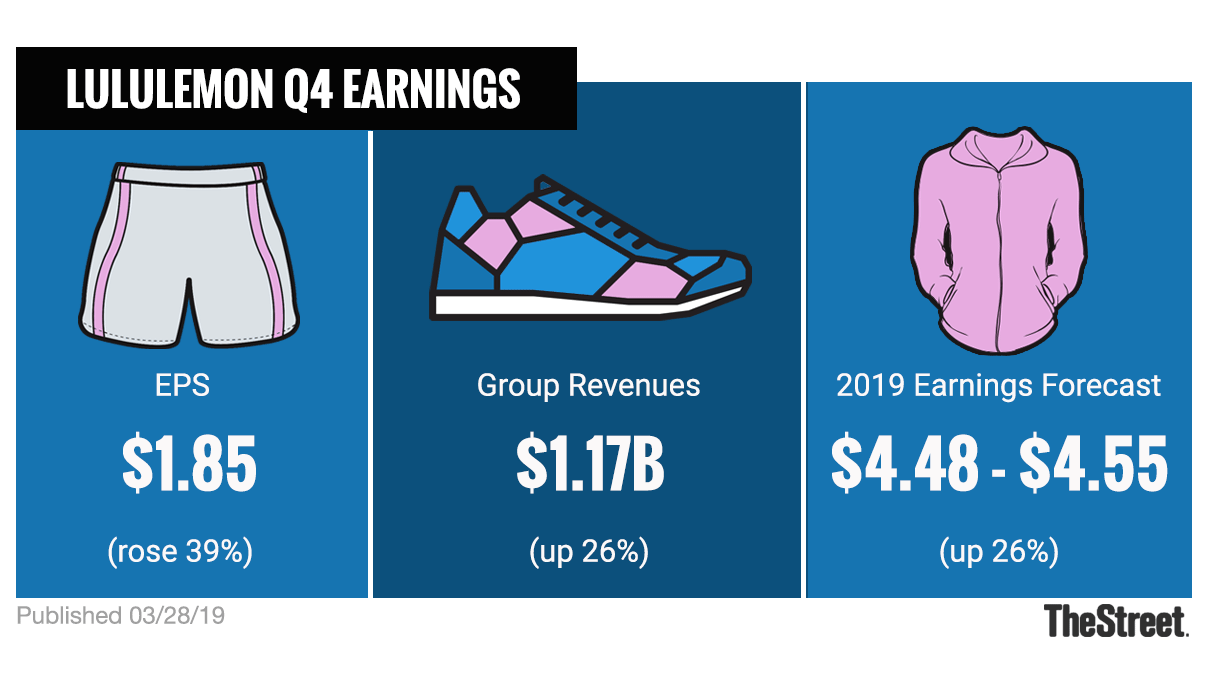 "Men's is one of our largest and most exciting areas of future growth, both for our current and new guests going forward," CEO Calvin McDonald told investors during the evening's earnings call. "We believe this category holds great opportunity for us and is a natural extension for our brand."

So far, analysts have liked what they've seen.

Taking a page from the Deckers Outdoors (DECK) -owned Ugg's book, the company has shifted focus to the National Football League to court male consumers and keep this bull thesis alive.

The company has signed the man that beat Tom Brady in his only Super Bowl appearance, Nick Foles, to hawk its apparel.

Listening to Q3 LULU call. I've got a hedge on, bc no co stays this hot forever, but Lulu was Canadian-Giddy ("It's great... for now") as of December, which was before they raised AND the Foles Impact.

For reference, Ugg's parent company has seen its stock run more than 100% since signing Brady in 2010. While correlation does not equal causation, it's a solid indicator that a visible athlete can help provide a compelling overture to more apprehensive male consumers.

He did not indicate any new athletes that may be brought aboard, but hinted that there might be more detail on the ambassador program at the company's analyst day in late April.

Lululemon is by no means an inexpensive stock. As such, it will need to leverage the areas it has not yet saturated to keep the market appeased.

Aside from international expansion, menswear is the most obvious area to address. Judging by the numbers reported in the fourth quarter, the company is certainly making strides and some estimates put their sales to men at around 40%.

$LULU CC: Men's: launched 2 styles of boxers and is expanding into other categories. Self-care also saw a strong response in its test.

Still, the lack of saturation in menswear in contrast to peers like Under Armour (UAA) , Nike (NKE) , and Adidas (ADDYY) , this will be a key area to watch for investors still looking to get aboard the red hot stock.

Get an email alert each time I write an article for Real Money. Click the "+Follow" next to my byline to this article.
TAGS: Earnings | Investing | Stocks | Apparel | Consumer | Retail | E-Commerce | China | Analyst Actions | Stock of the Day