In his Real Money column "These Companies Are Here to Thrive, Now and Post-Pandemic" Jim Cramer called out Lululemon Athletica (LULU) as a big winner in the retail space, after the company announced its first major acquisition earlier Tuesday.

In the daily Japanese candlestick chart of LULU, below, we can see that prices have made a sizable rally from the March low -- more than a double in less than three months. In early June prices got too far above the rising 50-day moving average line. Prices have been weakening this month and the latest company news did not propel prices to new highs. On a short-term basis we can see two upper shadows above $315.

In the weekly Japanese candlestick chart of LULU, below, we can see the "8 to 10 record highs" pattern from March. This pattern tells us that a stock is extended on the upside and vulnerable to a reversal. The reversal pattern comes in the last week of May and the first week of June as a bearish engulfing pattern.

The Japanese technical analysts treat a reversal a little different than Western analysts. A top reversal on a candlestick chart could be a turn lower and it can be a turn from up to sideways.

In this Point and Figure chart of LULU, below, we can see that there is a fair amount of volume in the $294 to $322 area. Weakness below $294 is likely to precipitate further selling. 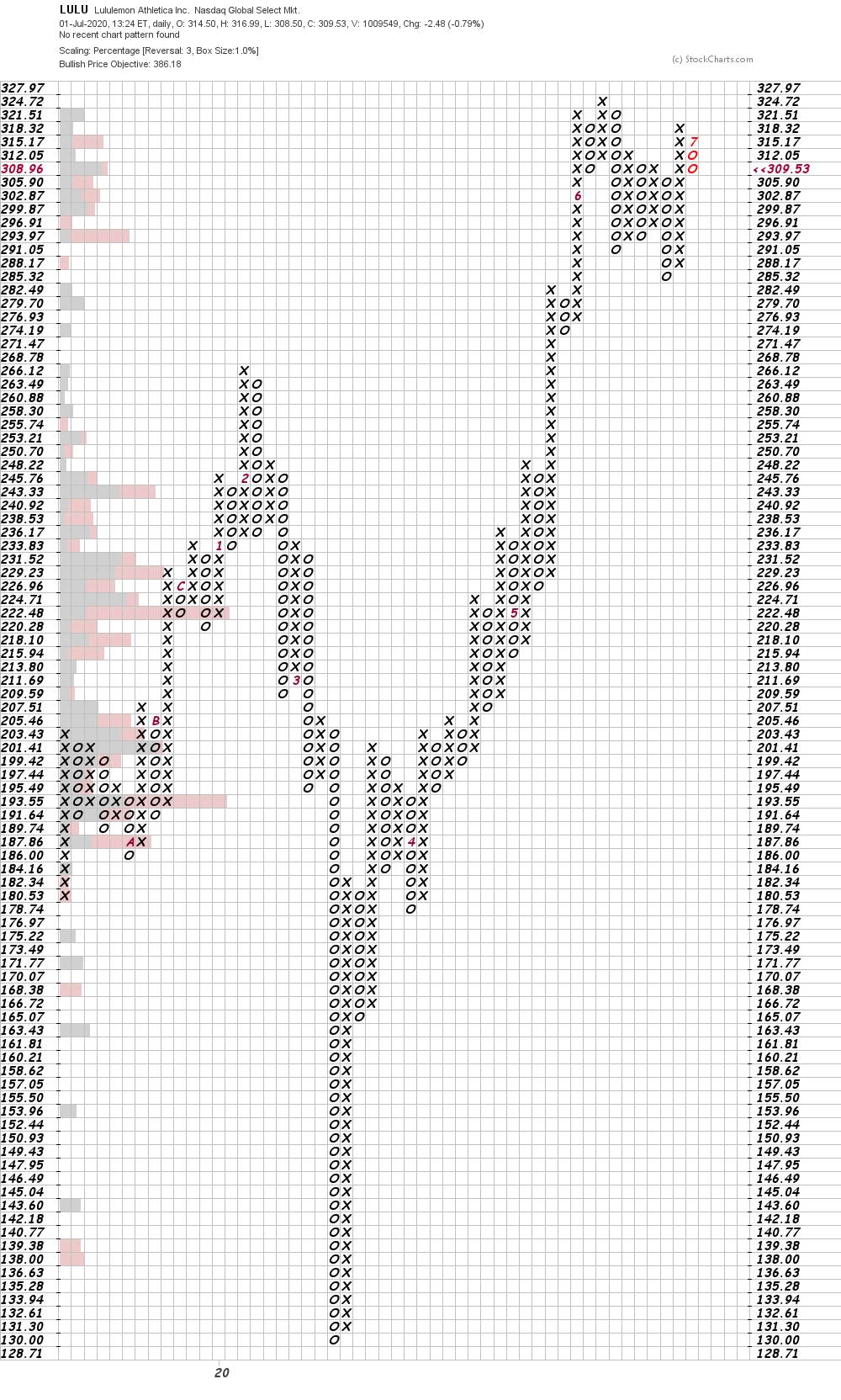 Bottom-line strategy: I have underestimated the strength in LULU a number of times in the past. Will this time be different? Traders and investors who are long LULU should watch their positions closer.