Recently lululemon athletica  (LULU) survived a test of the rising 200-day moving average line. This simple math-driven technical indicator of trend has a large following for better or worse. Prices could recover further in the days ahead and perhaps into year-end but more serious questions remain about the topping price action since June.

Let's check out the latest charts.

In the daily bar chart of LULU, below, we can see that prices hit a peak in early October and quickly declined more than $40/share. Prices broke below the rising 50-day moving average line and a bounce in early November stopped short of the 50-day line and then the slope of the line turned negative. LULU held the still rising 200-day line the past week or so but we could see further testing.

The trend-following Moving Average Convergence Divergence (MACD) oscillator is below the zero line in bearish territory but it has narrowed toward a possible or potential cover shorts buy signal.

In the weekly bar chart of LULU, below, we can see that prices touched the rising 40-week moving average line. The weekly OBV line shows more of a decline and more aggressive selling than the daily OBV line (above).

The weekly MACD oscillator is falling sharply after a take profits sell signal.

In this Point and Figure chart of LULU, below, we can see a large pattern that has the potential to be bearish. A decline to $116.52 on this chart would be bearish as it represents a new low for the move down. There appears to be little support and no volume at price bars below that point. Above the market there are two pockets of resistance. 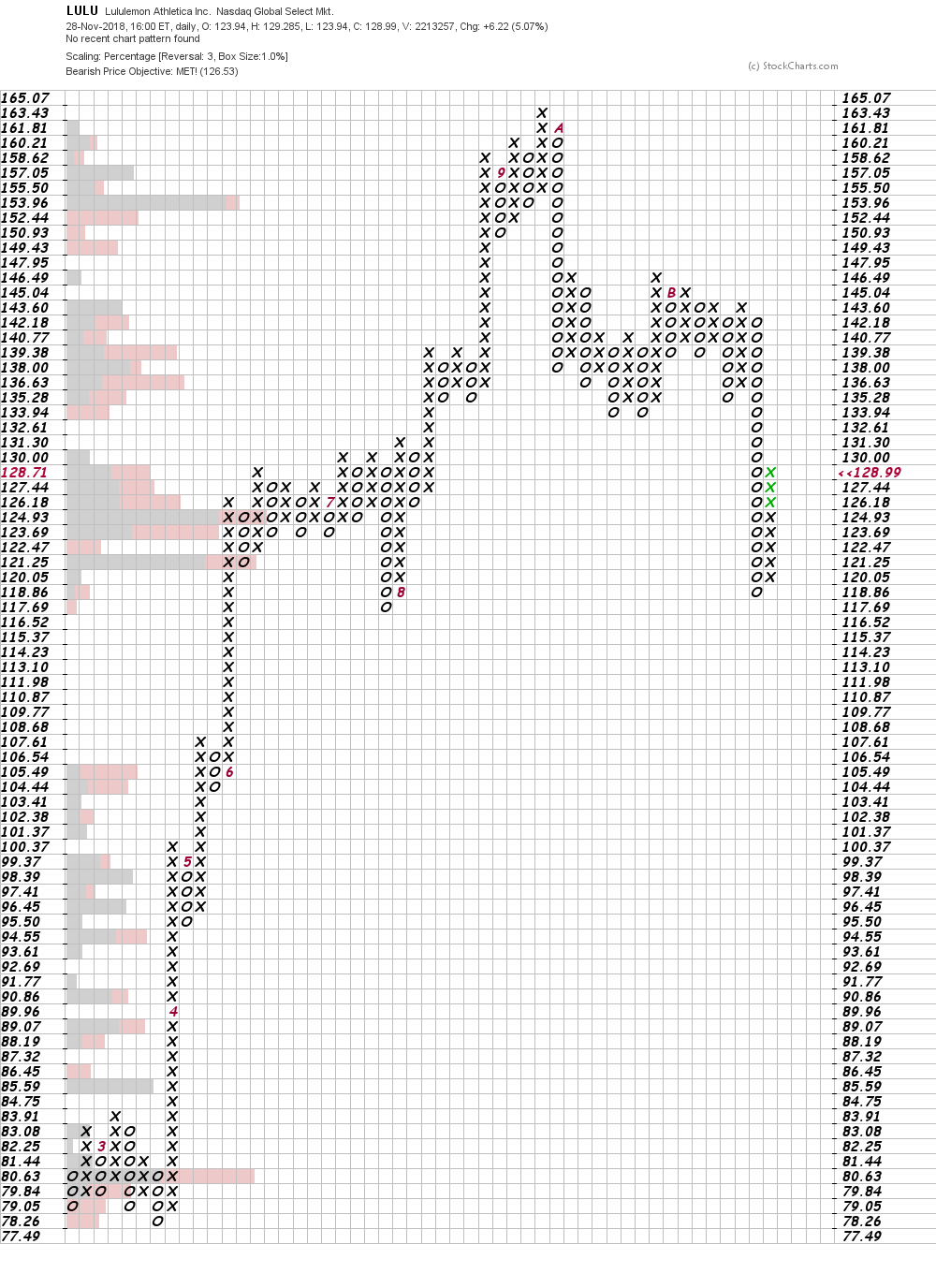 Bottom-line strategy: LULU tripled over the past three years. Can it go higher? Sure, but I think the weight of the technical evidence would keep me on the sidelines from going long. We could see a modest price recovery into the year-end but after that I would be very cautious.

EPAM Systems: Is It Time to Buy or Sell?

Here's how I see it.

After the Worst Half Since the '70s, What's in Store for the Second Half?

The short answer is a rough patch, especially if the housing market takes a serious tumble.

Want a Break from Chip Stock Ugliness? Check Out This Biotech ETF and Stock

The SPDR S&P Biotech ETF is one of the better-looking charts on this trader's screen, as is an individual biotech name.