For his final "Executive Decision" segment of Mad Money Wednesday night, host Jim Cramer checked in with Vince Roche, president and CEO of Analog Devices Inc. (ADI) , the semiconductor maker that has agreed to acquire rival Maxim (MXIM) for $68 billion.

Roche said that Analog Devices is well-positioned for the coming 5G wireless rollout.

Analog Devices is also a major player in automotive technology. Roche explained that semiconductors and software are what will define the future of cars. In the area of electric cars, his company is very active in battery management technologies.

Let's check out the charts of ADI.

In the daily bar chart of ADI, below, we can see that the shares made a sharp decline from mid-February to mid-March but retraced the entire decline by early June. Prices did not push aggressively up to new highs but have been trading sideways to lower since early June. ADI pulled back in late July to retest the rising 200-day moving average line and is currently trading just below the cresting 50-day moving average line.

The On-Balance-Volume (OBV) line moved up from March to early July telling us that buyers of ADI have been more aggressive but the line has weakened in recent weeks and suggests that some traders are reducing their long exposure. The Moving Average Convergence Divergence (MACD) oscillator slipped below the zero line in July for a sell signal.

In the weekly bar chart of ADI, below, we can see a mixed picture with respect to the price action and indicators. The shares broke below many support areas this year and its subsequent recovery has not turned all the indicators strong again. Prices are above the rising 40-week moving average line.

The weekly OBV line shows a rise from March but also a deep set back in July. Buyers of ADI and not consistently aggressive in this time frame. The MACD oscillator is above the zero line but has narrowed close to a possible bearish crossover.

In this Point and Figure chart of ADI, below, we can see that the charting software is projecting an upside price target of $128, which would be a new high/breakout. 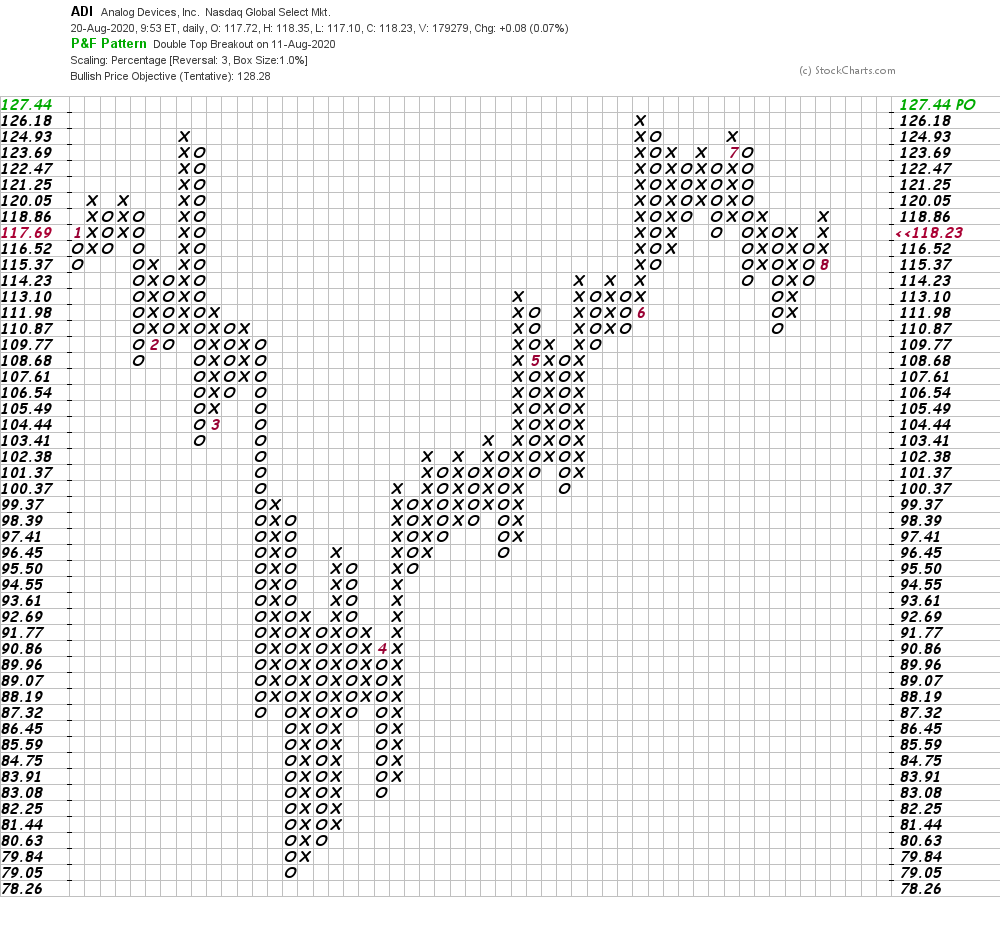 In this weekly Point and Figure chart of ADI, below, we used weekly close-only price data with a five-box reversal filter. Here we can see a potential $280 price target. 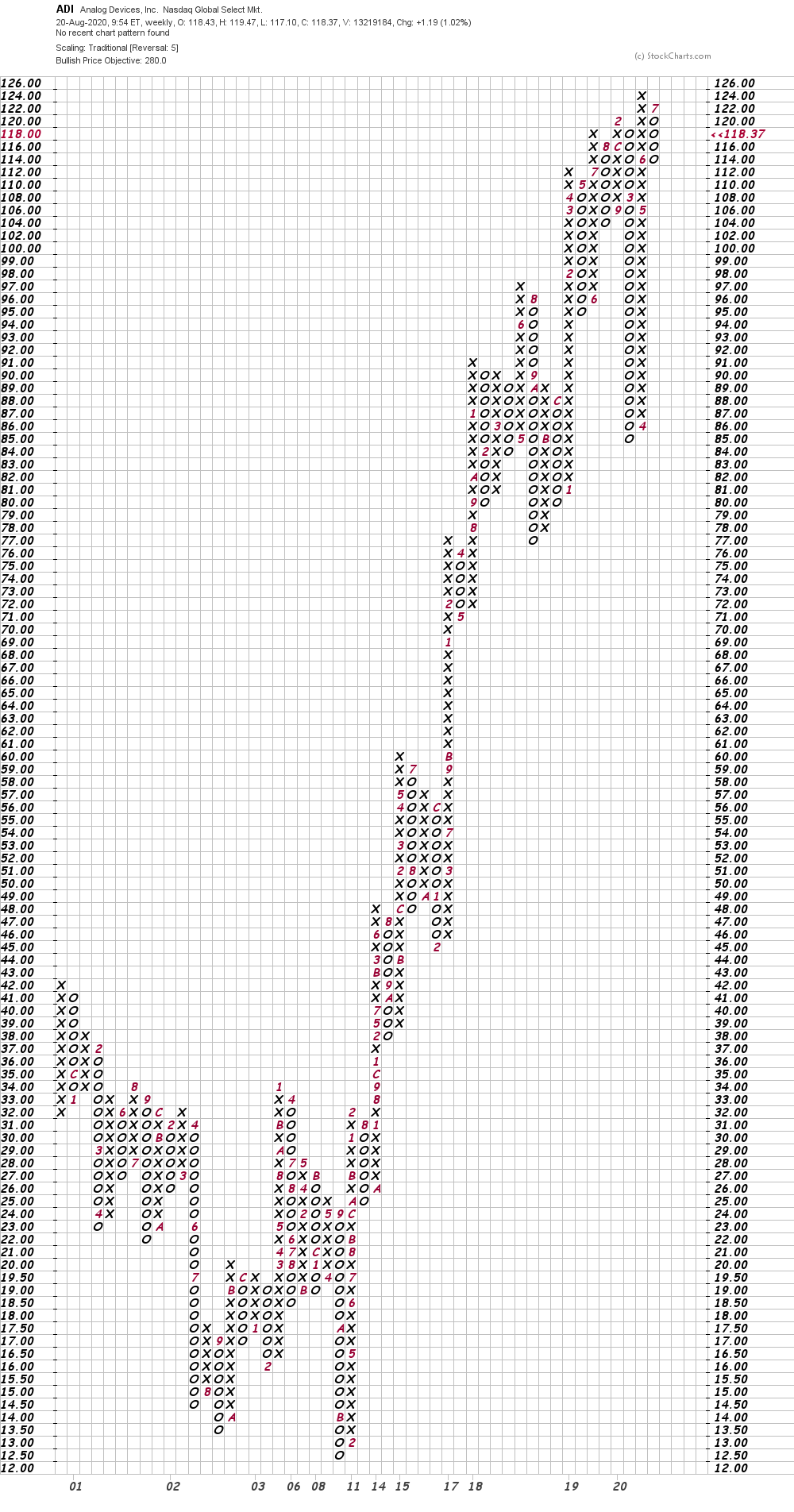 Bottom-line strategy: Traders looking to go long ADI or add to existing longs should wait for an upside breakout over $128. Risk a close below $114 after purchases.

Get an email alert each time I write an article for Real Money. Click the "+Follow" next to my byline to this article.
TAGS: Mergers and Acquisitions | Investing | Stocks | Technical Analysis | Semiconductors & Semiconductor Equipment | Technology | Mad Money | Executive Interview