"I'm a big believer in speculation," Jim Cramer told viewers of Mad Money Friday evening. But only if it's informed speculation, he added. Case in point: hydrogen. For years, investors have been losing money betting on hydrogen as a bridge fuel to a renewable future. But now, the technology may have finally caught up with the hype, making hydrogen fuel cells worth speculating on.

Cramer said Linde Plc (LIN) is the safe way to play the hydrogen market. The company has been trialing hydrogen buses and trains in Germany and China for the past 18 months and even if 1% of all heavy-duty trucks converted to hydrogen, it would create a $20 billion opportunity for Linde.

The On-Balance-Volume (OBV) line shows a peak in late July followed by a decline telling us that sellers of LIN were more aggressive leading into the price high and after it. The Moving Average Convergence Divergence (MACD) oscillator peaked in late July and moved below the zero line for a sell signal in September.

In the weekly bar chart of LIN, below, we can see that prices gapped lower last month and the slope of the 40-week moving average line is beginning to slow.

The OBV line shows a lower peak in August than back in February and this is a large bearish divergence when compared to the price action. The MACD oscillator crossed to the downside last month for a take profits sell signal.

In this daily Point and Figure chart of LIN, below, we can see a potential upside price target in the $266 area. 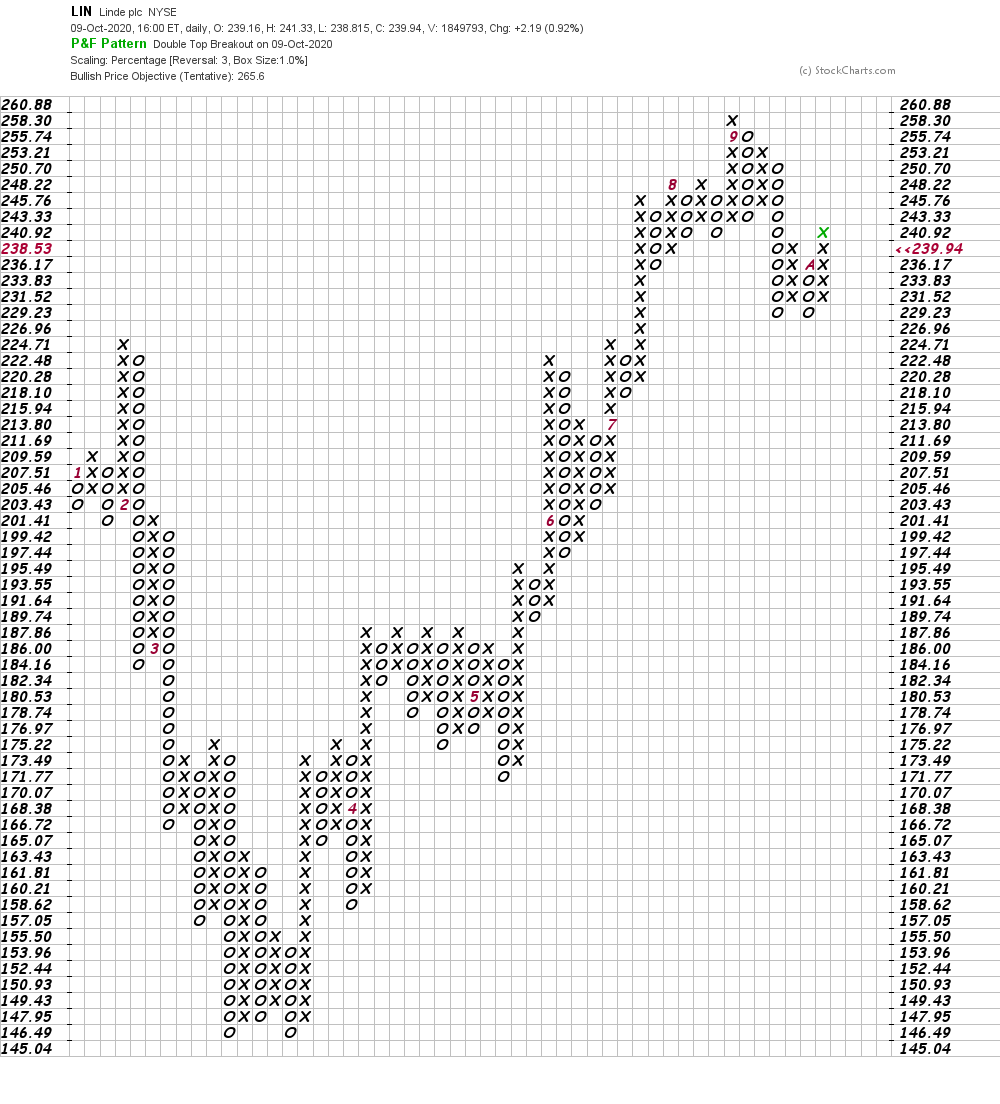 In this weekly Point and Figure chart of LIN, below, we can see a possible downside price target in the $203 area -- a big difference from the daily chart. 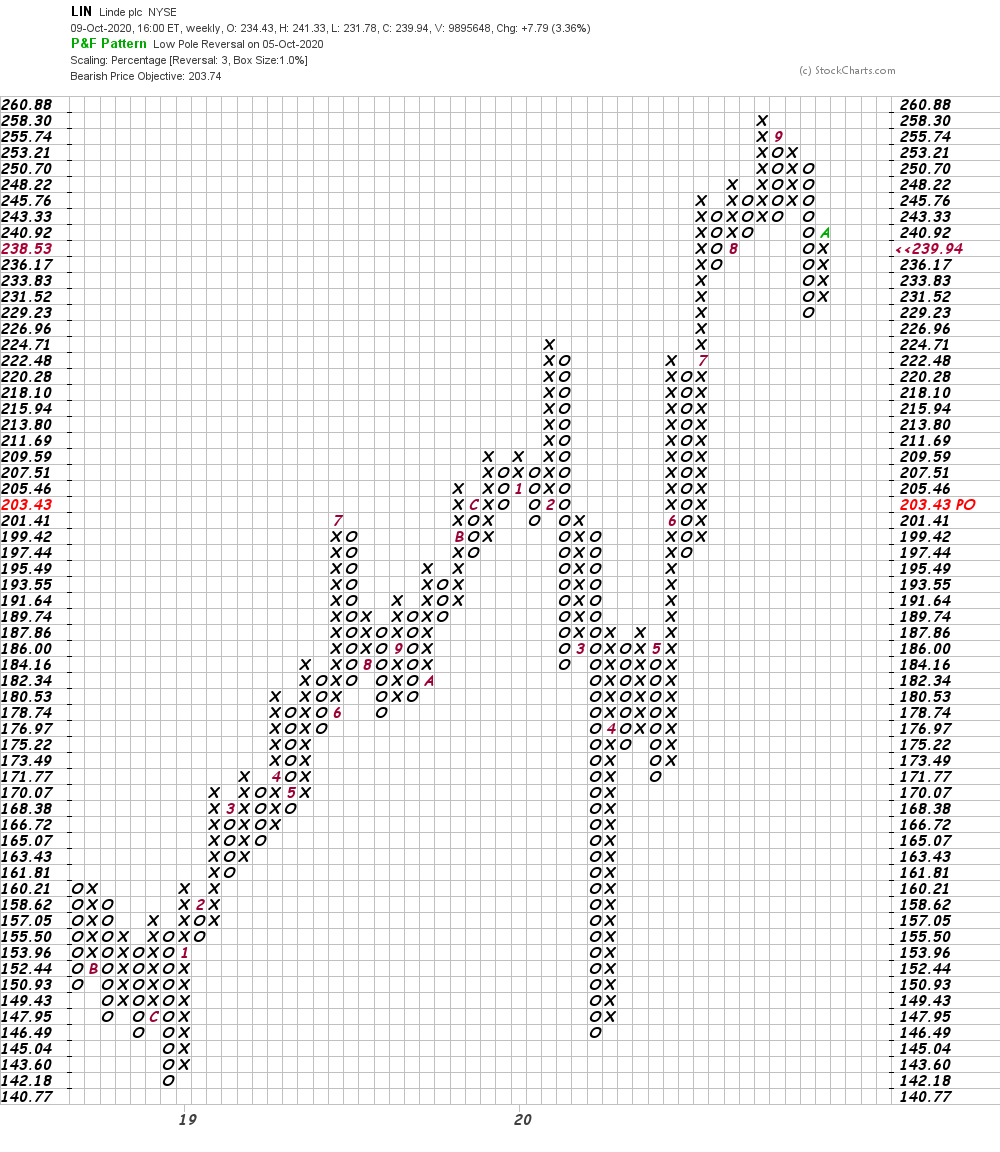 Bottom-line strategy: Aggressive traders who are disciplined enough to use a $229 sell stop could go long LIN at current levels for a possible rally to the $265 area. Otherwise, stand aside for now.
Get an email alert each time I write an article for Real Money. Click the "+Follow" next to my byline to this article.
TAGS: Investing | Stocks | Technical Analysis | Automotive | Technology | Industrials | Mad Money