So, here we are, just a few points from the 50-day moving average on the S&P 500. It's so obvious that I'd bet my mother will call any minute now to ask if I think it will hold. My response to her -- and to anyone else who asks -- would be: Let it break!

You see, if it breaks, we would get all those people who only look at charts casually to fuss because, you know, we broke the 50-day moving average. The key is what direction is the moving average heading? Since 50 trading days ago was early July, unless the S&P trades under 4300 in a substantial manner, the moving average is still heading upward.

But let's talk about what seems to be on everyone's mind this week: When, oh when, will we get short-term oversold? My own Oscillator will get oversold on Monday. Remember, it need not be the exact day, but somewhere close to it.

The McClellan Summation Index is currently heading down. It now requires a net differential of positive 1,600 advancers minus decliners on the New York Stock Exchange to halt the decline. At positive 2,000 it takes a step into oversold territory. At positive 4,000, it gets extreme. 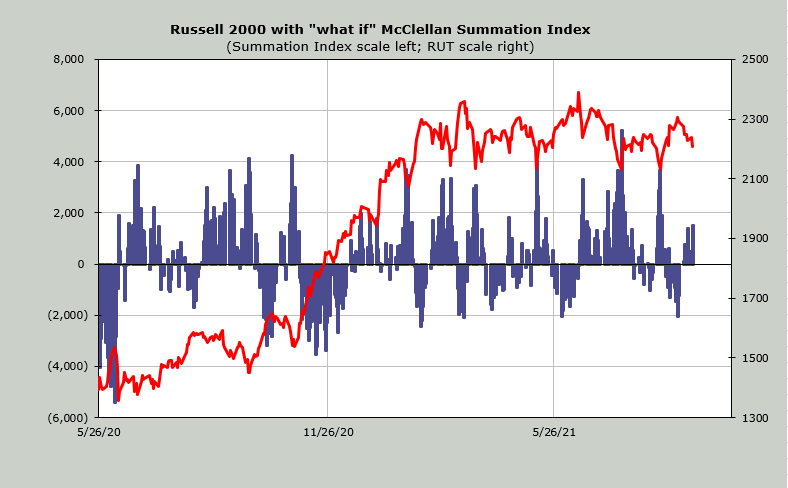 When I look at the Nasdaq Momentum Indicator and perform a "what if?" exercise, I must report I don't get any sign of over-soldness in the course of the next week. When I do the same exercise, however, for the Russell 2000, and walk this small-cap index down 100 points over the next week, I find that the Momentum Indicator stops going down on Friday. The thinking is that if lower prices can't make the indicator go lower, it is the definition of oversold, because it means the index is losing downside momentum. A reminder that it's great when it's the exact date, but it's meant to give us a general time frame, not perfection (which I do strive for and rarely achieve). 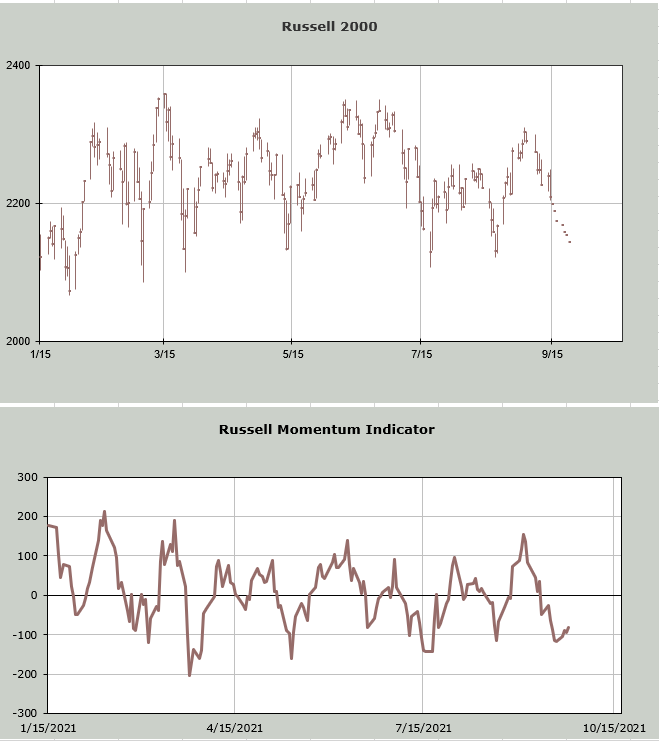 About a week ago, when the pattern in the market began to shift, I explained that it wasn't so much that we got x number of down days in a row that mattered, but the fact that we hadn't gotten so many consecutive red days in so many months that mattered. I said it indicates a change in the market and I still believe that to be the case.