Sometimes I like to make observations and comment on the markets. You know, anecdotal evidence, such as a few weeks ago when I had that dentist from Connecticut who insisted the markets only go up. So, naturally, I had to discuss dentists and markets, which apparently don't mix well together.

That's the joy I get from writing daily.

But sometimes I just want to focus on statistics and indicators. Today is one of those days. So let's start with sentiment, since I see everyone highlighting the American Association of Individual Investors (AAII) as bullish, because everyone is so bearish. Well they highlighted it as bullish in the morning on Thursday but as soon as we sold off I saw no references to it whatsoever (oops, there I go with the commentating again!)

The AAII bulls are down to 21% (remember, low for the bulls is bullish here). That's the lowest we have seen since the summer 2020. The bears jumped up to near 40%, the highest since spring of 2020 as well. OK, as far as indicators go, these say sentiment among this cohort is bearish, too bearish. 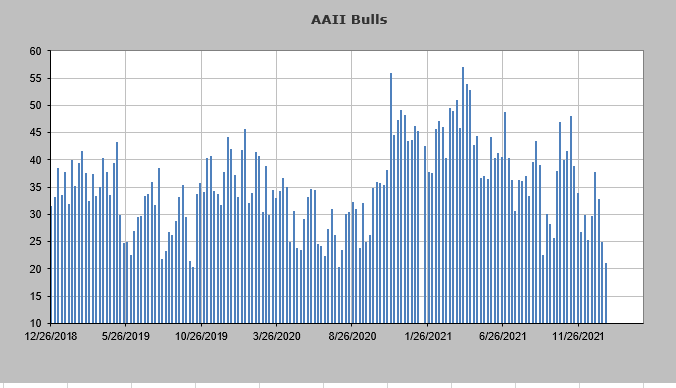 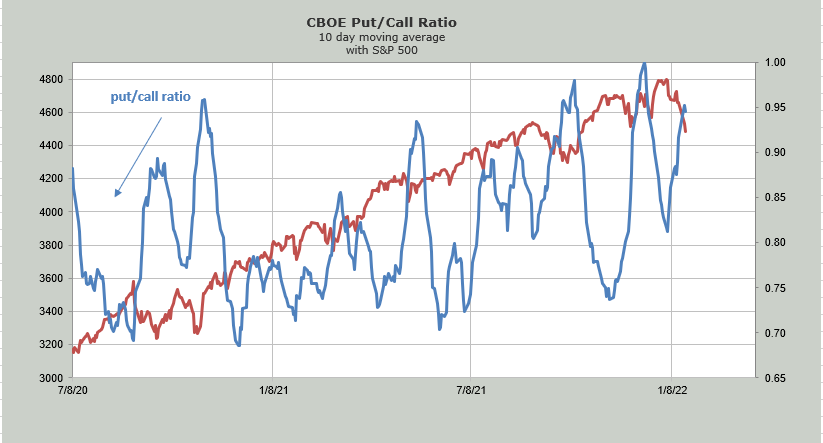 The National Association of Active Investment Managers (NAAIM) shows their exposure is now at 56, down from 74 a week ago. In mid -December it was at 52[ it was 55 in early October. It was extreme at 42 in May, and under 20 in March of 2020. So I'll say at 56, the complacency has been wrung out.

Then there is the Daily Sentiment Index (DSI) for Nasdaq, which is at 25. Just over a week ago, it was near 60. A reading in the single digits was last seen at 4 in March 2020. It was over 90 in early November. So at 25 we are definitely getting closer to an extreme. (Note the S&P is at 38, so it is not close to an extreme).

Are we oversold? Nasdaq is awfully close to a short-term oversold condition using my own Oscillator. It has even made a higher low (a minor positive divergence).

The NYSE also has a higher low, but the math behind it says there is room to fall further.

Back to Nasdaq, when I use the Nasdaq Momentum Indicator where I plug in lower closes for Nasdaq over the next week, I discover that on Wednesday of next week, it stops going down and heads up, which is the definition of oversold. Keep in mind that the exact day is not as important as the fact that we are heading into the zone. 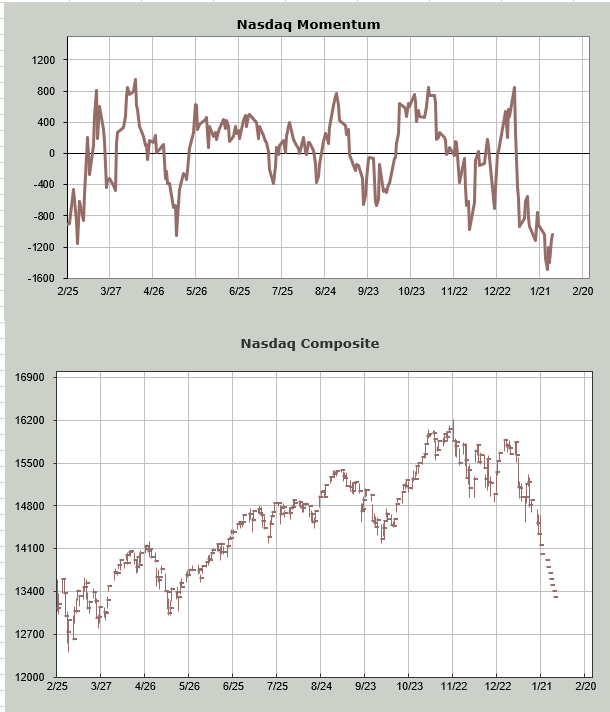 Nasdaq has not shown an increase in new lows in the last two trading days. I'll call that a minor positive since the selling may come back with the Netflix (NFLX) news on Thursday. However, the fact is Nasdaq has lost 350 points in the last two days and the new lows are still fewer than the 817 we saw on Tuesday. Fewer new lows tell us the selling is drying up in what's been down.

So you can see we have some items that showing early signs of improving enough for a bounce next week. If there were some extreme readings and we had the intermediate-term indicators oversold, then I would think we can do more than bounce.

I still think this year will be about more volatility not less.