Many believe the market was a lot easier when five stocks kept going up and therefore the market indexes were held up. But now that those handful of stocks have decided to join the rest of the stocks on the downside, folks have gotten concerned.

Maybe instead of focusing on the big-cap indexes and the beloved mega-cap names, we should be looking at the stocks that have been in downtrends for the last several months. Why? Because at some point, those stocks should see the selling dry up. After all, it is common market lore that when they start selling the fan favorites, they are finally getting bearish. And until they sell and clean it up, it's hard to go up again.

So what are the "others" doing? Well the number of stocks making new lows has still not surpassed last Monday's reading and remain far from the August reading. Thus we say the selling in those names has begun to dry up. It has moved to what's not been sold yet. This is ultimately a market positive.

The breadth of the market says something similar. The cumulative advance/decline line made its high months ago, in June. That's the blue line on the chart. You can see how the majority of stocks began their slide in July while the favored few kept marching on. That was the narrow market we witnessed all summer.

But now notice that the brown line (the S&P) has made a lower low than August and last Monday but the cumulative a/d is still above those levels. That means the selling has shifted to the index movers. Again, ultimately this is a positive for the market. 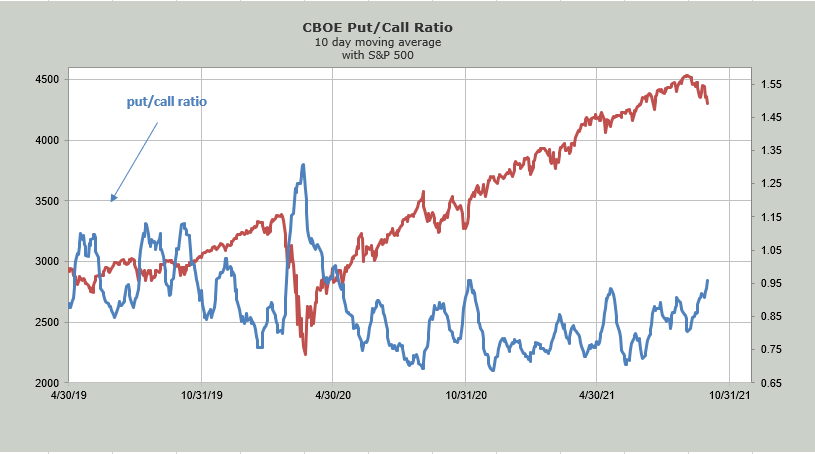 The National Association of Active Investment Managers (NAAIM) has finally moved. It is now at 55. A few short weeks ago this was kissing 100. That's a shift. It would be terrific to get this under 50. As a reminder it was at 44 at the May low. 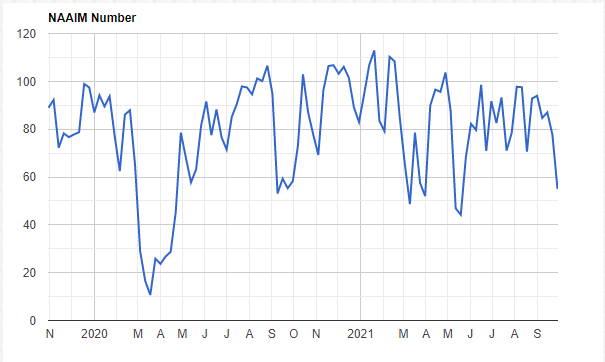 I have thought that the market could rally again this week, but thus far I've been wrong. I would still like to see one more rally in the next few days.