One caller during the Lightning Round of Mad Money Monday night asked Jim Cramer about Leidos Holdings (LDOS) . "This one probably goes to $100 a share."  I had to look up the company to see what they did and found they are "an American defense, aviation, information technology, and biomedical research company." You probably need some sort of security clearance to work there but I don't need one to look at the charts and indicators today.

In the daily bar chart of LDOS, below, we can see that prices made a strong rally from late December. Only recently have prices moved below the cresting moving average line.

Trading volume appears to be light but the On-Balance-Volume (OBV) line shows a rising pattern from December signaling more aggressive buying.
The Moving Average Convergence Divergence (MACD) oscillator has been weakening for several months and has diverged from the price action. The MACD oscillator is now close to a sell signal.

In the weekly bar chart of LDOS, below, we see a mixed picture. Prices are above the rising 40-week moving average line but they also look extended above that line. When prices get too far away from the 40-week line they can tend to be drawn back to it.

The movement of the OBV line matches the price move and the MACD oscillator on this time frame has crossed to the downside for a take profits sell signal.

In this Point and Figure chart of LDOS, below, we can see some distribution (selling) and a potential downside price target of $76. 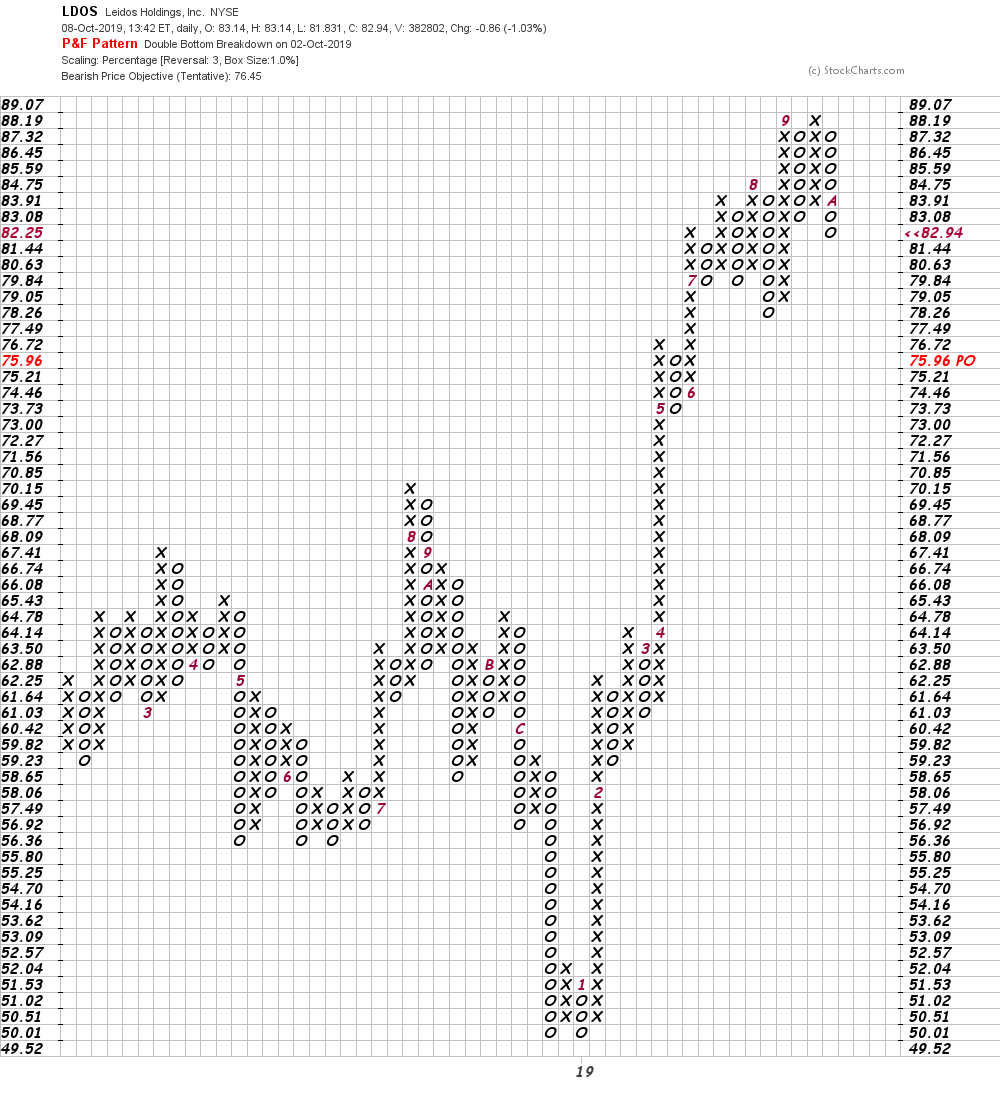 Bottom-line strategy: I am not sure where LDOS is going in the long run -- $100 seems like a good target. In the short run LDOS could correct a bit lower to the $76 area.
Get an email alert each time I write an article for Real Money. Click the "+Follow" next to my byline to this article.
TAGS: Investing | Stocks | Technical Analysis | Aerospace | Technology | Mad Money