During the "Lightning Round" of Friday's Mad Money program on CNBC, Jim Cramer commented on Leggett & Platt, Inc. (LEG) saying, "I like it very much but this is a housing bear market so I can't recommend it even with a 4% yield."

Let's review the charts and indicators of LEG to see if there is a price level that would interest us in buying.

In the daily bar chart of LEG, below, we can see a downtrend with an accelerated decline in the month of October. LEG has generated a number of bearish signals while its recent recovery bounce is likely to fail. Prices are well below the declining 50-day moving average line and the bearish 200-day average line. In early October the 50-day line crossed below the 200-day line for a bearish dead cross signal.

The daily On-Balance-Volume (OBV) line has generally followed the direction of the market and turned down hard from the middle of September as sellers became more aggressive. The trend-following Moving Average Convergence Divergence (MACD) oscillator crossed to the upside at the beginning of November for a cover shorts buy signal.

In this weekly bar chart of LEG, below, we went back five years to show the large top formation from early 2015. Prices are below the declining 40-week moving average line. The weekly OBV has been in a decline from the beginning of 2018 and signals increased selling pressure.

The weekly MACD oscillator has been bearish the past 14 months and is still pointed down.

In this Point and Figure chart of LEG, below, we can see the large top formation and a bearish downside price target of $24 being projected. 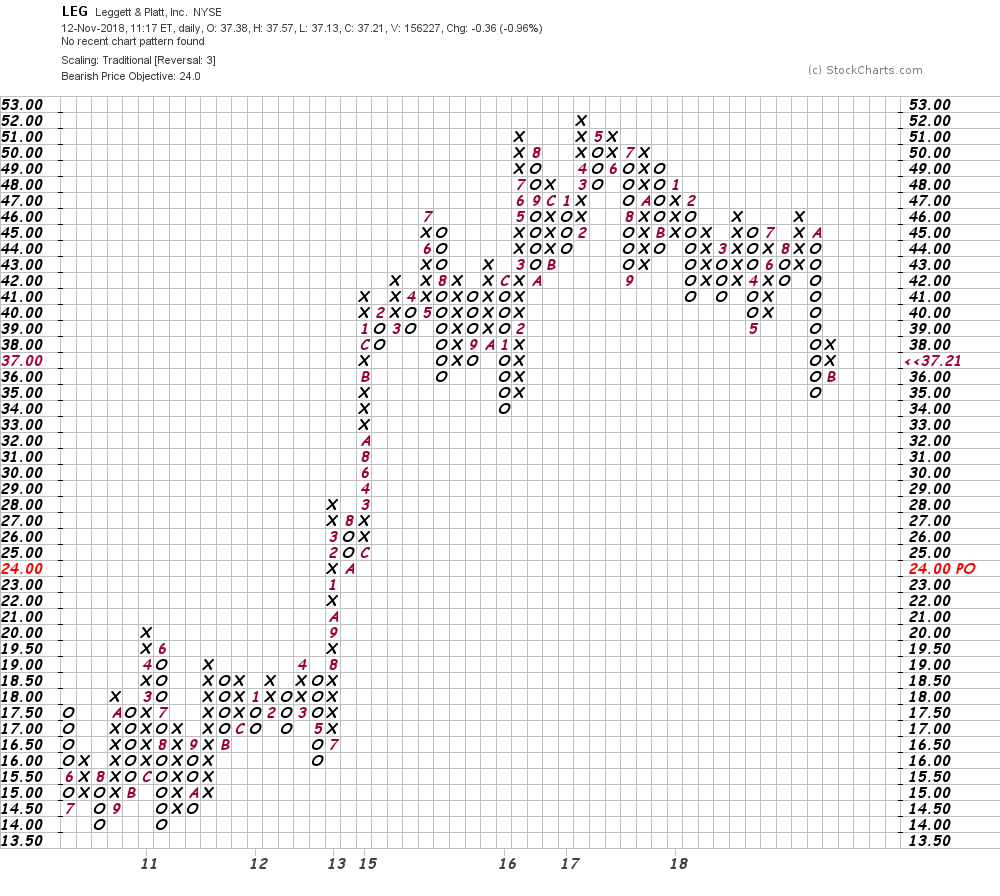 Bottom-line strategy: LEG shows a large top formation on the weekly bar chart and the Point and Figure chart. If you are attracted to the yield on LEG remind yourself that $24 is our downside price target.