Near the top of Tuesday's Mad Money program, Jim Cramer told viewers about playing a game he called, "Mercy or No Mercy." Cramer said shares of Kroger Co. (KR) had been left for dead earlier this year as investors fled from the grocery stocks. But Tuesday, KR shares soared 11% after the company told analysts it's forecasting between $2.30 and $2.40 a share in earnings for the year, well beyond the $2.19 they had originally forecast.

Interesting.
Let's check out the latest charts and indicators.
In the daily bar chart of KR, below, we can see that prices have been improving since July. Prices moved above the 50-day moving average line in August and the slope of the line became positive in September. The price of KR has been crossing above and below the declining 200-day moving average line several times over the past two months but now the stock is clearly above this indicator.
The daily On-Balance-Volume (OBV) line bottomed in July and has been improving the past three months telling us that byers of KR have been more aggressive. The trend-following Moving Average Convergence Divergence (MACD) oscillator moved above the zero line in early August for an outright go long signal. Another buy signal was given as we moved into November.

In the weekly bar chart of KR, below, we can see a wide sideways trend for the stock the past two years, but things have started to improve the past four months. Prices are now above the bottoming 40-week moving average line.
The weekly OBV line made a low in July and its improving direction tells us that buyers of KR have become more aggressive. At the beginning of August the MACD oscillator crossed to the upside from below the zero line. This turn higher is considered a cover shorts buy signal. Crossing the zero line is now closer and that would be an outright buy signal.

In this first Point and Figure chart of KR, below, we can see that prices have met an upside price target. 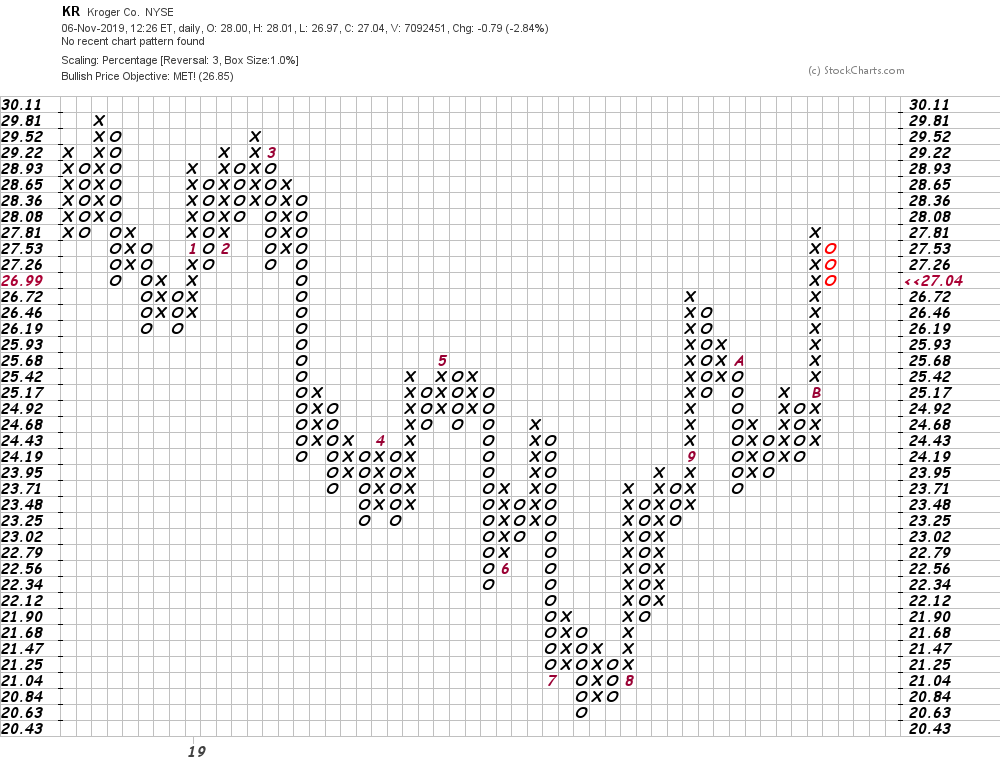 In this second Point and Figure chart of KR, below, we used weekly close-only data to get a longer-term perspective. Here we show a potential upside price target of $35. 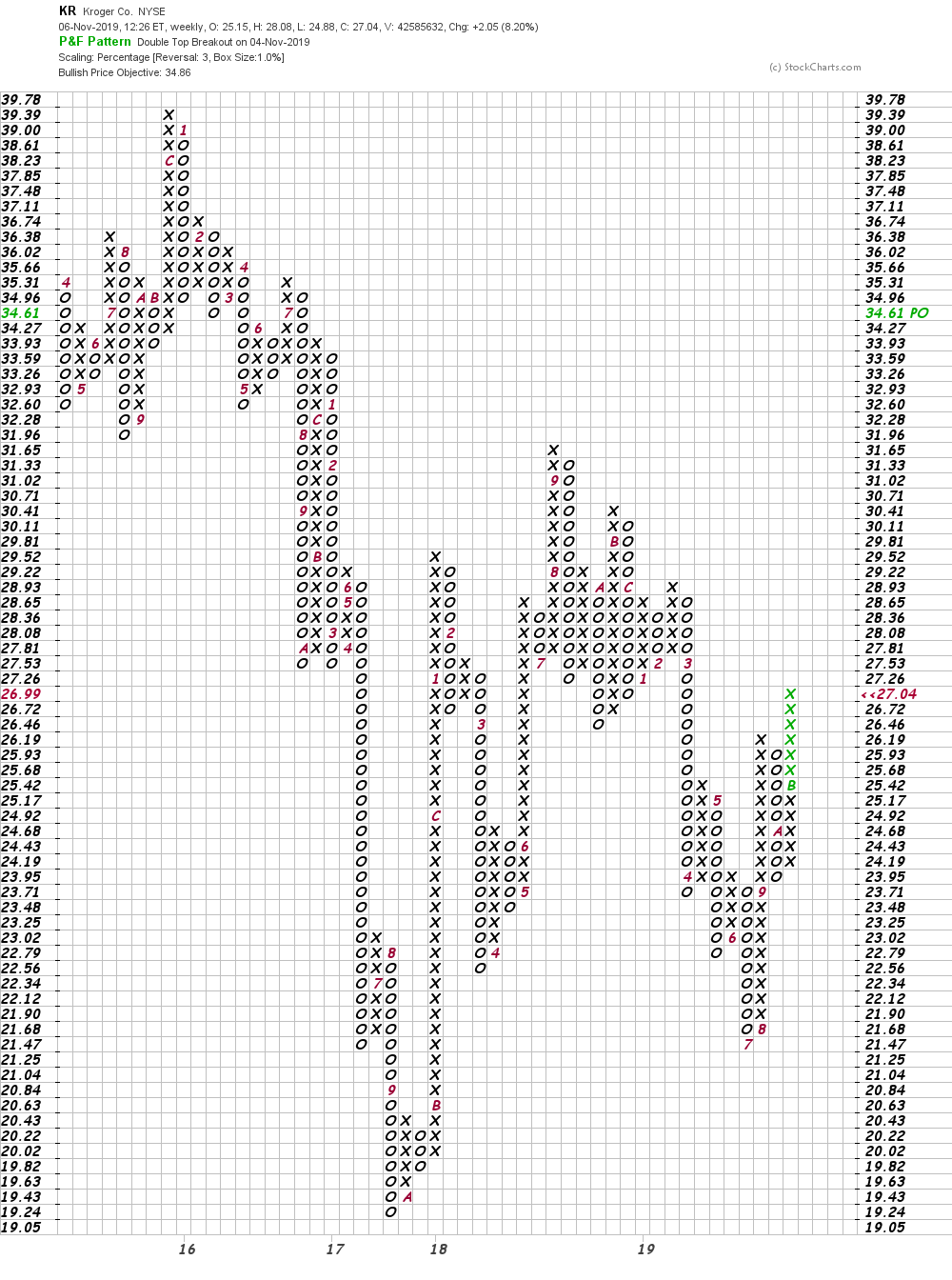 Bottom-line strategy: The grocery business does not seem very exciting when compared to a new cancer drug or a new cloud application but the charts point to gains in the weeks ahead. Traders could go long KR at $27 or better risking a close below $24 while looking for a rally to the $35 area.
Get an email alert each time I write an article for Real Money. Click the "+Follow" next to my byline to this article.
TAGS: Investing | Stocks | Technical Analysis | Food & Staples Retail | Mad Money | Consumer Products | Consumer Discretionary