During Friday's Mad Money program Jim Cramer presented his game plan for the week. Thursday brings earnings from Kroger Co. (KR) . Cramer said Wall Street fell in love with Kroger after Warren Buffett took a stake in the company, but with increased competition, that love isn't likely to last.

Let's check out the charts of KR ahead of Thursday's earnings to see if we find any love or just heartache.

In the daily bar chart of KR, below, we can see the price activity of the past 12 months. Unlike stocks that were crushed in February and March, KR traded in a volatile sideways pattern before resuming its uptrend. Prices turned sideways from late April but the slopes of the 50-day moving average and the 200-day moving average have stayed positive.

The daily On-Balance-Volume (OBV) line actually rose in March and then turned neutral from April, which suggests we are seeing a balance between buyers and sellers. The Moving Average Convergence Divergence (MACD) oscillator has been weakening since March and now is just slightly above the zero line. Not a real robust picture.

In the weekly bar chart of KR, below, we can see the price movement of the last three years. Prices are in an uptrend from last July and above the rising 40-week moving average line.
The weekly OBV line shows a rise from last July but weakness from April. The MACD oscillator shows that it narrowed significantly and could cross to a take profits sell signal on this time frame if prices weaken further.

In this daily Point and Figure chart of KR, below, we can see that the software has projected a potential downside price target of $31. 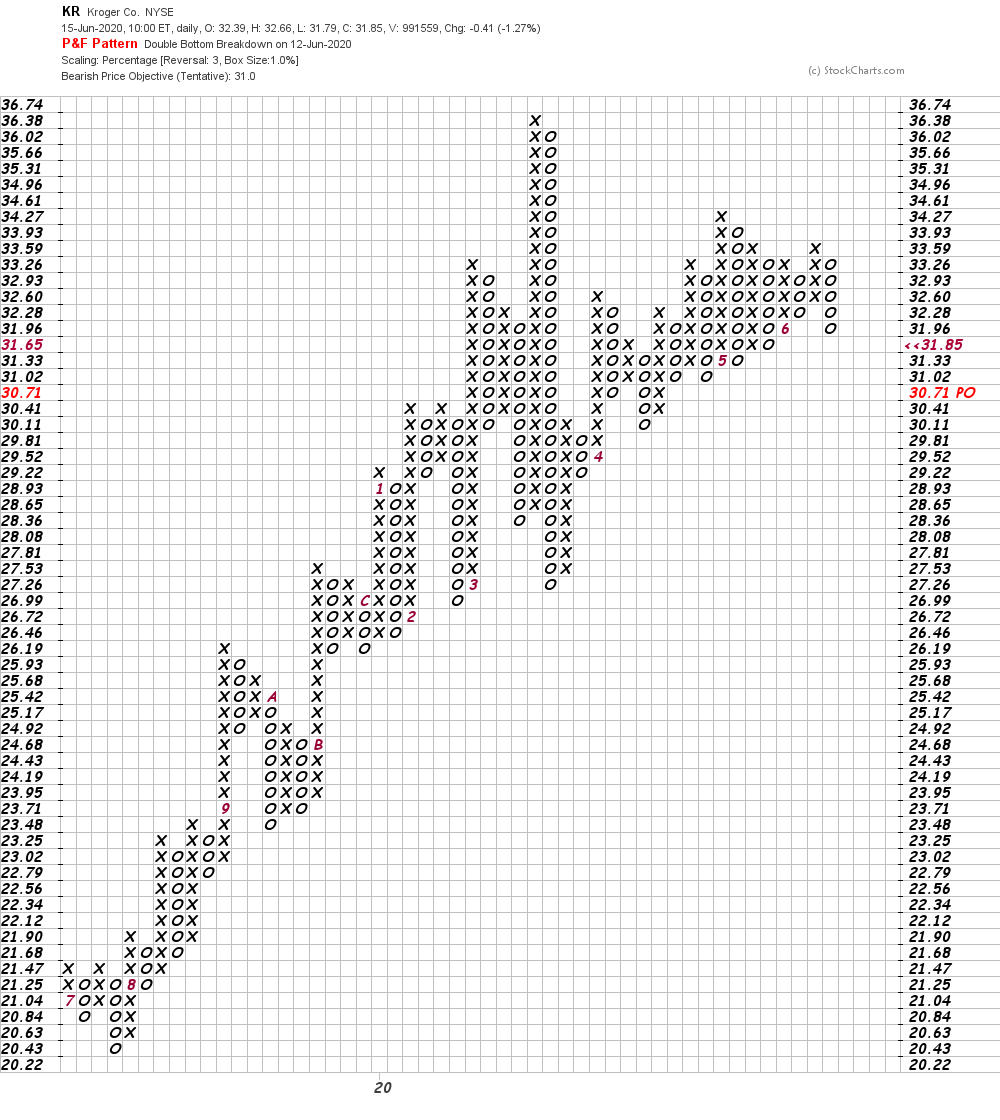 In this weekly Point and Figure chart of KE, below, we can see that this time frame generates a $28 downside price target. 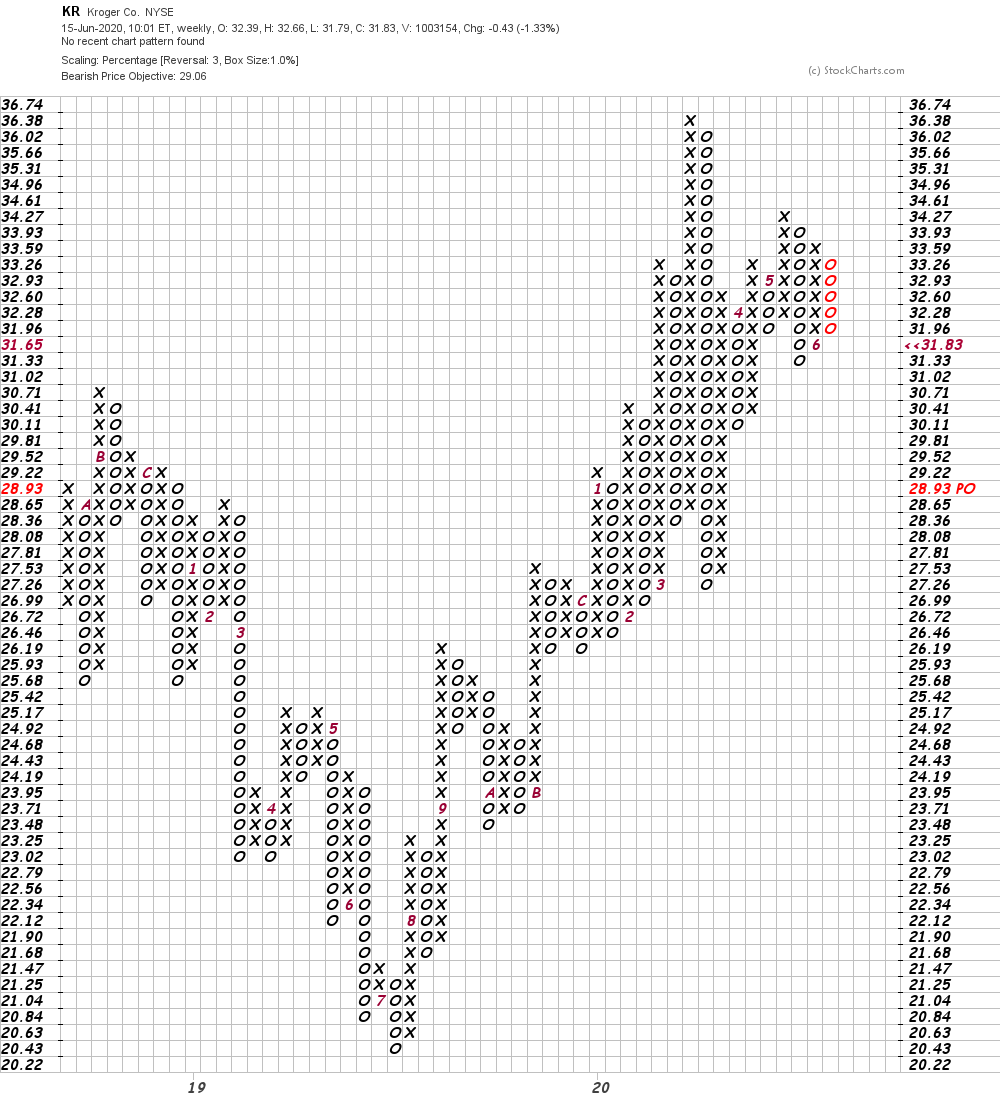 Bottom-line strategy: KR has been stalled in recent weeks and the indicators have weakened. KR's charts indicate the stock could decline into the $31 to $28 area in the weeks ahead. A break of the March low is possible but the Point and Figure charts are not indicating that at this point in time.
Get an email alert each time I write an article for Real Money. Click the "+Follow" next to my byline to this article.
TAGS: Investing | Stocks | Technical Analysis | Food & Staples Retail | Mad Money | Earnings Preview