During Tuesday night's Mad Money program Jim Cramer suggested that investors need to steer clear of the industrials, which are levered to growth in China, and many of the retailers such as Kohl's Corp. (KSS) .

Let's check out the charts of KSS and see how much weakness we should brace for in the weeks ahead.

In the daily bar chart of Action Alerts PLUS holding KSS, below, we can see a downward bias to the chart. There was a November/December decline from $83 down to $59 and more recently a decline from $76 down to $54. Both declines included gaps to the downside. Prices are below the declining 50-day moving average line and the bearish 200-day line.

The On-Balance-Volume (OBV) line shows a decline from early September and tells us that sellers have been more aggressive even when KSS has rallied. The Moving Average Convergence Divergence (MACD) oscillator in the lower panel is below the zero line for an outright sell signal.

In the weekly bar chart of KSS, below, we can see that prices broke support around $60 and then next chart support (reading the chart from right to left) is in the $45-$35 area.

The 40-week moving average line is in a downtrend and the weekly OBV line is turning lower. The MACD oscillator is below the zero line in sell territory.

In the weekly Point and Figure chart of KSS, below, we can see a longer-term downside price target around $36 or the bottom end of the $45-$35 support area mentioned above. 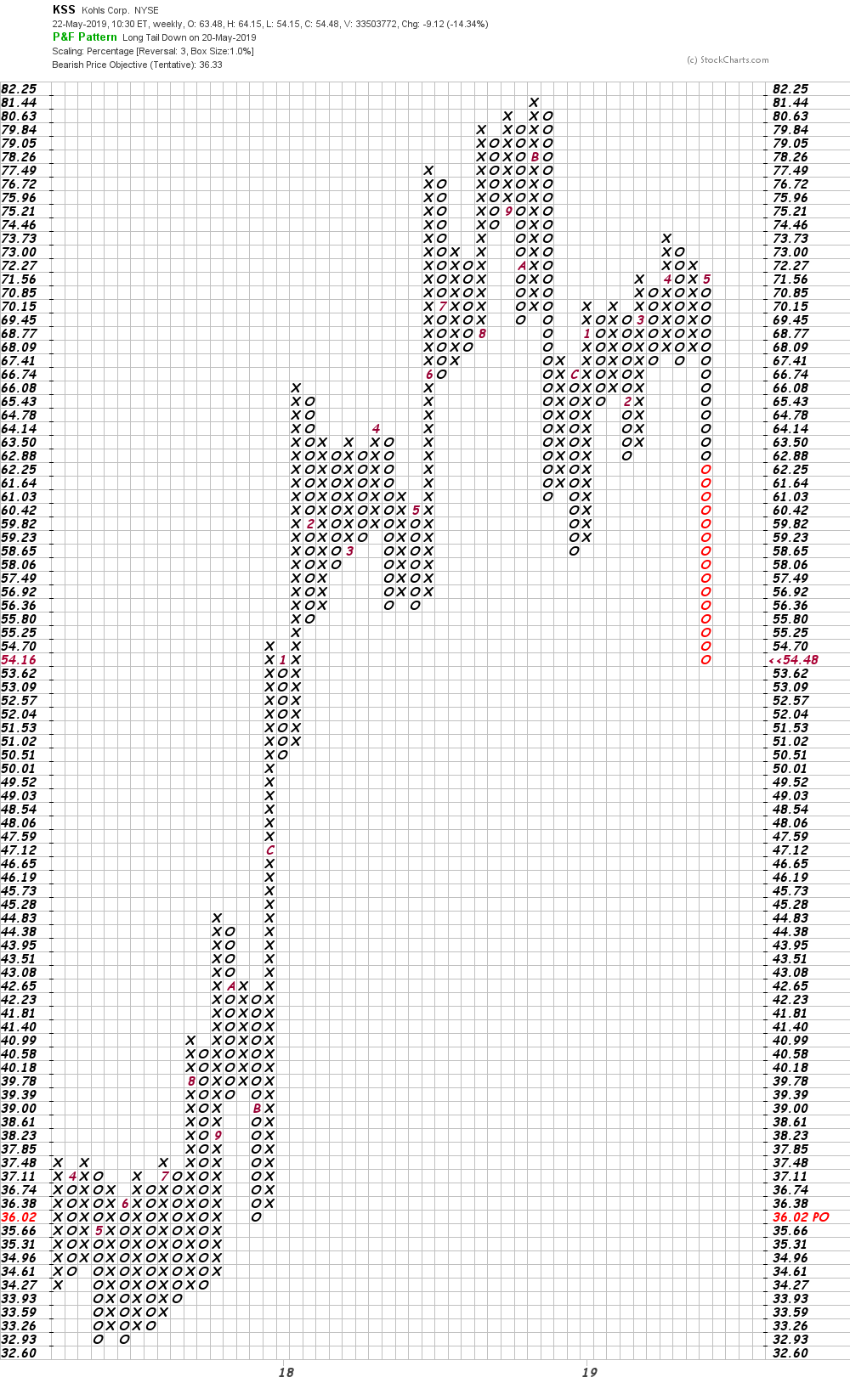 Bottom-line strategy: KSS is in a weak technical position after gapping below key support around $60. Don't fight the tape as KSS is probably heading lower in the weeks and months ahead.