During Friday's Mad Money program Jim Cramer looked at a number of companies that were due to report their latest earnings figures this week. Tuesday the non-essential retailer, Kohl's Stores Inc. (KSS)  , is scheduled to report its numbers. Cramer advised viewers of selling Kohl's into any strength.

Let's check out the latest charts.

In the daily bar chart of KSS, below, we can see that prices have been in a downtrend the past 12 months. Prices declined sharply with the broader market losses from February into the middle of March but slipped to a lower low in early April. Prices moved sideways the balance of April and so far in May. Prices are above the declining 50-day moving average line today largely because prices moved sideways rather than because of the strength of the chart.

The daily On-Balance-Volume (OBV) line has moved sideways and thus shows only a balance between buyers and sellers. The Moving Average Convergence Divergence (MACD) oscillator has narrowed and remains below the zero line -- not a picture of strength.

In the weekly bar chart of KSS, below, we can see that prices have been weak since around the middle of 2018, which tells us that KSS's problems did not surface in February of this year. Prices are below the declining 40-week moving average line.
The weekly OBV line has been weak since April 2019. The MACD oscillator has been narrowing in recent weeks but still has not yet crossed to a cover shorts buy signal.

In this Point and Figure chart of KSS, below, we used daily price data to produce the X's and O's. A potential upside price target in the $25-$26 area is being projected. 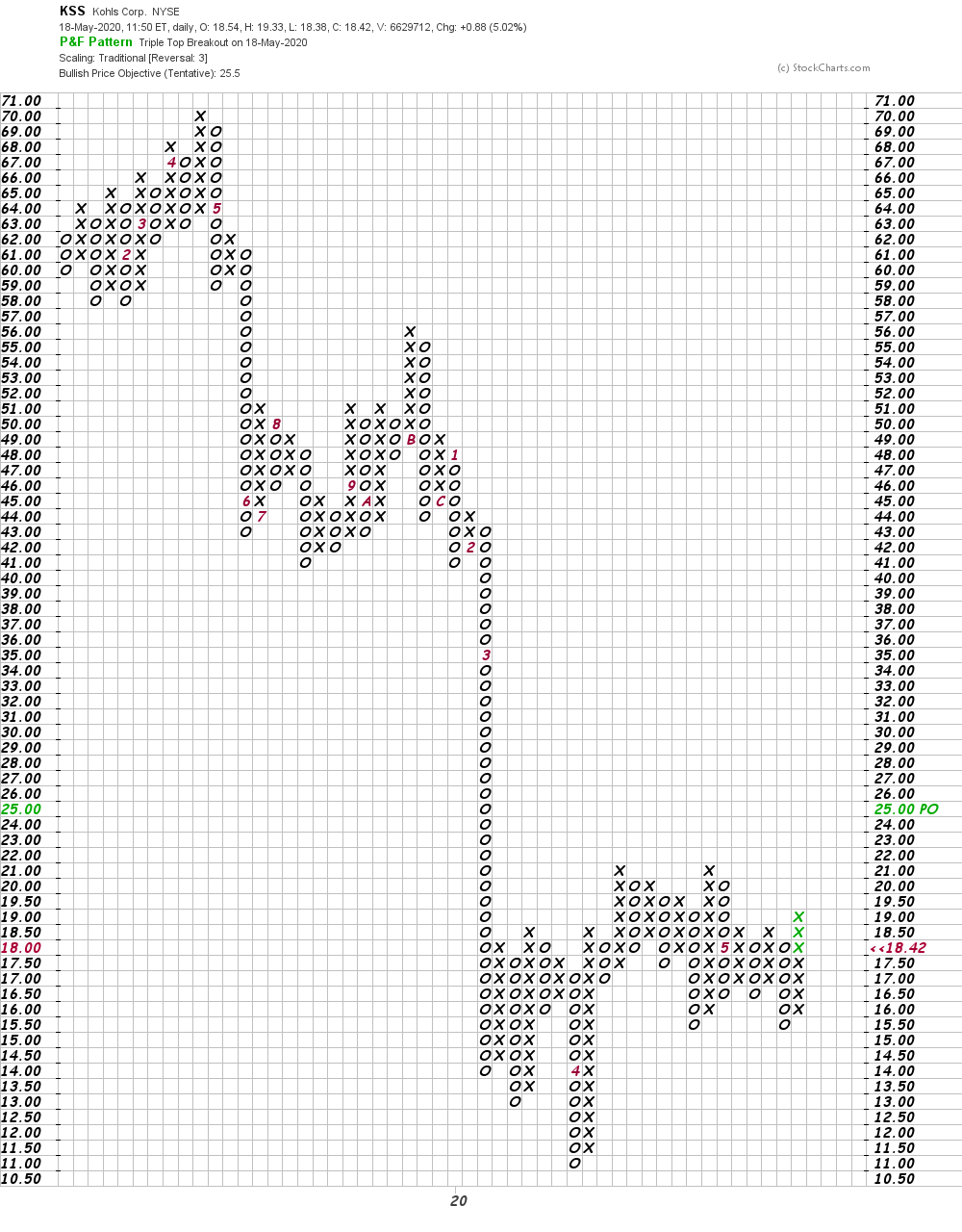 Bottom-line strategy: If KSS is basing it hasn't been at it for long and that means we should only expect a limited rally or recovery bounce. KSS might have a bounce to the $25 area based on the Point and Figure chart (above) but longs will need to risk a close below $15. I think we have better opportunities elsewhere.
Get an email alert each time I write an article for Real Money. Click the "+Follow" next to my byline to this article.
TAGS: Earnings | Investing | Stocks | Technical Analysis | Retail | Mad Money