COVID is still very much a part of our lives, Jim Cramer told his "Mad Money" viewers Tuesday night. That means it's important to make sense of where we are in the pandemic, what threats still remain and what the future might hold.

Cramer went right to someone on the front lines of the pandemic as he spoke to Robert Ford, president and CEO of Abbott Laboratories (ABT) , to learn about the latest on testing in America.

Abbott was one of the first to provide testing before vaccines became available and it is now one of the leaders post-vaccine, with rapid COVID testing options. Ford said Abbott's goal is to make rapid testing affordable and accessible to everyone who needs it.

Abbott's rapid test kits are currently available in 20,000 pharmacies across the county and will soon expand to more than 30,000 locations as manufacturing and distribution continues to expand.

Let's check out the charts of Abbott, which is a holding of Cramer's Action Alerts PLUS charitable trust. In our review of Abbott on March 26 we wrote, "ABT reached our $125 target in February and maybe some of you took some money off the table. The charts are more mixed now, so traders should raise stops to $114 on the balance of their position."

In this daily bar chart of ABT, below, we can see that prices have not tested the March low and thus have not elected our suggested $114 sell stop. ABT is trading below the declining 50-day moving average line but above the rising 200-day moving average. The On-Balance-Volume (OBV) line has declined a little from its new high for the move up last month. The recent increase in aggressive selling may be temporary. The Moving Average Convergence Divergence (MACD) oscillator fell below the zero line recently for a new outright sell signal.

In this weekly bar chart of ABT, below, we can see that prices are in a longer-term uptrend above the rising 40-week moving average line. The weekly OBV line has been stalled for at least three months, telling us that there is more of a balance between buyers and sellers of ABT. The MACD oscillator is pointed down but is still in positive territory above the zero line.

In this daily Point and Figure chart of ABT, below, we can see that the software is projecting the $109 area as a potential downside price target. If ABT did decline toward $109 the chart shows plenty of potential support, so the odds of further weakness are low. 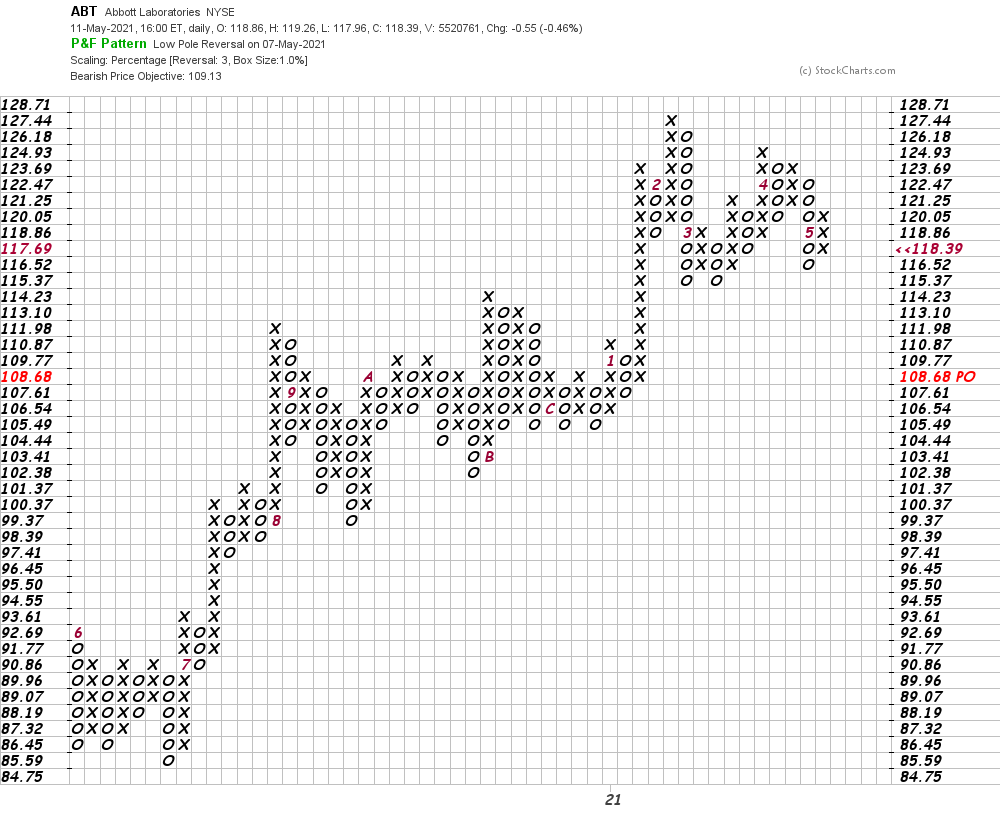 In this weekly close-only Point and Figure chart of ABT, below, we used a traditional even-dollar scaling. Here the software is projecting the $202 area as a tentative longer-term price objective. 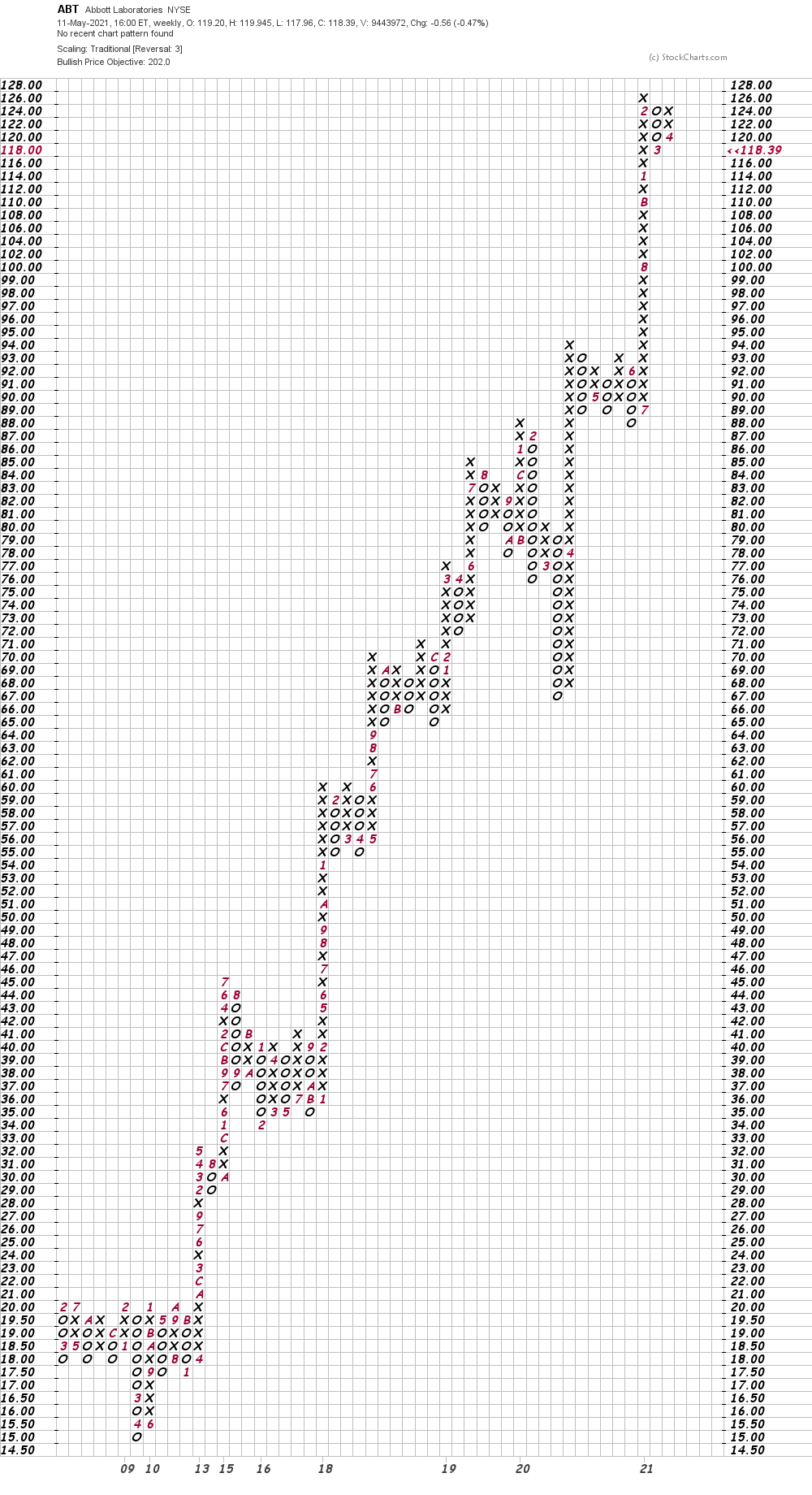 Bottom line strategy: The broad market is undergoing a lot of shifts and turns, also called rotation. Shares of ABT might slip a little during this adjustment period, but the weekly Point and Figure chart suggests we could see significant gains later in 2021. Continue to hold remaining longs. Continue with a stop at $114. Add to longs on strength above $126.

(ABT is a holding in Jim Cramer's Action Alerts PLUS member club. Want to be alerted before Jim Cramer buys or sells these stocks? Learn more now.)