JPMorgan Chase & Co.  (JPM) reported better-than-consensus second-quarter earnings here on Tuesday morning and is trading higher in premarket activity. Let's see how the charts and indicators looked as of Monday's close for JPM, which is a holding of Jim Cramer's Action Alerts PLUS charitable trust.

In this daily bar chart of JPM, below, we can see some interesting developments since February. Prices were nearly cut in half in February and March. JPM rebounded modestly in April but there was a retest of the March low in May. Prices made a stronger rebound into June, but that too did not last all that long. JPM declined into early July, but we can see the start of another bounce in just the past few days.

Trading volume has been extremely heavy since late February and it is hard to decide if this is bullish or just short-term trading. The On-Balance-Volume (OBV) line declined from January into late March and has been moving sideways since late March. This up-and-down movement in the OBV line suggests in and out trading and not strong accumulation (buying). The Moving Average Convergence Divergence (MACD) oscillator briefly turned bullish at the end of May and then bearish again in early July. Once again the MACD oscillator looks like it could cross to the upside for a new buy signal.

In this weekly bar chart of JPM, below, we can see higher lows from March. Prices are below the declining 40-week moving average line, so we know the longer-term trend is still bearish. The weekly OBV line shows a double bottom pattern and the MACD oscillator is in a cover shorts buy mode.

In this daily Point and Figure chart of JPM, below, the $113 area is a possible upside price target. 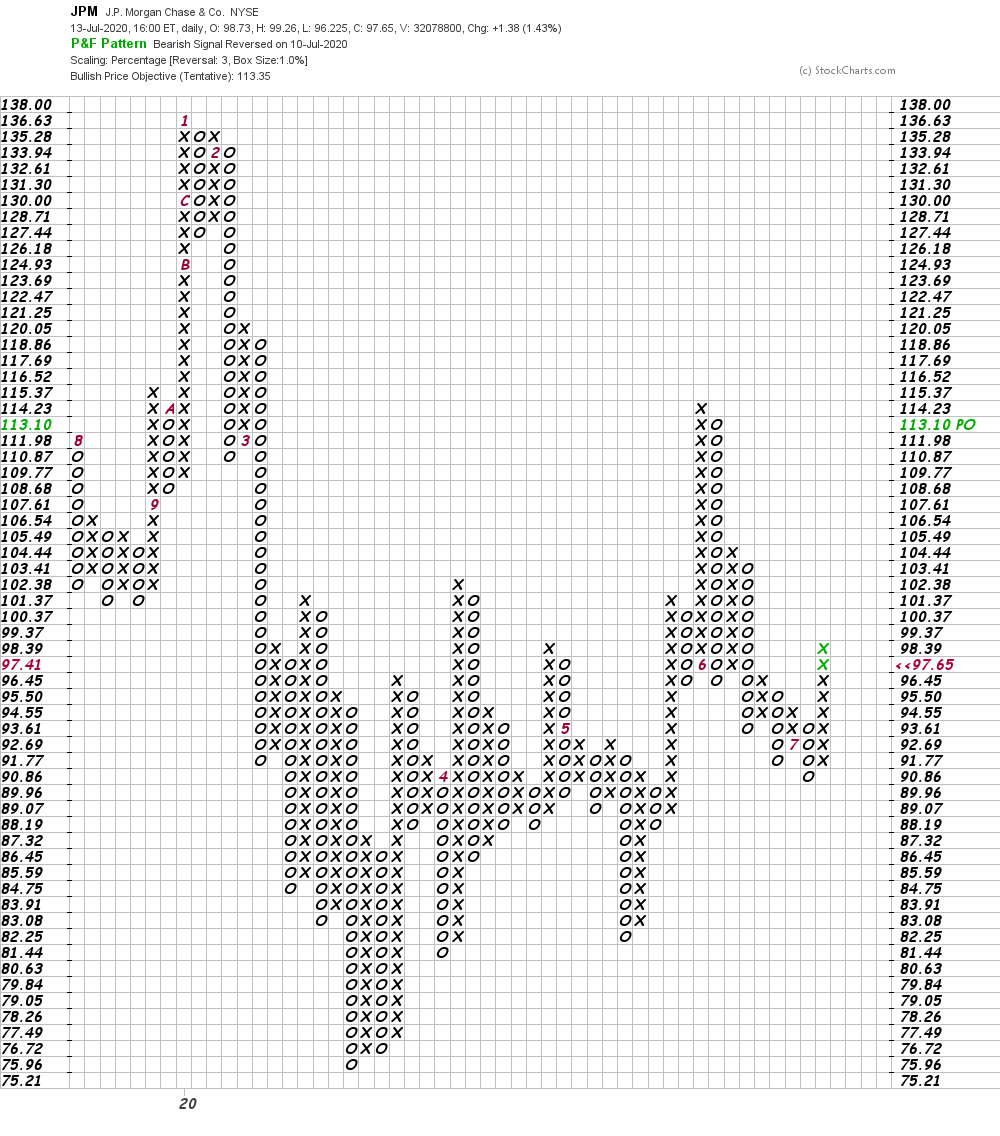 Bottom line strategy: In the short run it looks like JPM can rally, but the longer-term picture is clouded by questions I have about the volume and buyers' commitment (and with the fundamentals I suspect loan losses from businesses that may not restart). Aggressive traders could operate from the long side but should not risk much below $90.