During Friday's Mad Money program Jim Cramer outlined what stocks he was watching this week. On Tuesday banks begin reporting with JPMorgan Chase (JPM) and Citigroup (C) . Cramer said he wants to hear whether these banks can make money given low interest rates and increased scrutiny from Washington.

Let's check out the charts of these two money center giants.

Trading volume was very heavy from February through July and the On-Balance-Volume (OBV) line shows a number of up and down swings since March but little in the way of a sustained move.

The Moving Average Convergence Divergence (MACD) oscillator has been hugging the zero line since July and tells us there is little strength behind any of the "jiggles".

In the weekly bar chart of JPM, below, we can see a less than robust picture. Prices are below the declining 40-week moving average line.
The weekly volume has been declining and the weekly OBV line has been "chopping" sideways for several months. The MACD oscillator has been improving but still remains below the zero line and a buy signal.

In this Point and Figure chart of JPM, below, we used daily price data. Here the chart shows a potential downside price target in the $79 area. 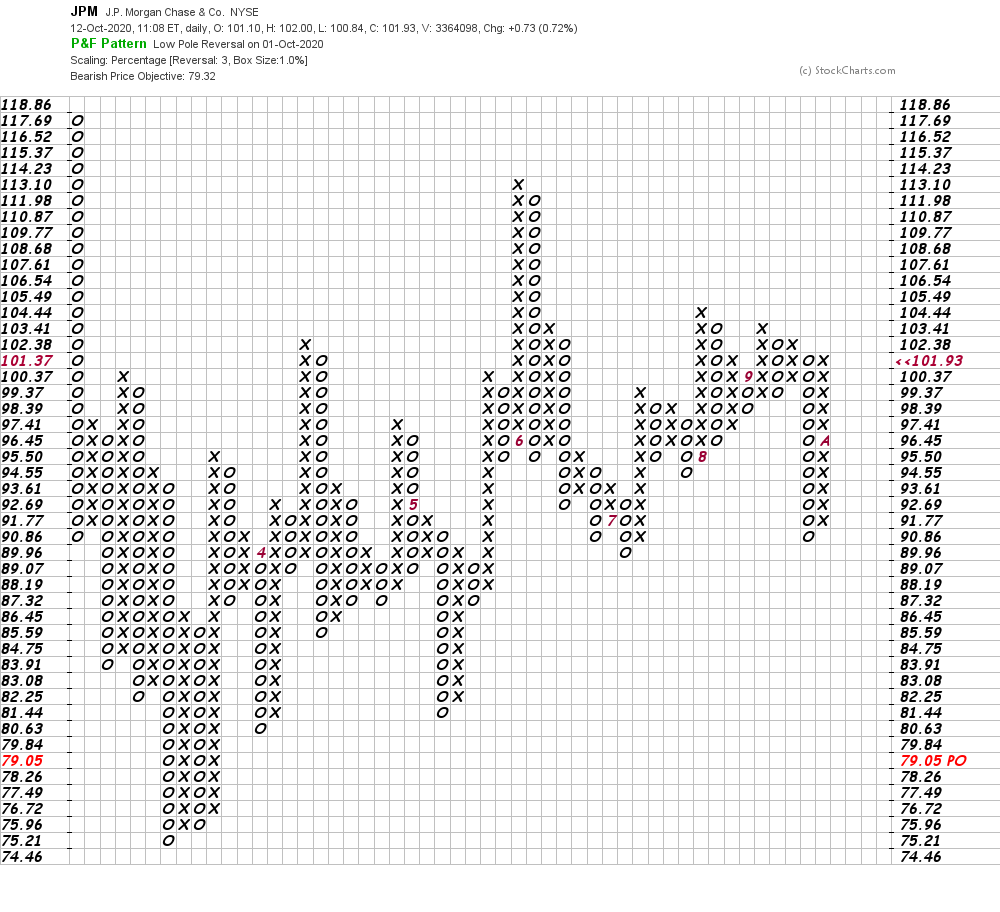 In the daily bar chart of C, below, we can see that the shares have worked lower from early June. C is trading below the declining 50-day moving average line and below the declining 200-day moving average line.
The OBV line is still in a downtrend from February and tells me that traders of C have been more aggressive year to date. The MACD oscillator is still below the zero line and a buy signal is not at hand.

In the weekly bar chart of C, below, we are finding a positive picture. Prices are below the declining 40-week moving average line.
The weekly OBV line is only slightly higher than its April low. The MACD oscillator is in a bearish alignment below the zero line.

In this daily Point and Figure chart of C, below, we can see a potential downside price target in the $31 area. 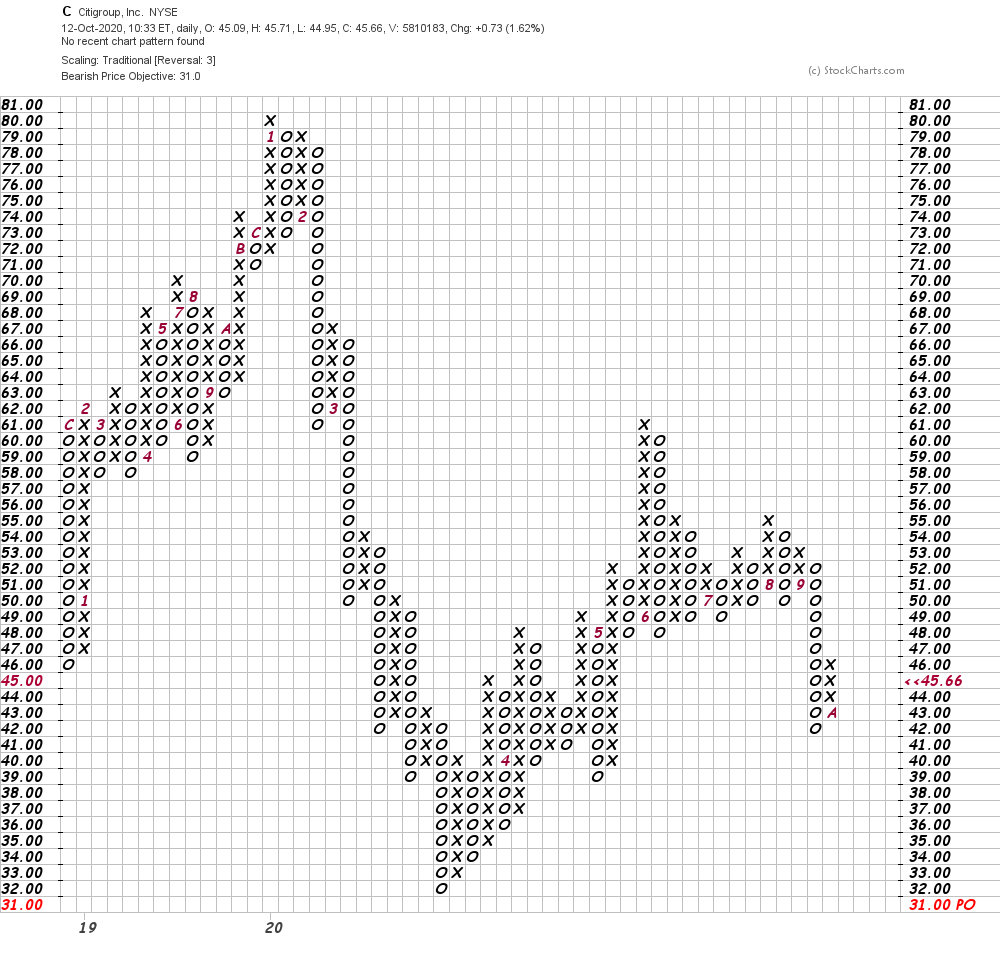 Ahead of their earnings, the charts of JPM and C are not all that glowing. I do not know if earnings will be disappointing and these stocks move lower, but the conditions for a rally are absent right now.

Get an email alert each time I write an article for Real Money. Click the "+Follow" next to my byline to this article.
TAGS: Investing | Stocks | Technical Analysis | Banking | Financial Services | Mad Money | Earnings Preview

As a trader who at times takes short positions, I don't know whether to stand up and applaud this group or to fear them.

Small Traders Are in Control of This Market

That 'dumb' money can overpower giant hedge funds and create massive, short squeezes is a good indication that there is still plenty of buying power out there.