During Monday's Mad Money program Jim Cramer warned that Chinese e-commerce and retail infrastructure service provider JD.com (JD) is very risky in the middle of a trade war. One the best ways, in my opinion, to visualize risk is to look at charts.

The On-Balance-Volume (OBV) line shows a strong rise from December to early July, which tells us that buyers were more aggressive. However, the OBV line has weakened since early July indicating a shift to more aggressive sellers.

The Moving Average Convergence Divergence (MACD) oscillator has declined below the zero line for an outright sell signal.

In the weekly bar chart of JD, below, we can see that prices are testing the rising 40-week moving average line.

The weekly OBV line shows a possible double-top formation and the MACD oscillator has crossed to the downside for a take profits sell signal.

In this Point and Figure chart of JD, below, we can see that the software is projecting a potential downside price target of $20.27. 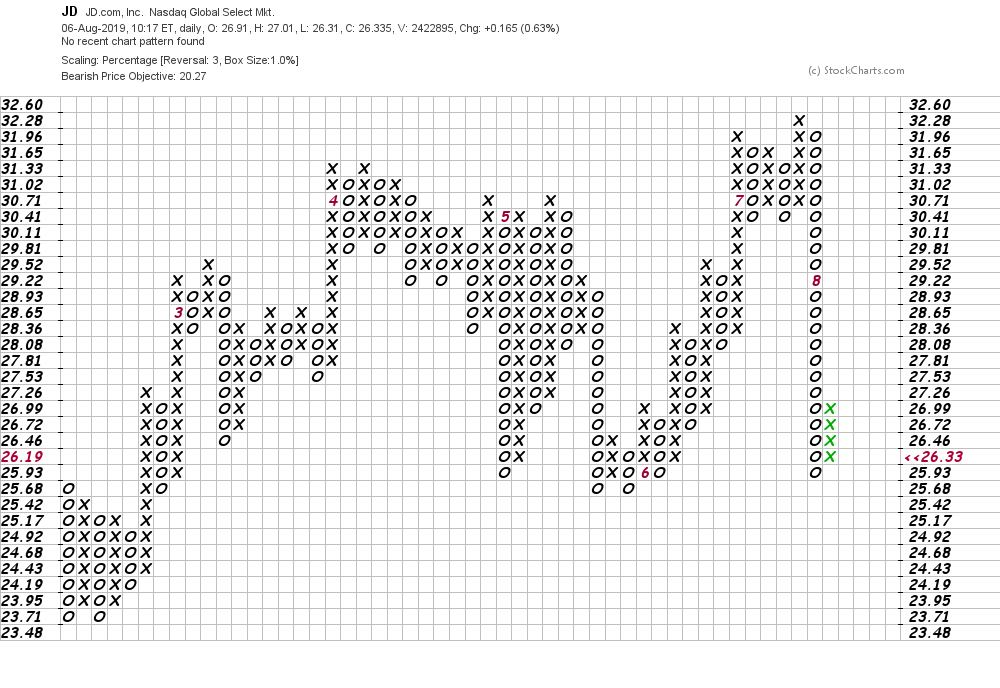 Bottom-line strategy: The charts and indicators agree with Cramer's observation that JD is a risky security to hold during a trade war.

Get an email alert each time I write an article for Real Money. Click the "+Follow" next to my byline to this article.
TAGS: Investing | Stocks | Technical Analysis | Software & Services | Technology | Mad Money