Textron Inc. (TXT) has skidded lower the past four months. Prices have retested a $50-$45 support zone from 2017 before bouncing modestly the past three weeks.

Has the worst been seen? Is it time to buy? Let's do our usual run through of the charts and indicators.

In the daily bar chart of, below, we can see that the share price of TXT has firmed but has so far stopped short of the underside of the declining 50-day moving average line. The declining 200-day line is well above the market and currently intersects around $62.

The daily On-Balance-Volume (OBV) line has improved a bit from the late December nadir but the trend from early October is still down, for now. The Moving Average Convergence Divergence (MACD) oscillator has moved up from its early November low and it is now close to crossing the zero line.

In this weekly bar chart of TXT, below, we can see that prices are below the declining 40-week moving average line. While prices have held the $45 area on the chart the bad news is that the $60-$55 support area was broken.

The weekly OBV line shows a decline from September but a potential reversal to the upside in December. The weekly MACD oscillator has begun to narrow toward a possible cover shorts crossover in the weeks ahead.

In this Point and Figure chart of TXT, below, we can see a nearby price target of $51. 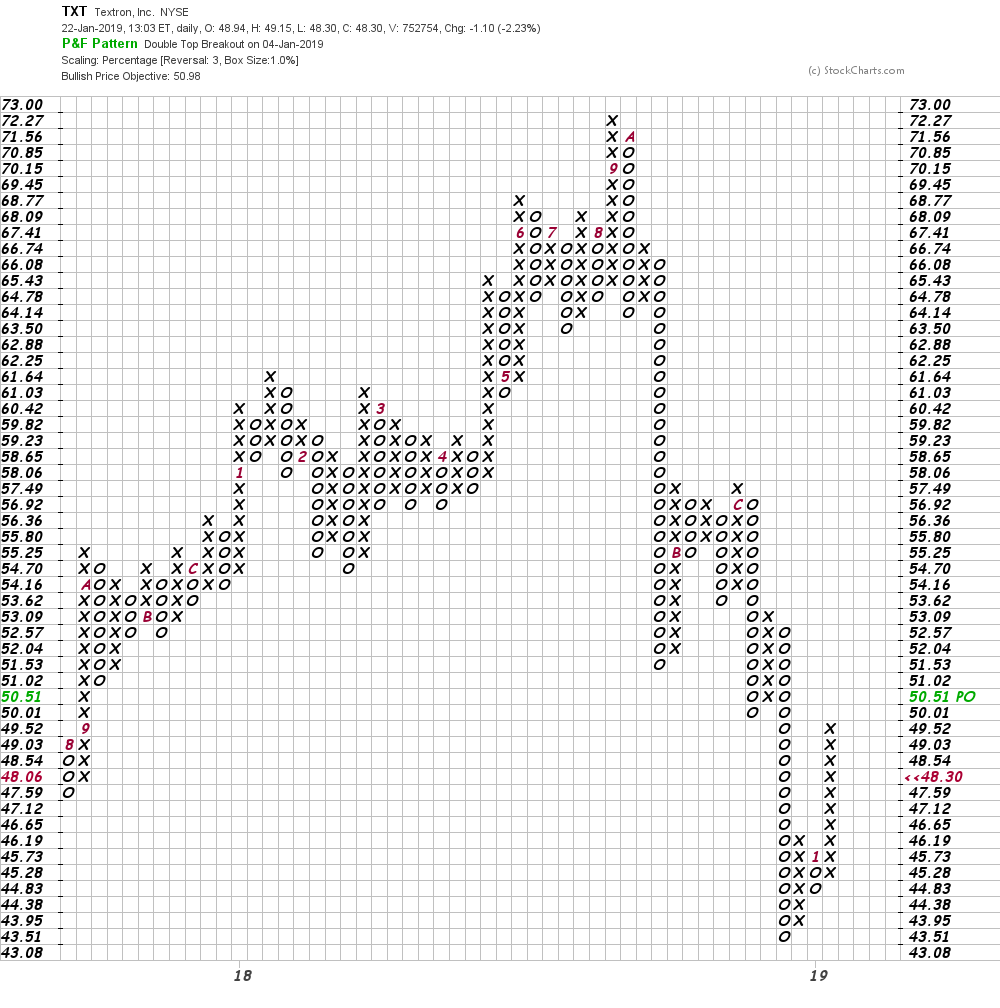 Bottom-line strategy: TXT has come up from its recent December low but the technical indicators are not all that robust and I suspect that prices will need to trade sideways for a while before staging a sustained rally.

Get an email alert each time I write an article for Real Money. Click the "+Follow" next to my byline to this article.
TAGS: Investing | Stocks | Technical Analysis | Conglomerates