Procter & Gamble Inc. (PG) is a household name and like its products its uptrend on the charts has become dependable. The stock has made a good run from its late March lows so a period of sideways price action might be expected now.

Let's review the charts and indicators of this stock mentioned by Jim Cramer in his Real Money column, "My Top Five Market Takeaways."

In the daily bar chart of PG, below, we can see that the shares sold off with the decline of the broader market in February and March. Prices recovered into April and were making new highs by late July. Prices are trading above the rising 50-day moving average line and above the rising 200-day moving average line. A bullish golden cross can be seen at the end of July/beginning of August as the 50-day line moved above the slower-to-react 200-day line.

The On-Balance-Volume (OBV) line has been strong since late June but shows some weakness in late August. Even though prices made new highs for the year the OBV line remains below its February zenith and shows a bearish divergence when compared to the price action.

The Moving Average Convergence Divergence (MACD) oscillator has rolled over to the downside in August and tells us to take profits on longs.

In the weekly bar chart of PG, below, we can see a positive picture. Prices have doubled in the past three years -- not a cloud play but very respectable returns. The shares are trading above the rising 40-week moving average line.
The weekly OBV line has been moving up the past four months and just made a new all-time high. A rising weekly OBV line tells us that buyers have been more aggressive in this time frame. The MACD oscillator is bullish. 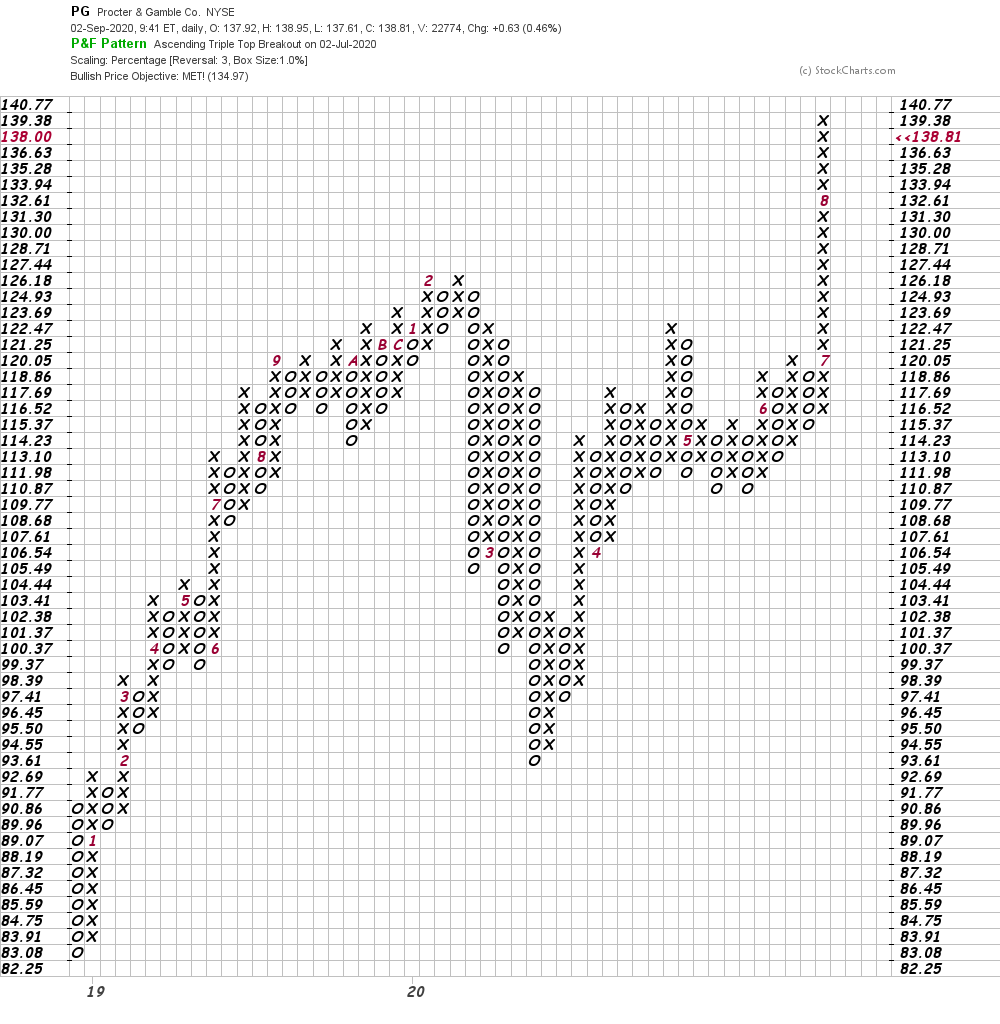 In this weekly Point and Figure chart of PG, below, we can see a potential price target of $180. 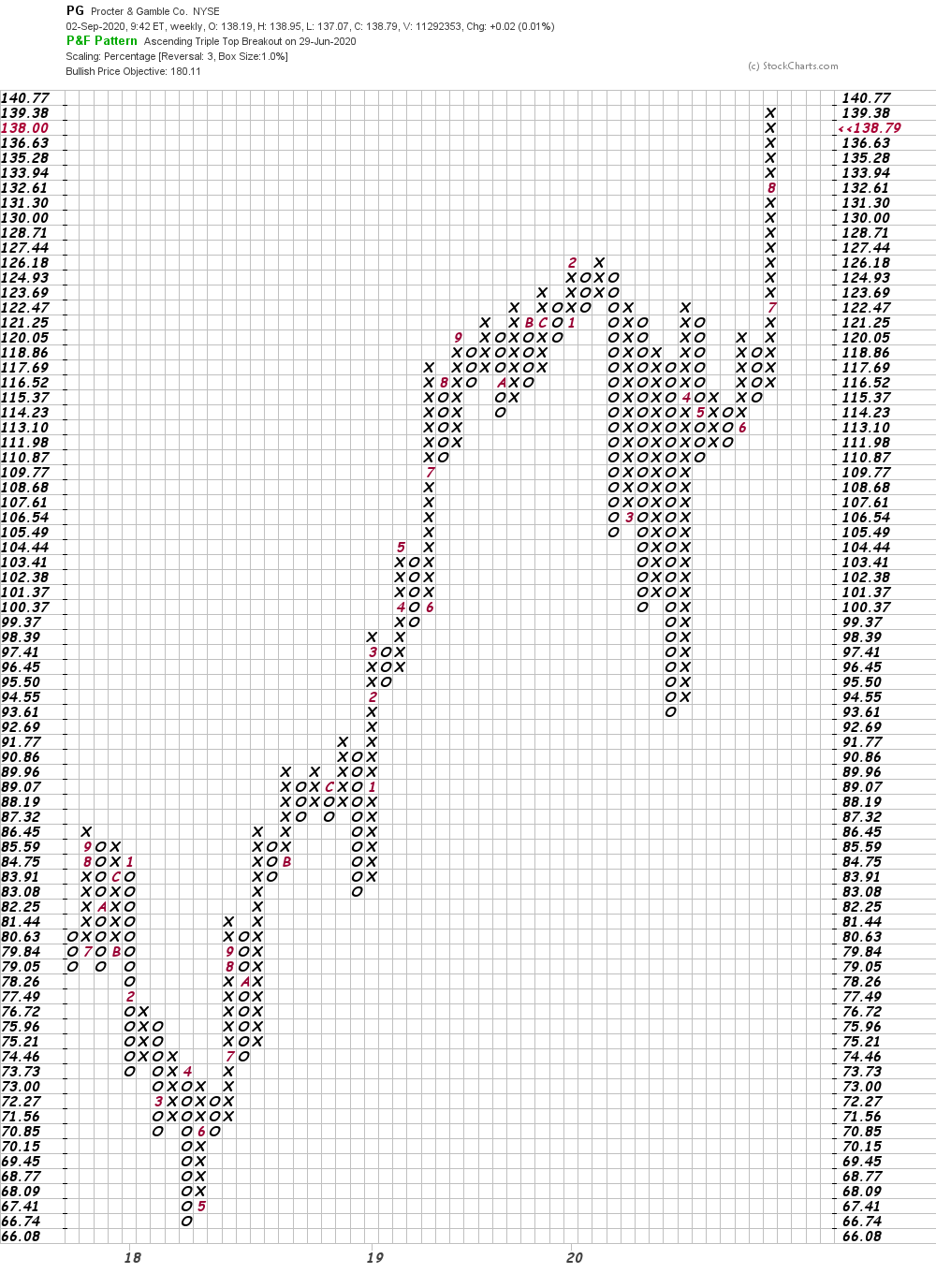 Bottom-line strategy: The charts and indicators of PG suggest that prices could stall or trade sideways for a period of time. The weekly Point and Figure chart, which ignores time (and volume), suggests we can eventually see gains to the $180 area. Stay long and raise sell stops to a close below $128.
Get an email alert each time I write an article for Real Money. Click the "+Follow" next to my byline to this article.
TAGS: Investing | Stocks | Technical Analysis | Household Products

What Really Happened Wednesday, Is This 'It'?, Fed, Trading Apple, Tesla, AMD

A Recipe for a Rebound

Here's how to play Ingredion as it looks set to rise.

The market is struggling with instability as a massive, short-squeeze movement continues. 'Good' stocks are being dumped by funds to pay for short-selling losses.

If You Think the Selling Started Yesterday, You Have a Short Memory

A lot of what we saw on Wednesday has been in the works for a while now.