For decades, investors have been told that precious metals are the ultimate hedge against inflation. For years, every news and financial channel ran a volley of commercials stating the importance of buying gold, now, before inflation rears its ugly head.

Fast forward to 2022, and after decades in remission, inflation has finally reappeared. Consumer prices are rising at their fastest pace in over 40 years. It's finally time for gold to shine.

How did gold respond? Year to date, gold has lost about 7.5%.

Why did gold fail to live up to its reputation? Gold has a tendency to run counter to the U.S. dollar, which recently reached its highest level in nearly 20 years. That strength in the greenback held gold down during the first half of the year, but is that about to change? 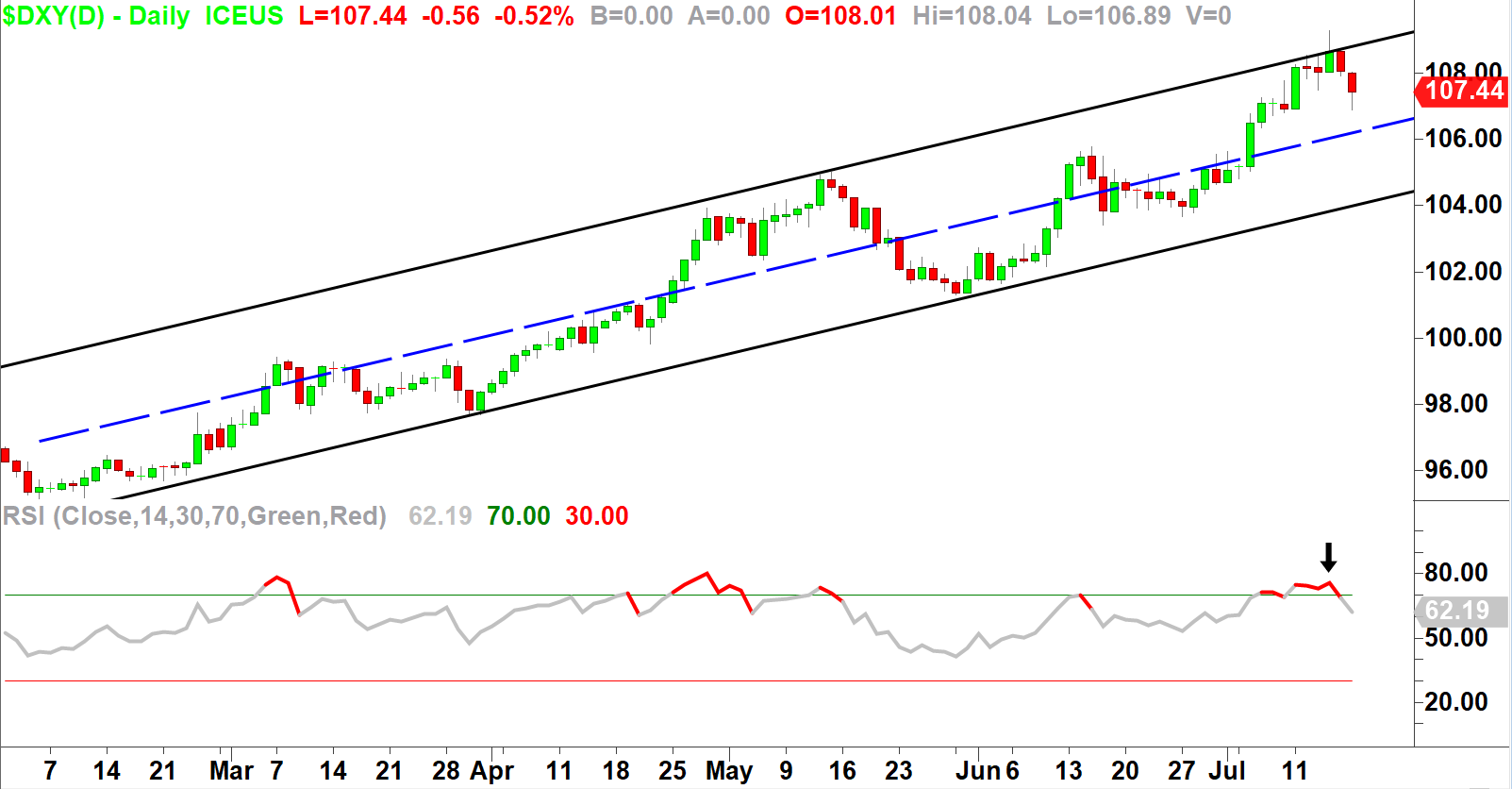 According to the charts, the dollar appears ready to dip. The global reserve currency is still in a bullish channel (diagonal lines), but may need to cool down after extending to its upper channel line.

Another indicator is also signaling a pullback in the dollar. The greenback's RSI (relative strength index) is falling from an overbought level (arrow), and is now giving a neutral reading.

Meanwhile, gold's decline has taken it to its lowest level since August. Gold has pulled back to the $1,700 area (black dotted line), which worked as a key reversal point on several occasions last year (arrows). 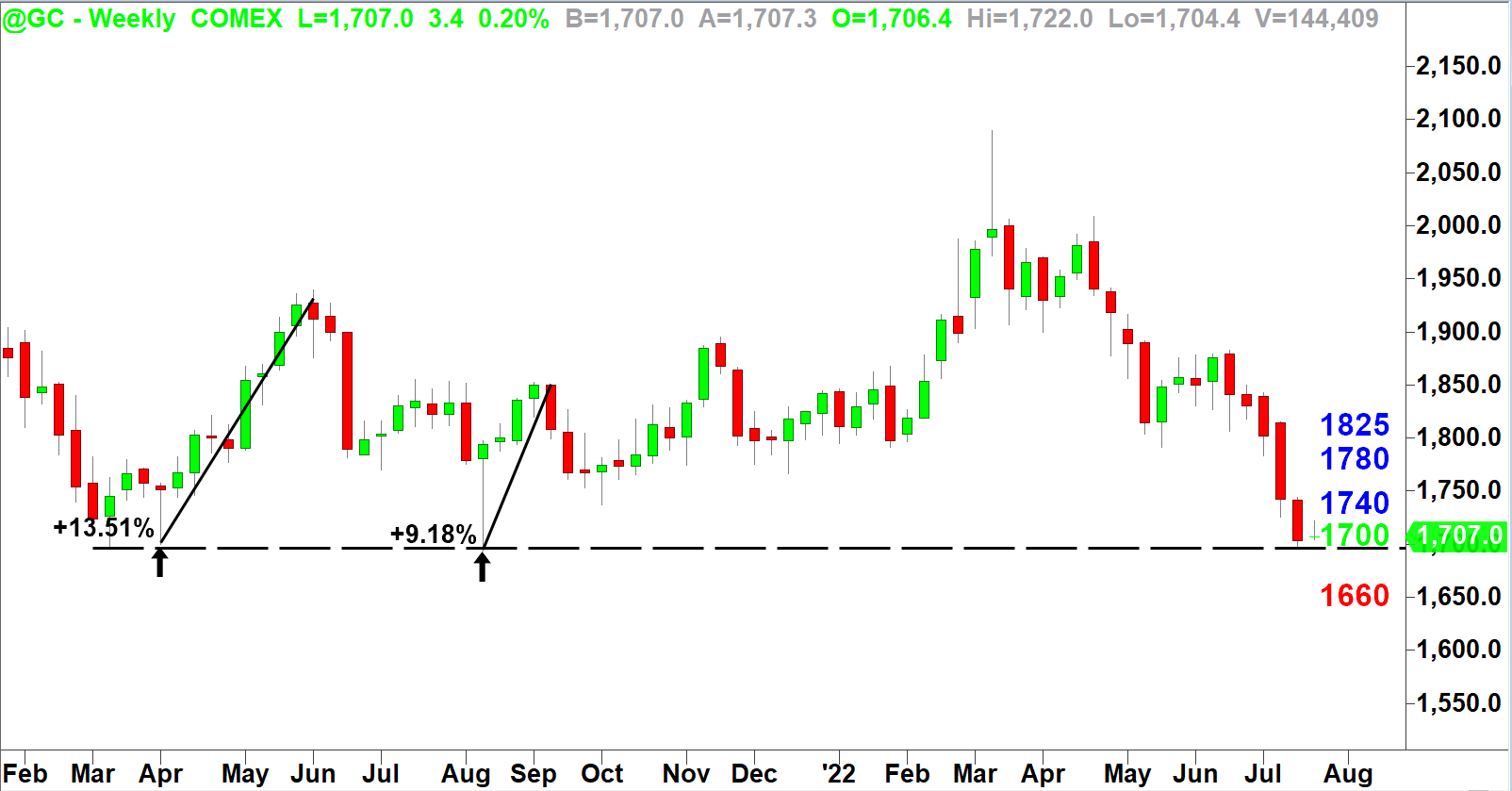 Because gold is trading close to a major support level ($1,700), we can construct a low-risk trade around that key price point.

Here's my plan: I'm buying gold as close to $1,700 as possible (green). If support breaks, we'll know immediately that the trade isn't working out, and we'll exit at $1,660 (red) or higher for a manageable loss.

This trade includes three separate targets (blue). At each target, we'll exit one-third of the position and raise the stop.

Even if we only get an oversold bounce to $1,740, this trade will be a winner, because we'll close one-third of the trade and raise the stop approximately to break-even. Naturally we're hoping for more, but as worst-case scenarios go, this one isn't bad.

Get an email alert each time I write an article for Real Money. Click the "+Follow" next to my byline to this article.
TAGS: Gold | Investing | Options | Stocks |