For his second "Executive Decision" segment of Mad Money Monday night, Jim Cramer spoke with Michael Dell, chairman and CEO of Dell Technologies (DELL) , which just posted an earnings beat of $0.62 per share on a 3% increase in revenues.

Dell said it was a strong quarter for his company, as it makes strides into services. He said 11% of its revenues are now deferred thanks to its many services.

When asked about the company's earnings, Dell explained that everything is now happening in the home, from work and education to entertainment -- and that's led to a surge in consumer spending on technology. Many families are becoming a "one laptop per person" family and Dell is riding that wave.

That's not to say that enterprise spending and the data center isn't strong as well. Dell noted that it is seeing growth in many areas including analytics, AI and 5G networking. Shares of Dell are up 42% over the past 12 months.

We looked at the charts of DELL on Aug. 31 and said to "continue to hold longs previously recommended. Raise stop protection to a close below $58. $90 and $105 are our price targets now."

The On-Balance-Volume (OBV) line has been flat to lower since the middle of September and renewed strength will be a positive development. The trend-following Moving Average Convergence Divergence (MACD) oscillator just moved above the zero line for a buy signal.

In the weekly bar chart of DELL, below, we can see that the $70 area has capped gains several times. Prices are trading above the rising 40-week moving average line.

The weekly OBV line moved up to a new high in November and may be foreshadowing new price highs this month. The MACD oscillator is above the zero line and poised to cross to the upside for a new buy signal.

In this daily Point and Figure chart of DELL, below, we can see a price target of $79 being projected. 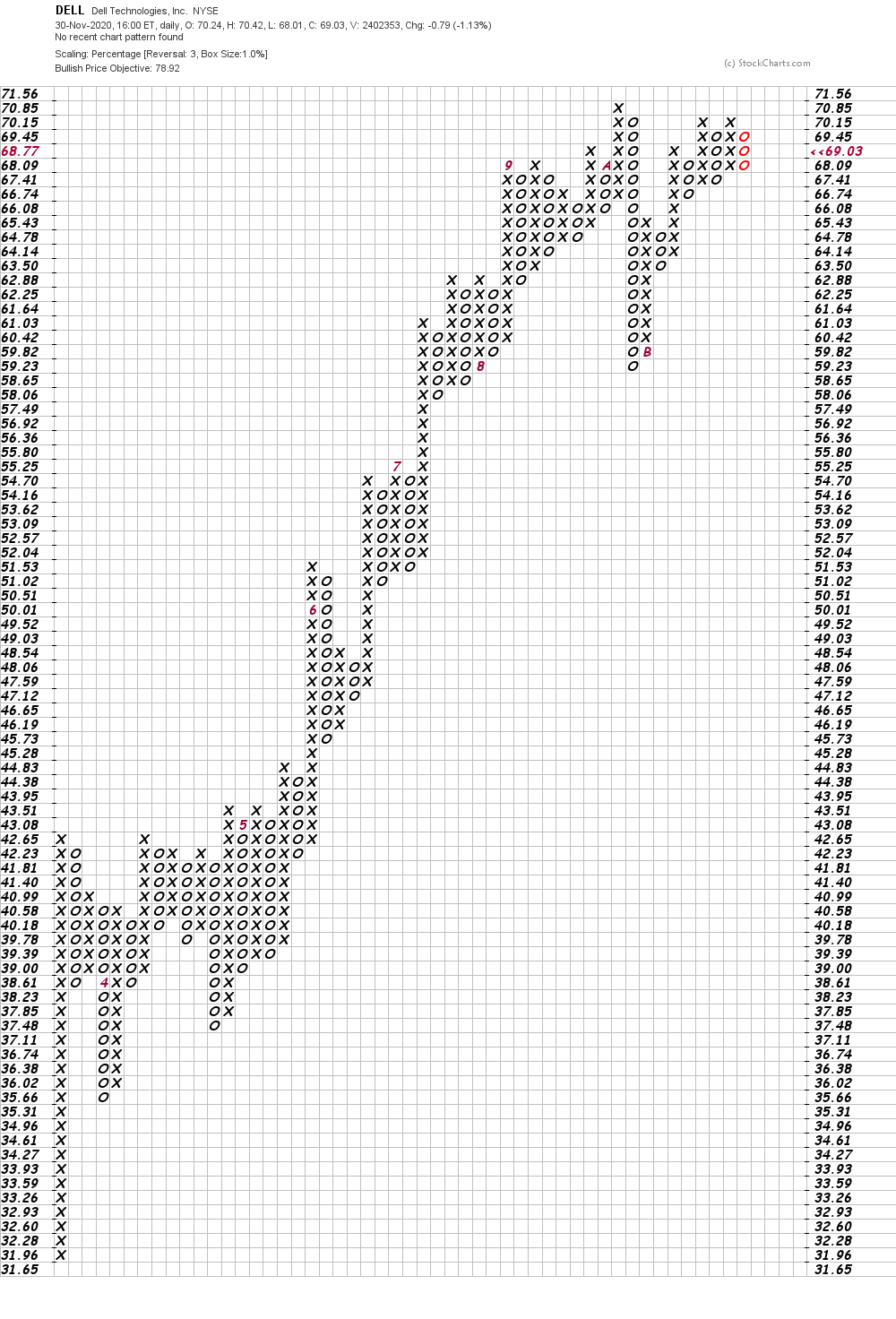 In this weekly Point and Figure chart of DELL, below, we can see a potential $116 price target. 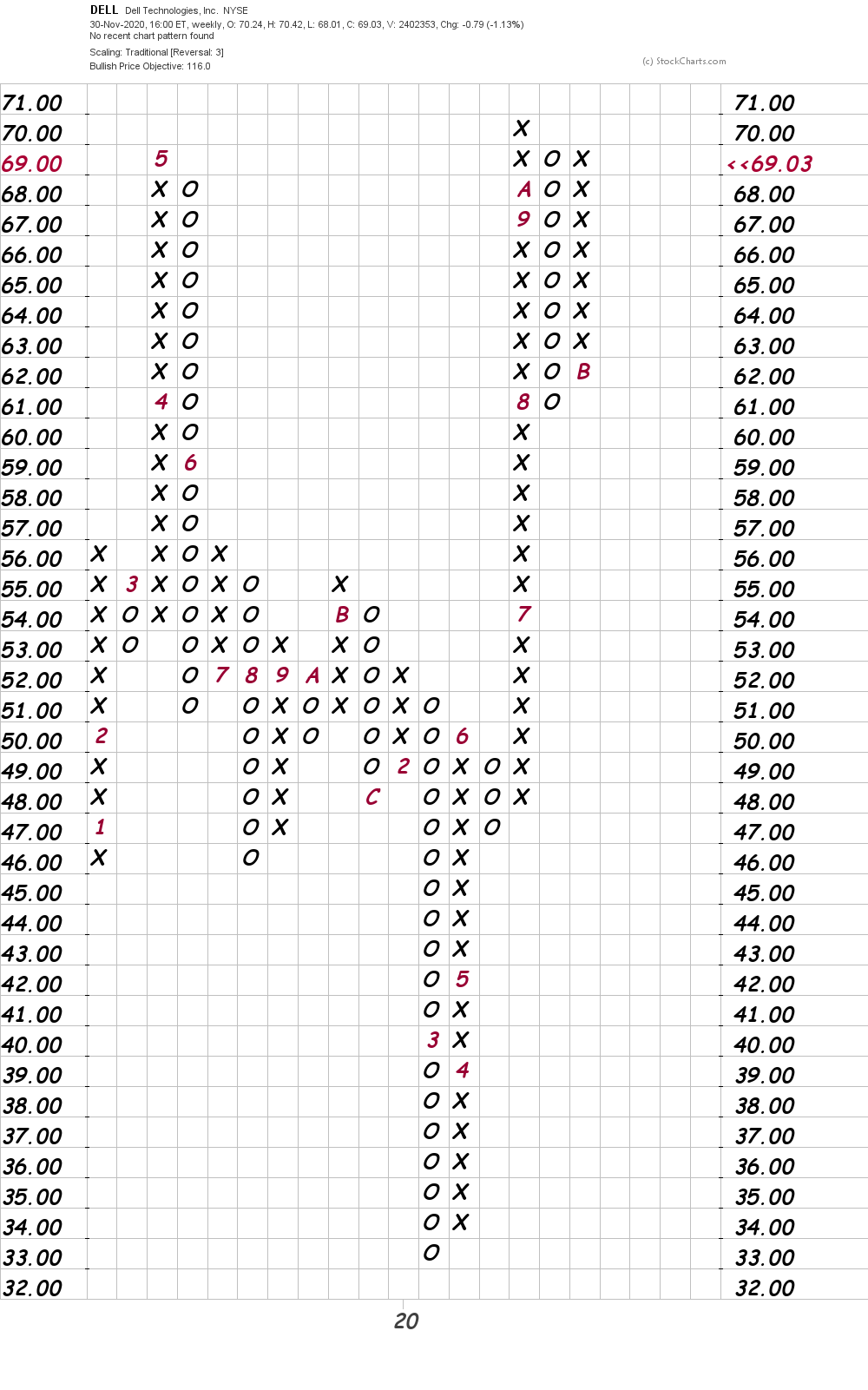 Bottom-line strategy: Continue to hold previous longs but raise stop protection to a close below $73 from a close below $58. Our price targets range from $90 to $116. Add to longs on strength above $71.56.

Get an email alert each time I write an article for Real Money. Click the "+Follow" next to my byline to this article.
TAGS: Earnings | Investing | Stocks | Technical Analysis | Technology | Technology Hardware & Equipment | Mad Money | Executive Interview