The Philadelphia Semiconductor Index, popularly known as the "Sox," is a bellwether for the chip sector. That index has put on a solid performance since the start of July, gaining about 12%.

Can the semiconductors continue to rally, or is this party coming to an end? Let's go to the chart to find out.

The recent semiconductor rally failed to break the index's trend of lower highs (LH) and lower lows (LL). This is the textbook definition of a downtrend, which is defined on the above chart by a bear channel (parallel lines).

Now take a look at the bottom of the chart, where the slow stochastic indicator is located (red and blue lines). This indicator flashed a sell signal when the blue line cut below the red line while the indicator was in overbought territory (above 80, currently 88.02) on July 22 (shaded yellow).

Why is that sell signal significant? On the two most recent occasions when a similar signal occurred, the Sox index took a sharp tumble.

Point A refers to an overbought sell-signal that occurred at the end of March. By mid-May, the Sox index had fallen by 23%. The next sell signal occurred on June 2 (point B), and led to a decline of 24%.

This brings us to point C, the scene of Friday's sell-signal. If this pattern continues to play out, a decline for the semiconductor index is on the cards.

Since this is earnings season, many of the widely held names in the sector are about to report. Not surprisingly, most of those names have charts similar to the sox index.

Here are just a few:

Closing Half of World Wrestling Entertainment

Less than two weeks ago, I made a somewhat unusual recommendation to buy World Wrestling Entertainment (WWE) . Admittedly, I know nothing about professional wrestling, but the stock's chart was simply too good to ignore.

I hope you smelled what "The Ponz" was cooking. WWE has gained about 14% in less than two weeks. 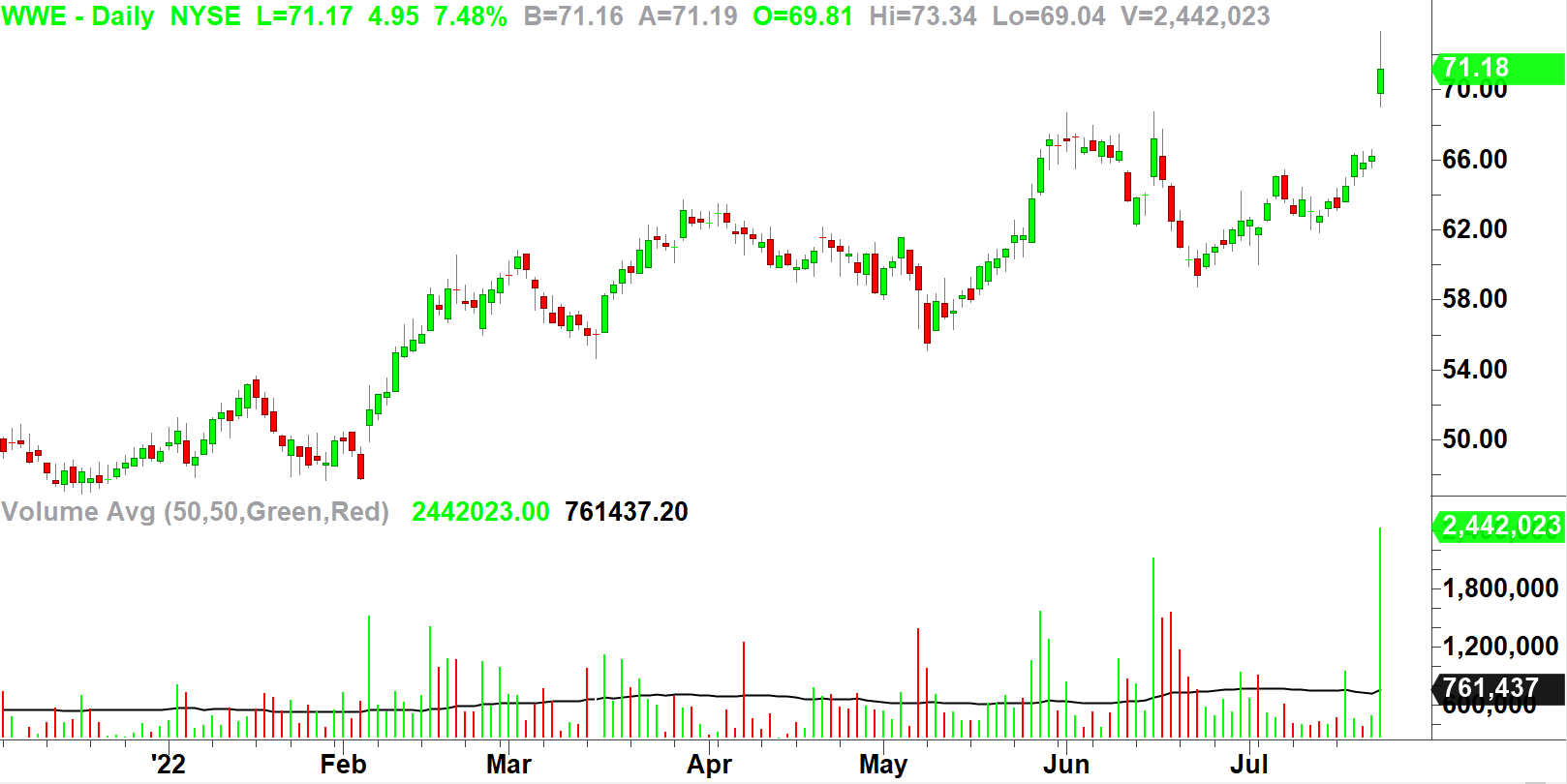 Vince McMahon, longtime CEO of the company, stepped down on Friday due to claims of sexual misconduct. The stock popped 7% on Monday, and is now up 44% year-to-date. I'm locking in gains by closing half of my position in WWE.

(AMD, AMAT and NVDA are holdings in the Action Alerts PLUS member club . Want to be alerted before AAP buys or sells these stocks? Learn more now. )

Get an email alert each time I write an article for Real Money. Click the "+Follow" next to my byline to this article.
TAGS: Investing | Stocks | Trading | Digital Entertainment | Semiconductors & Semiconductor Equipment | U.S. Equity