One caller during the Lightning Round segment of Mad Money Monday asked host Jim Cramer about the company iRobot (IRBT) . "I'm gonna take a pass on it," was Cramer's response.

Let's check out the charts of this maker of robots for the home.

In the daily bar chart of IRBT, below, we can see that the shares had a run up into late January and subsequently have slowly declined to give back the entire advance. Prices are in a downtrend and trade below the declining 50-day moving average line and the cresting 200-day line.

In the weekly Japanese candlestick chart of IRBT, below, we see a bearish picture. Prices are in a downtrend and are trading below the declining 40-week moving average line.
The weekly OBV line is pointed down and that tells me that traders are more aggressive sellers. The MACD oscillator has fallen below the zero line for an outright sell signal.

In this daily Point and Figure chart of IRBT, below, we can see a downside price target in the $82 area. 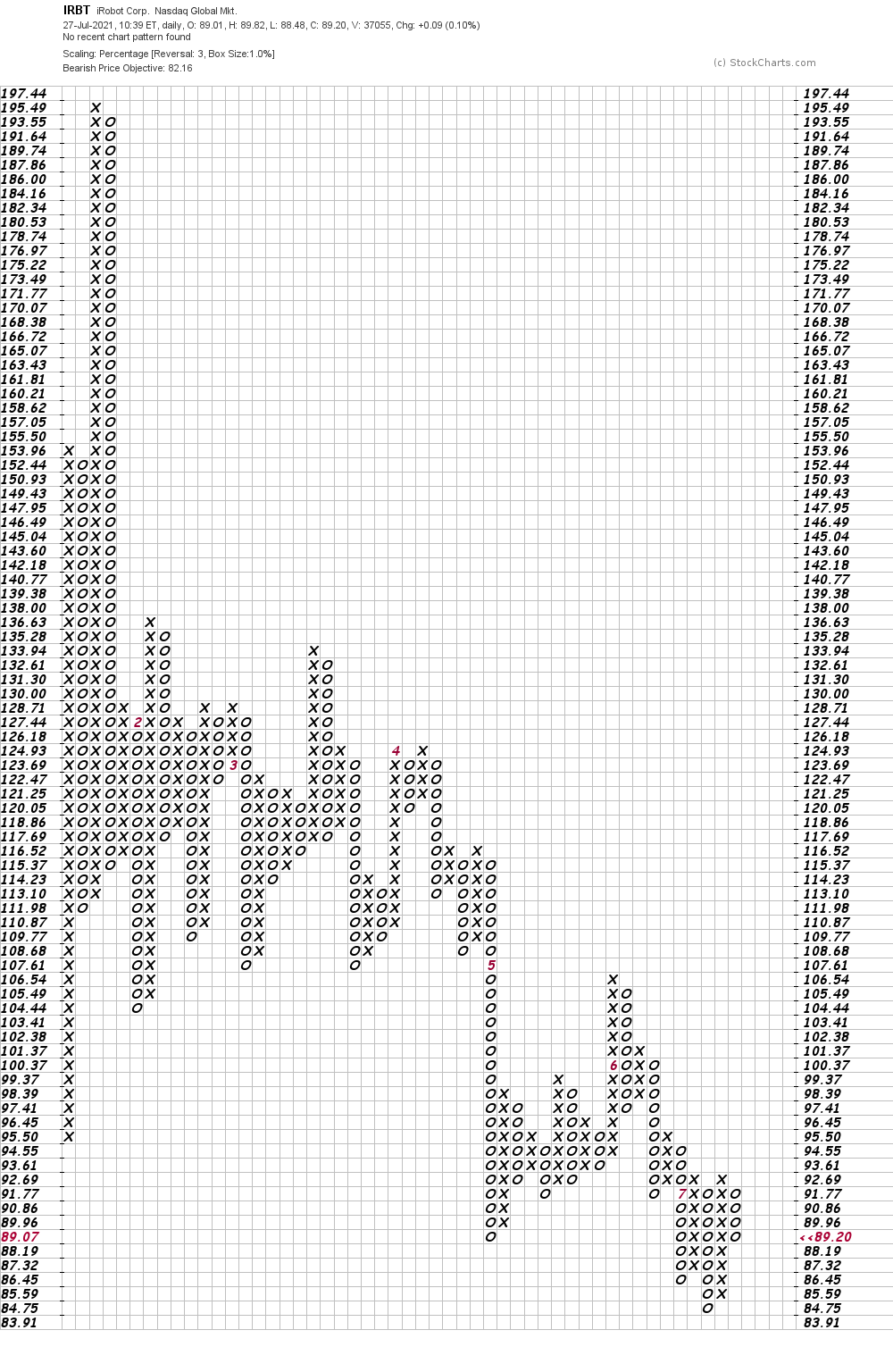 In this weekly Point and Figure chart of IRBT, below, we can see a potential price target in the $63 area.

Bottom-line strategy: The charts of IRBT are bearish so traders and investors should avoid the long side.
Get an email alert each time I write an article for Real Money. Click the "+Follow" next to my byline to this article.
TAGS: Investing | Stocks | Technical Analysis | Household Products | Mad Money | Consumer Discretionary