I repeated a Thanksgiving adventure yesterday I last tried four years ago, assembling and cooking a "turducken" for just the second time. If you are unfamiliar with the term, it's a de-boned duck, stuffed inside a deboned chicken, stuffed inside a de-boned turkey, with layers of stuffing (potato bread in this case) in between. De-boning those three birds is not an easy task; it requires patience and persistence. Once assembled, you sew it up with string, pop it in the oven and hope for the best. 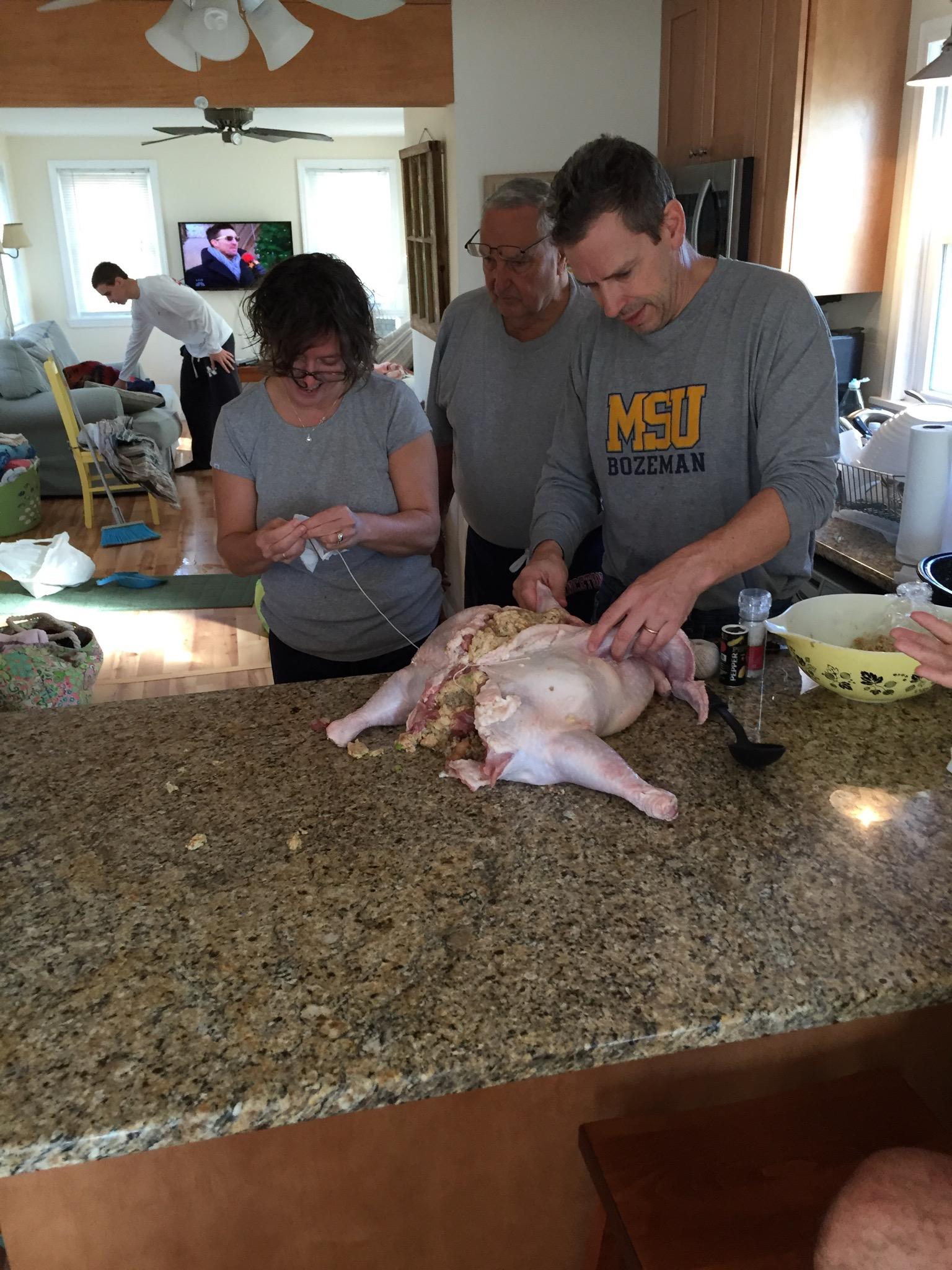 This year, I really took my time putting it all together, and it turned out better than the last one. My son and I slowly and painstakingly removed it from the roaster pan. It did not fall apart, and I was able to cut it into slices that almost looked like the instructional videos I'd watched. Four years later, since the last one, I claimed victory. Oh, and it tasted good, too.

Of course, there are some investment lessons to be found in this year's turducken. The primary one is patience. As a value investor, I am sometimes drawn to broken companies that I believe the markets have punished too harshly. Once I've identified a company, there is an inclination to go all in at once if I can find some sort of catalyst, hidden asset value or other reason that I believe will cause its stock to rise. In other words, if I've decided to throw 3% of my portfolio into a particular situation, I may want to put all 3% to work at once.

I've learned the hard way that the strategy is not a correct one (for me, anyway). I've learned to take my time, spreading the purchases out over time. I've realized the desire to go all in at once is primarily driven by FOMO, or "fear of missing out" -- in this case, on the huge gains that ultimately will occur (I'm being sarcastic here) when my investment thesis is proven correct.

However, there are several potential issues with that sentiment. First, when you are buying distressed companies, there is a decent probability that they will fall further. Just because I decide to buy at a point in time does not mean that it is the right point in time. There are a whole lot of investors, including institutions, that may decide to dump (if they have not already) the name I've decided to buy, which will put further pressure on those shares, sending them lower.

Second, if my thesis is wrong, there is the possibility that the stock will not recover. Spreading position out over time lessens the commitment that you have at a point in time while the market continues to figure out how it really feels about the name.

Third, spreading out the buy gives you more time for reviewing the particular situation and associated events (such as earnings) as they unfold.

I've ultimately found it is ridiculous for me to believe that I always take positions at the perfect time, and I am better off averaging in. I may discover earlier that I've made a mistake and close down a much smaller position with much smaller losses than had I gone all in at once.

Get an email alert each time I write an article for Real Money. Click the "+Follow" next to my byline to this article.
TAGS: Investing | Investing basics | Stocks | Value Investing | Real Money

I'm Not Trusting That the Worst Is Over

Even if this bounce does fizzle, it does help to create a new support level at the lows hit this morning.