You know what happened on the last day of the quarter? Commodities came down and everyone took note. Finally.

I have been harping about the chart of gasoline for the last two weeks and on Thursday, it tagged the uptrend line just as everyone seemed to focus on it. Gasoline traded under its 50-day moving average for the first time since March. What happened to all those energy bulls? Even those who were so excited from the bounce off of Friday's low were rather quiet these last two days.

This chart is still not my cup of tea, because I prefer bases, but for now the line has held and it should bounce. Should a bounce fail to get up and over around $3.70, I would think the next trip down the line will break.

You know what else came right down to the line? Diesel. Although I haven't seen anyone fussing over the diesel chart yet, it too seems ripe for a bounce. Should diesel fail under $4 the next trip down could see a break.

Now comes the hard part, because the yield on the 30-year bond broke the uptrend line that has been in place since March. It did make a marginal lower low (under 3.2%), but it did not break the 50-day moving average.

I did say I think if one breaks the other will follow, so I'll stick with that, but my sense is that yields should pop in the short term and a failure to get back up over that line (call it 3.25% or so) would be a sign that rates are coming down.

Much of this might have had to do with the end of the quarter, but I hate to rationalize when a chart or an indicator does something, so I am trying not to do so.

As for the stock market indicators, they didn't change much from day to day. The number of stocks making new lows is on the rise again. 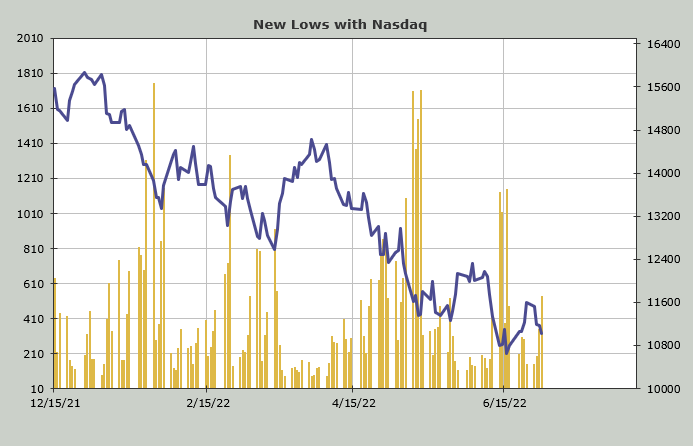 The sentiment, in my estimation, leans bearish, but is not extreme the way it was two weeks ago. The example I gave yesterday about the Investors Intelligence bulls moving from 26% to 33% is one. But even the American Association of Individual Investors saw the bears go from near 60% last week to 46.9% this week. That's just not extreme.

The 10-day moving average of the put/call ratio is still heading down as well. 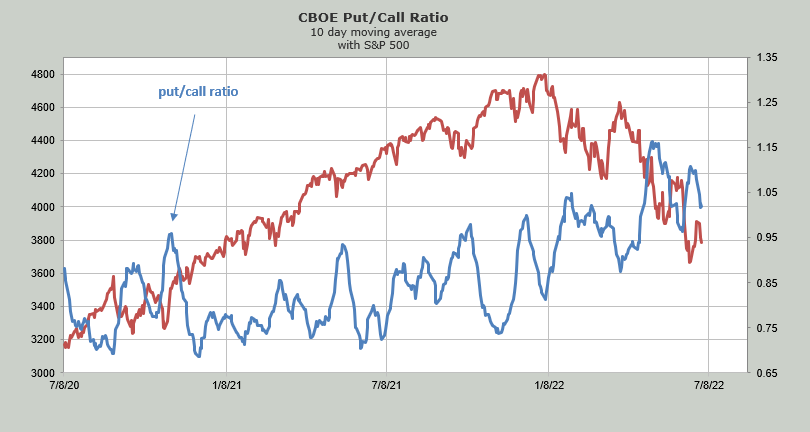 The only good news I feel I have to share with you on the sentiment front is that the Daily Sentiment Index (DSI) for both Nasdaq and the S&P is now at 14. That means a few more days of selling and this would be back to single digits.

Wishing all my American readers a Happy Fourth of July!

Get an email alert each time I write an article for Real Money. Click the "+Follow" next to my byline to this article.
TAGS: Commodities | Investing | Oil | Stocks | Technical Analysis | Energy | Natural Gas |