Goodarzi said the pandemic has caused a massive shift to the virtual world. People are getting comfortable working from home, going to school from home, exercising from home and, yes, paying their taxes from home. Goodarzi estimated we've accelerated the shift to virtual by at least five years.

Intuit also is helping small businesses with accounting and payroll. Goodarzi said they've been helping customers secure loans and stay afloat in record numbers over the past few weeks. He was also excited for their acquisition of Credit Karma.

In the daily bar chart of INTU, below, we can see how the stock sold off sharply and quickly from February into late March. INTU rallied sharply from its March low and made what should be considered a "retest" in early April. Prices roared back the balance of April and so far in May to get within a few dollars of its February zenith. The slopes of the 50-day moving average line and the 200-day moving average line are positive.

The trading volume was heavy from late February through March but has declined since but with a recent pick-up. The On-Balance-Volume (OBV) line shows a decline into late March telling us that sellers of INTU were more aggressive. The OBV line has only recovered slightly since late March and I do not find that to be constructive.

The Moving Average Convergence Divergence (MACD) oscillator is above the zero line in positive territory but it has rolled over towards a take profits sell signal.

In the weekly bar chart of INTU, below, we see a more positive looking chart than what the daily chart shows. Prices did make a deep decline but it was not from a large top formation. INTU has recovered quickly and is back above the rising 40-week moving average line.

The weekly OBV line shows a rise the past three months telling us that buyers on this longer time frame have been more aggressive. The MACD oscillator has recently crossed above the zero line for an outright go long signal.

In this daily Point and Figure chart of INTU, below, we can see the decline and recovery without volume and other distractions. The chart is projecting the $316 area as an upside price target -- a minor new high but still a breakout. 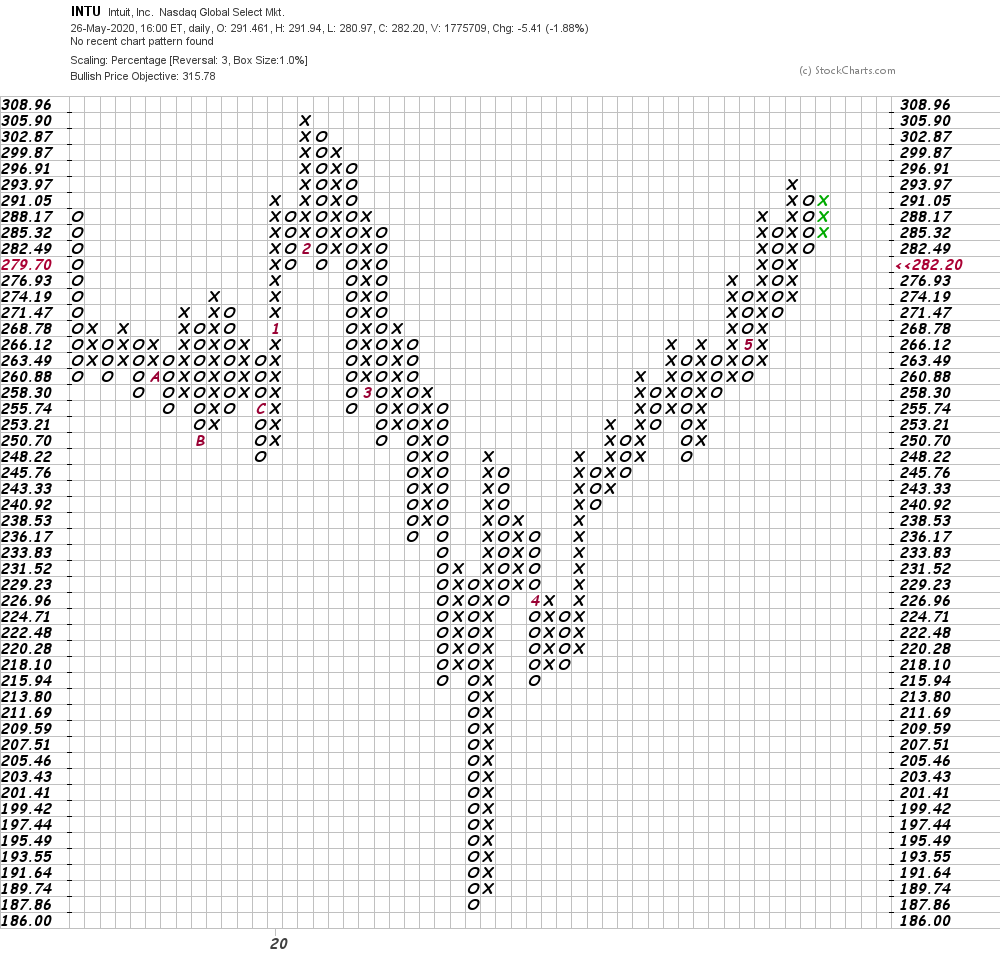 In this weekly Point and Figure chart of INTU, below, we can see that a price target of $387 is being projected. 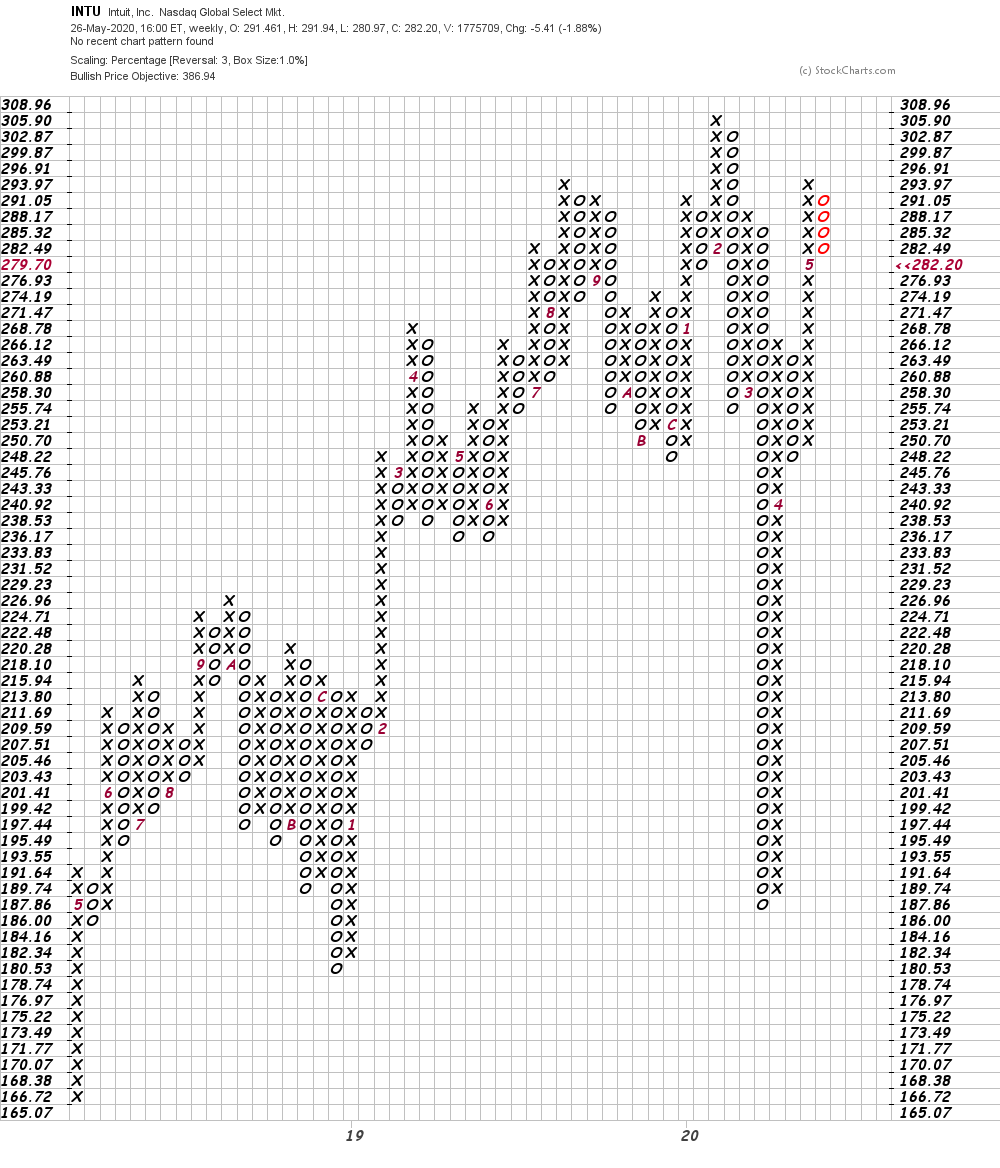 Bottom-line strategy: The daily bar chart of INTU is not really convincing but our other charts tell a bullish story. Aggressive traders could go long INTU at current levels risking a close below $270. The $315 area and then the $385 area are our potential price targets.

Get an email alert each time I write an article for Real Money. Click the "+Follow" next to my byline to this article.
TAGS: Investing | Stocks | Technical Analysis | Financial Services | Software & Services | Mad Money | Executive Interview