Intuit Inc. (INTU) was favored by Jim Cramer during the "Lightning Round" of his Mad Money program Thursday night. Prices broke out on the upside last month to new highs.

Can this strength continue? Let's review the charts and indicators.

In this daily bar chart, below, we can see INTU's rally from its late December low has been strong. Some stocks made a shallow bounce. Some stocks have gotten back near their September/October peaks, but a smaller universe has powered up to new highs. INTU made it into that last select group.

Prices are trading above the rising 50-day moving average line and the bullish 200-day line. At the end of February, the 50-day line crossed above the 200-day line for a bullish golden cross. The daily On-Balance-Volume (OBV) line was strong until September and then it slowly drifted lower to a December bottom. The OBV line has moved up the past two months but it has not broken the September zenith.

The Moving Average Convergence Divergence (MACD) oscillator crossed above the zero line in January for an outright-buy signal, but now the indicator has rolled over to a take-profits sell.

In the weekly bar chart of INTU, below, we can see an impressive three-year run. Prices have stayed above the rising 40-week moving average line for much of the time.

The weekly OBV line is pointed up and close to making a new high. The weekly MACD oscillator is bullish.

In this Point and Figure chart of INTU, below, we can see an upside price target of $272. 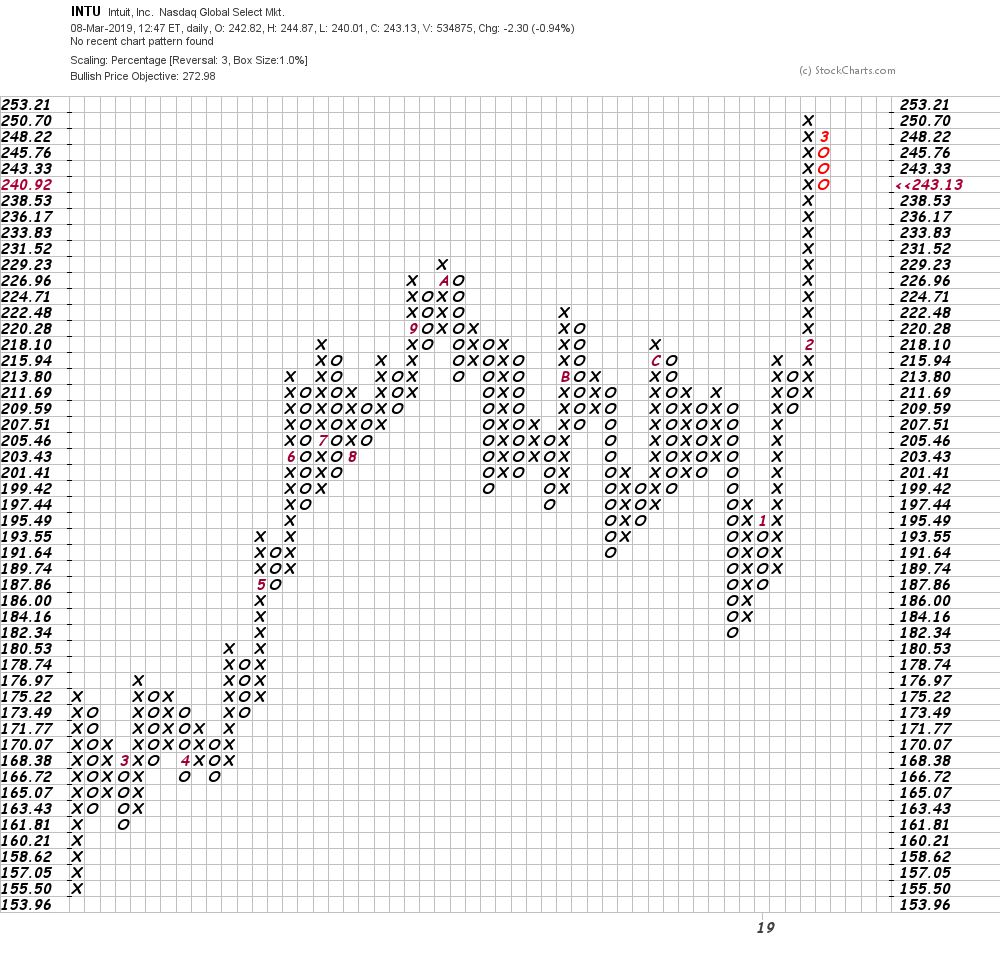 Bottom-line strategy: INTU looks strong as long as it does not retreat back below its September/October highs or below $230 on a closing basis.

Get an email alert each time I write an article for Real Money. Click the "+Follow" next to my byline to this article.
TAGS: Investing | Stocks | Technical Analysis | Software & Services