A mix of positive and cautionary technical events generated on the charts of the equity indices leave most in near-term uptrends.

However, the combination of increased insider selling pressure versus the Rydex Ratio, which has historically been a prescient leading indicator, combined with valuation lead us to downgrade our near-term market outlook.

The equity indices closed mostly lower Wednesday with negative internals on the NYSE and Nasdaq as NYSE volumes rose and Nasdaq volumes declined from the prior session.

No violations of support were generated. On the bullish side, the Dow Jones Transports made another new closing high in contrast to the Russell 2000 ( see below) closing below its near-term uptrend line, turning its near-term trend to neutral from bullish. The rest remain in uptrends. 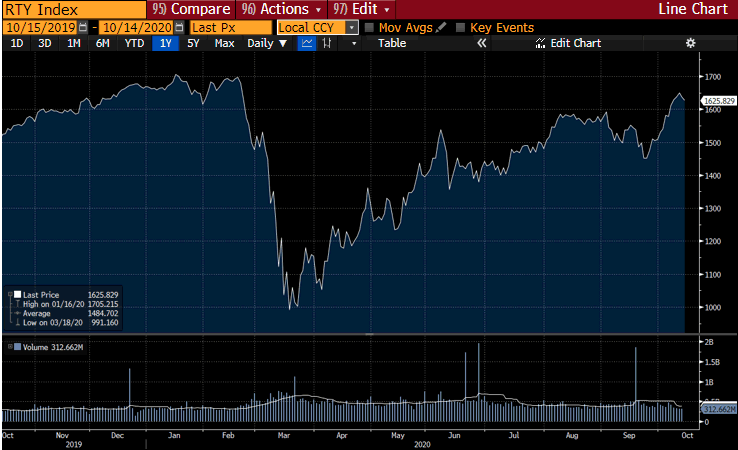 Cumulative breadth for the All Exchange, NYSE and Nasdaq slipped a bit but remain positive at this point.

Regarding stochastic levels, all remain overbought but lacking bearish crossover signals. However, given Thursday morning's weakness for the markets, should said weakness persist through the end of the session, we think it's likely crossovers may be triggered at the close.

However, we continue to see a ratcheting up of insider selling activity that brought the Open Insider Buy/Sell Ratio (see below) down to 28.5. Readings below 25 are considered bearish signals. 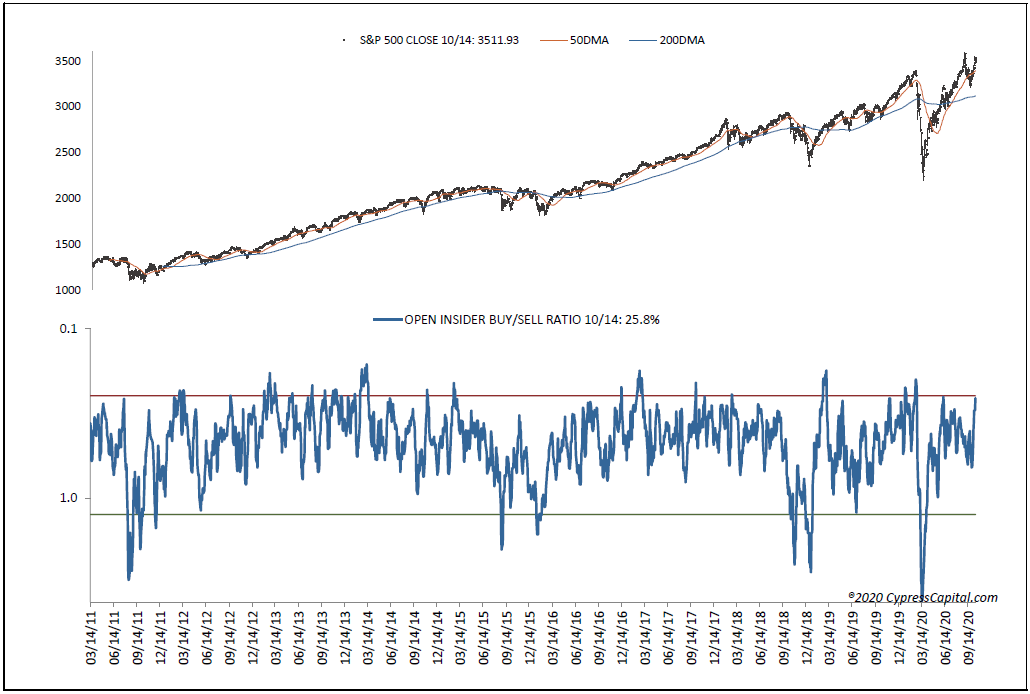 Meanwhile, the Rydex Ratio (contrarian indicator), while dipping slightly, remains on a bearish signal as the leveraged ETF maintain their leveraged long exposure at a bearish 1.15. We reiterate that, historically, insiders have been the on the right side of the trade within this dynamic.

The counterintuitive percentage of S&P 500 issues trading above their 50-day moving averages is neutral at 67.3%.

The valuation gap remains extended with the S&P 500 trading at a P/E multiple of 22.4x consensus forward 12-month earnings estimates from Bloomberg of $155.54 per share, while the "rule of 20" finds fair value at 19.3x. However, this valuation extension has been present for the past several months.

While the charts are generally positive as of Wednesday night's close, the increase in insiders selling into market strength combined with valuation suggest remaining "neutral/positive" may be pressing our bets. As such, we are shifting our near-term outlook for the markets to "neutral" from "neutral/positive."