After recovering from the intraday lows, there was a change in character Thursday as the larger-cap equity indices declined as the rest rose. The past several sessions had shown opposite activity.

The major equity indices were mixed Thursday with the S&P 500, DJIA, Nasdaq Composite and Nasdaq 100 closing lower on the day although well above their intraday lows. 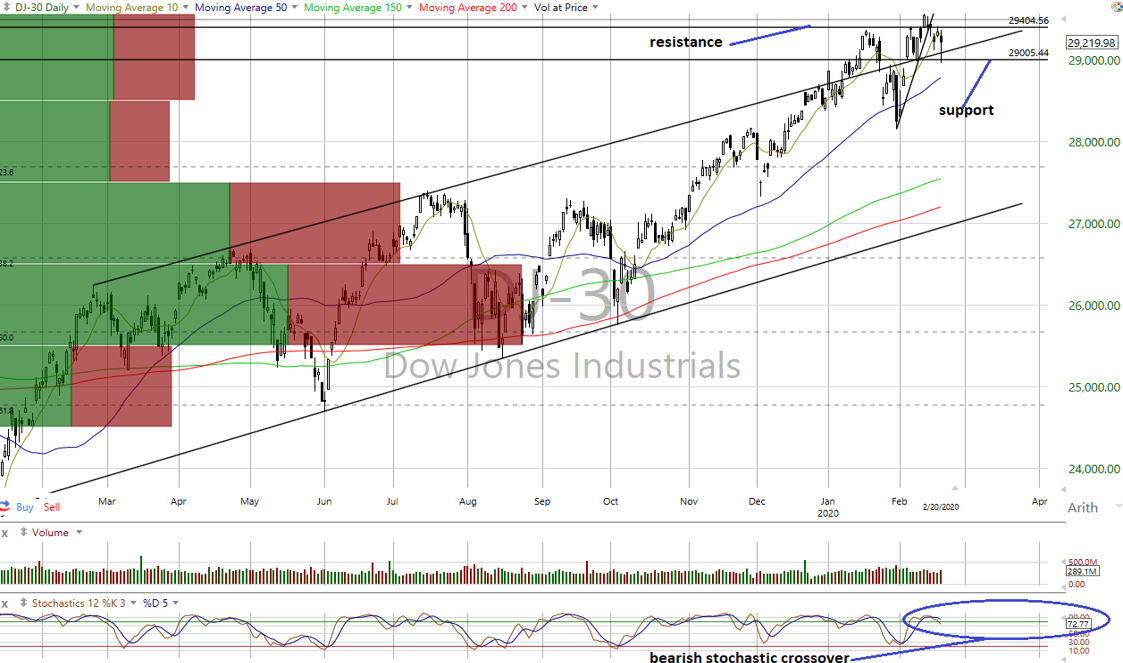 The DJIA (see above) flashed a "bearish stochastic crossover" signal suggesting potential further weakness while the S&P MidCap 400 closed above resistance to a new closing high.

The near-term trends remain neutral on the DJIA, Dow Jones Transports and Russell 2000 with the rest remaining positive.

The advance/decline line remains positive on the NYSE and neutral on the Nasdaq and All Exchange.

Still, we continue to be quite concerned regarding a weakening structure as the Nasdaq cumulative A/D (see below) remains on a bearish divergence as more stocks have lost ground as the indices advance. As noted previously, this dynamic has historically resulted in notable market corrections. 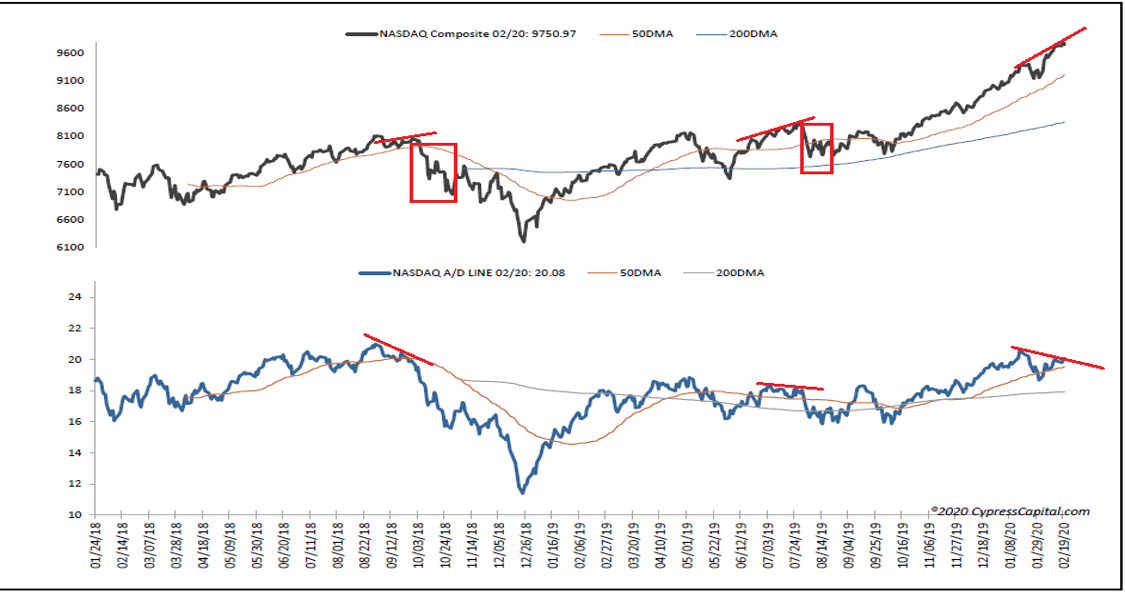 The Open Insider Buy/Sell Ratio dropped further to 21.7 and is now bearish as insiders have ramped up their selling during recent market strength while the detrended Rydex Ratio (contrary indicator), at 1.05, is bearish as the leveraged ETF traders remain heavily leveraged long.

We remain near-term "neutral/negative" in our outlook as negative cumulative market breadth due to more money chasing fewer stocks as most issues are in decline, S&P 500 overvaluation and investor complacency as insiders exit suggest to us that an elevated level of risk exists that has historically been resolved by notable market corrections.