Two of the major equity indices closed below their support levels Thursday keeping their near-term trends negative while another closed above its near-term downtrend line, turning its trend to neutral. However, the data is sending encouraging signs, especially regarding market psychology.

Let's break it all down for you now.

The indices closed mixed Thursday with negative internals on the NYSE and NASDAQ but on lighter volume. Negative signals came from the Dow Transports and S&P MidCap 400, which broke below their support levels. On the other hand, the DJIA (see below) closed above its short-term downtrend line, shifting its trend from negative to neutral. As such, the near-term trends are evenly split between neutral and negative trends. 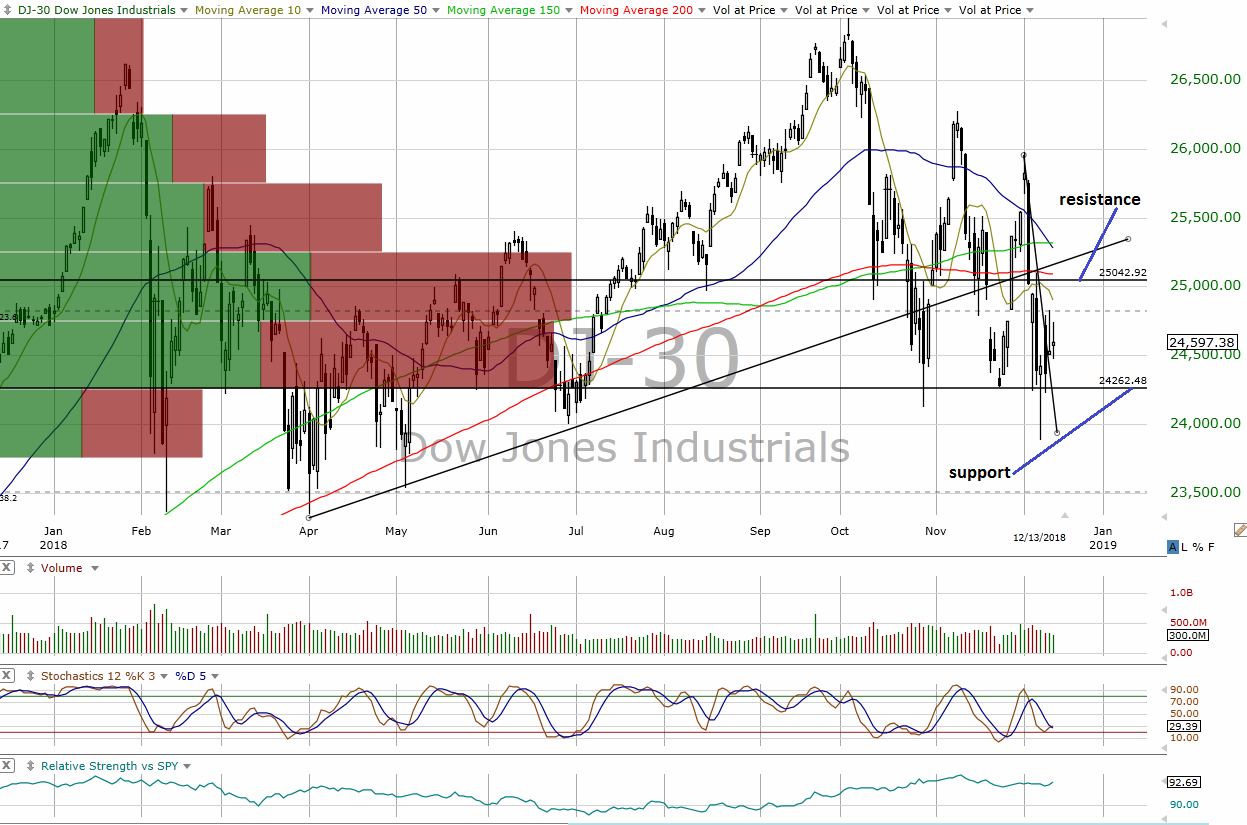 Unfortunately, the cumulative advance/decline lines for the All Exchange, NYSE and NASDAQ remain in downtrends and below their 50-day moving averages. We need to see more violations of downtrends and resistance as well as better breadth in order to become more positive.

The data finds all of the McClellan Overbought/Oversold Oscillators neutral (All Exchange: -27.87/-43.24 NYSE:-27.94/-41.45 NASDAQ:-29.98/-41.45). However, market psychology data is very positive as the detrended Rydex Ratio (contrary indicator; see below) finds the crowd very leveraged short at -1.05. They were heavily leveraged long in October, prior to the start of the correction.

In sharp contrast, insiders are buying their stock with both hands at levels seen only five other times in the past decade with a 152.0 Open Insider Buy/Sell Ratio. In each of the prior cases, they occurred near market bottoms.

Valuation still seems quite appealing as it is well below fair value, assuming current estimates hold. The S&P 500 is trading at a forward P/E multiple of 15.6x 12-month earnings estimates via Bloomberg of $170.30 per share, versus the "rule of 20" implied fair value multiple of 17.1x.

Seasonality remains encouraging as the November to April period coming out of a mid-term election year has seen positive returns since 1946 with a median return of 15% since 1930. Only two out of 21 periods were negative.

Despite the bullish psychology data, we are unable to become more positive until some improvements are seen on the charts and general market breadth, thus leaving our near-term outlook at "neutral."