You know when you have booked a vacation months in advance and you don't think much about it, but as you get to a few weeks away the days seem to crawl? Every day feels like, "When will my last day before vacation get here?" Or, as the kids would scream from the back seat, are we there yet?

In the stock market, we are all like teenagers: We hate to wait and we want instant gratification. The markets, though, have something else in mind, don't they?

Two weeks ago the market got overbought. Last week I noted I was prepared to be a stickler and wait until the oversold condition showed up. We may not be there yet, but we are awfully close now. It's like the day before vacation. The window is opening.

My own Oscillator has moved down. The math says it could even move down more on Thursday (and we know Thursdays have been red in 2022) but after Thursday it should be done going down for now, or as I like to call it, oversold.

Then there is the McClellan Summation Index, which has been heading down -- this tells us the majority of stocks are heading down. Yet, when this breadth indicator needs a net differential of positive 2,000 or greater of advancers minus decliners on the New York Stock Exchange to halt the decline, it has stepped a toe into oversold territory. When it needs 4,000 or more, it is extremely oversold. As of now, it needs 2,800. If the market were to be down on Thursday, I believe this would get to 4,000. So we're into the time frame/zone now. 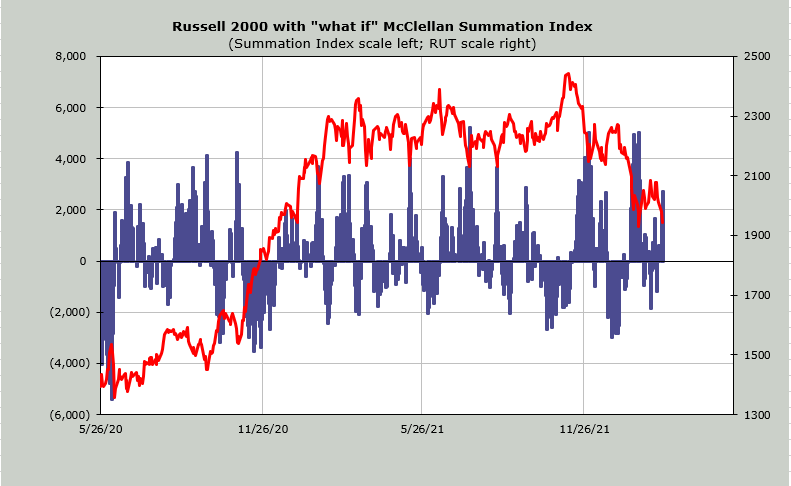 The above are both breadth indicators. Now, let's look at price using the Nasdaq Momentum Indicator. What I do here is I plug in lower closes for Nasdaq over the next week in an effort to see when the indicator not only stops going down but goes up. In other words, the momentum turns upward even if price keeps going lower, which is the definition of oversold.

You can see there is a "W" pattern on the chart when I walk Nasdaq down 1,000 points in the next week. The first leg of the W is Thursday. The second one is Tuesday. So the window is open for this indicator as well. The Tuesday turn is clearly better than the Thursday, which is why I say I think we get a rally in early March. 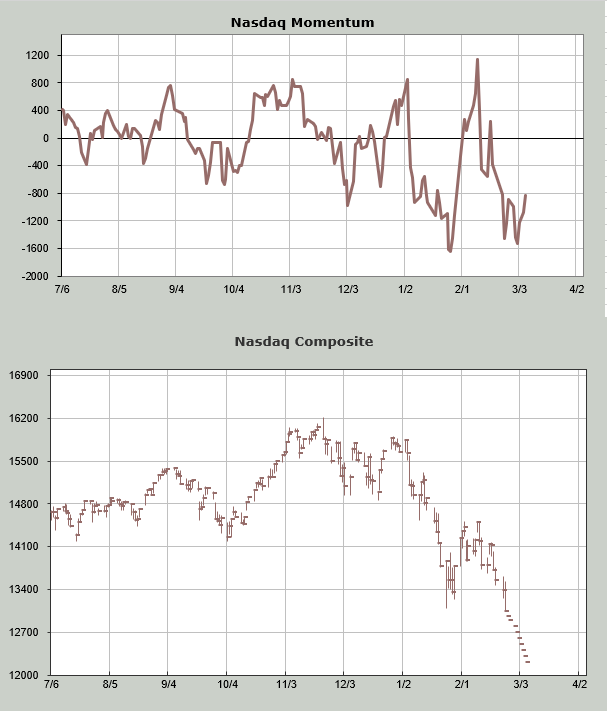 Both Nasdaq and the S&P broke their January lows on Wednesday. Both the NYSE and Nasdaq saw fewer stocks making new lows than they saw in January which is a positive divergence. 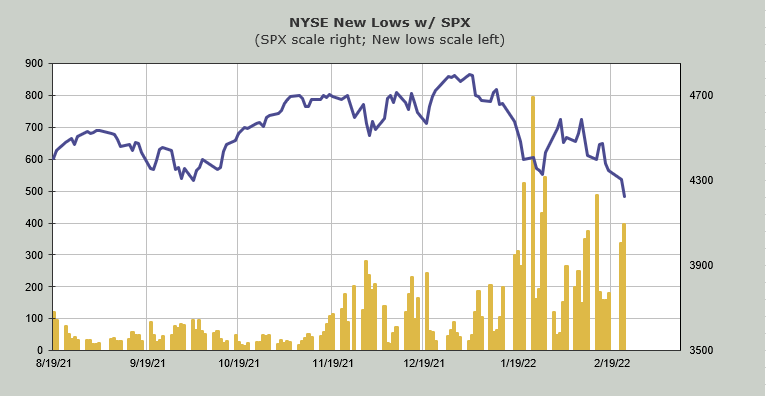 Then there is sentiment. We know how sour it is, which should surprise no one. This market has worn people down. And it's not as if the news is great either. Perhaps that's why the Investors Intelligence bears have shot up to 31%, the highest reading since spring 2020. No they are not yet at 40% which was the peak reading there, but they have doubled since November. 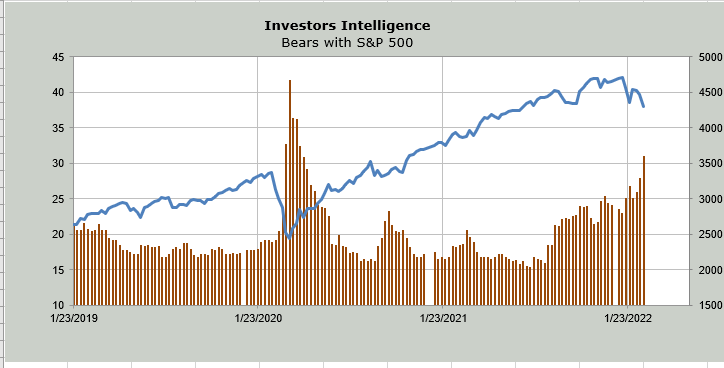 Finally the Daily Sentiment Index (DSI) for both the Nasdaq and the S&P is at 10. A single-digit reading, if we get one, would surely be a tell on the short-term sentiment front. Readings this low tell you how sour sentiment is and usually show up when we are close to a rally.

It's always hard to pick the exact day for an oversold or counter-trend rally to begin, but the window is open and I think we rally in early March.