I outlined a covered-call strategy in November on Dynavax Technologies (DVAX) . But, unfortunately, that was before the bottom dropped out of the market. Thanks partly to algorithmic trading, there are several hundred small biotech names selling at or under cash value on their balance sheets.

I "rolled" my original April options on that play. 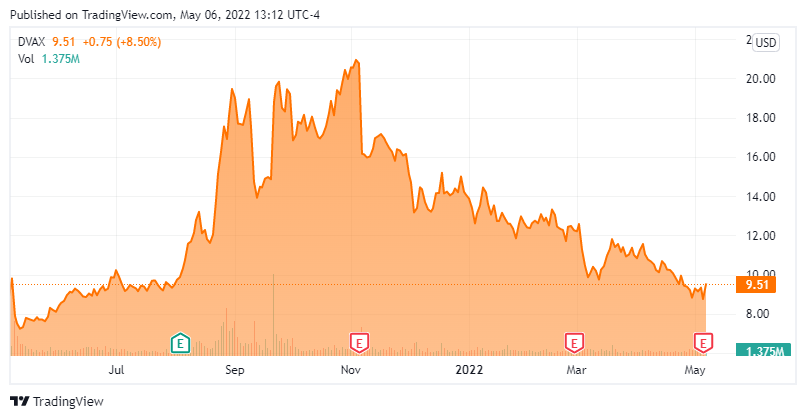 I am now doubling down on that holding, and adding exposure to the name. Dynavax reported first-quarter results last Thursday. The stock managed a decent gain Friday, even as the company had a revenue miss. This was because of lumpy sales from its adjuvant used by several Covid vaccines. The company confirmed forward guidance calling for $550 million of revenue in fiscal 2022 with a 50% gross margin. Given it has signed contracts for its CpG 1018 adjuvants in 2022, the guidance seems more than solid. The company also had unadjusted earnings per share of 26 cents, two pennies above the consensus.

Analysts have $1.20 a share in profit penciled in for fiscal 2022. Now revenues will likely fall off significantly for the company's Covid adjuvants in next fiscal year, as the pandemic eventually ebbs. The company has used this burst in revenue to build a net cash hoard of approximately $280 million, which it will add to this fiscal year. The stock's market cap is around $1.2 billion.

In addition, the company is rapidly taking market share with its hepatitis B vaccine, which is "best of breed." Heplisav-B did $20.8 million worth of sales in the first quarter, compared to just $8.3 million in the same quarter a year ago. The Center for Disease Control and Prevention's Advisory Committee on Immunization Practices (ACIP) recently recommended hepatitis B vaccination for all adults aged 19 to 59. Management believes this will help bump the annual market for hepatitis B vaccines to $800 million just in the United States by 2027. It is a market DVAX plans to dominate. 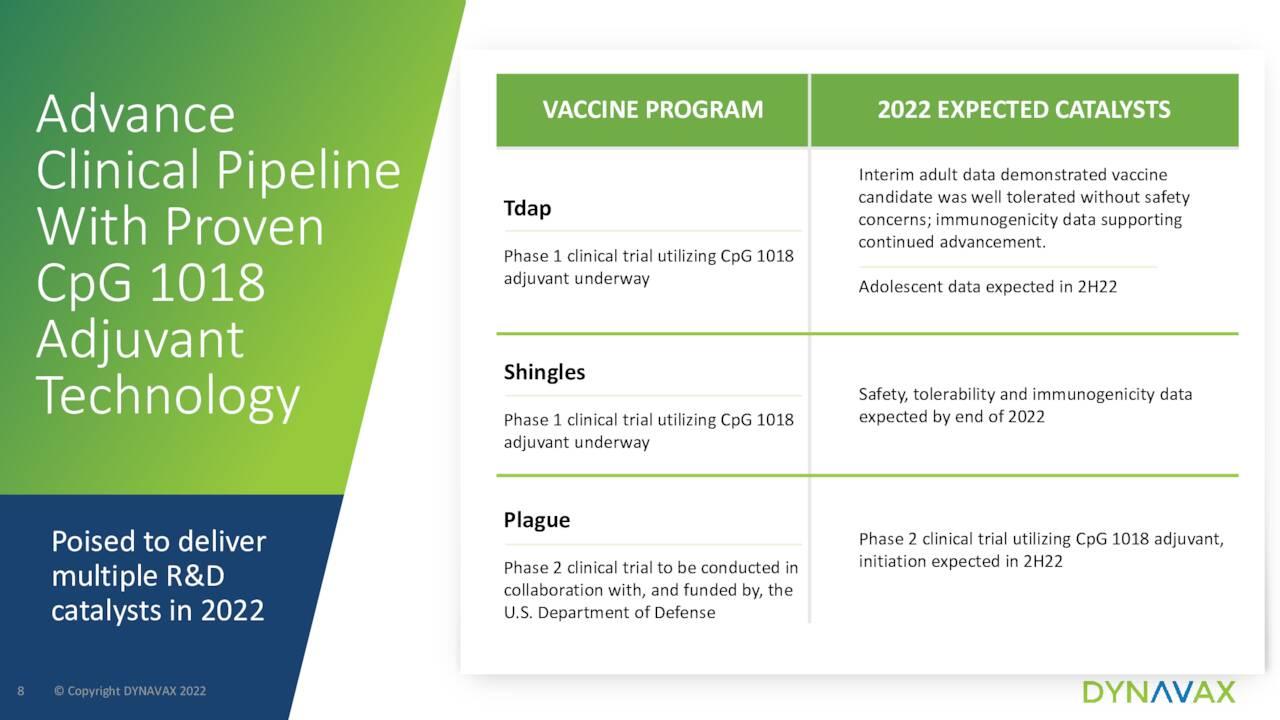 Heplisav-B offers protection via two doses over one month rather than three doses over six months, compared to Entergis-B, which has been the standard for a generation. It also is more effective (95% vs. 81%) in providing this protection. Finally, the company has some early-stage vaccine candidates in development including for the one-shot for tetanus, diphtheria and pertussis, and for shingles, in development. Study readouts for these efforts should be disclosed this year. Finally, H.C. Wainwright reiterated a "Buy" rating and $28 price target on DVAX after the earnings release on Thursday. I expect other analyst firms to follow suit next week.

Here is how I added to my position in DVAX via a covered call order.

Using the January $10 call strikes, fashion a covered call order with a net debit in the $7.10 to $7.30 a share range (net stock price -- option premium). This strategy provides over 20% of downside protection and nearly 40% potential upside even if the stock does nothing over the option duration.

Get an email alert each time I write an article for Real Money. Click the "+Follow" next to my byline to this article.
TAGS: Investing | Options | Stocks | Healthcare | Pharmaceuticals | Health