During Monday night's Mad Money program host Jim Cramer talked about stealth winners in the stock market. After a rough day for the averages, he noted it pays to look at the market's biggest winners and ask if they can still go higher. In this market, that means looking at the stealth bull market in JPMorgan Chase (JPM) .

Let's check out the charts of this money center financial giant and Action Alerts PLUS holding to see what the charts tell us.

In the daily bar chart of JPM, below, we can see the price action of the last 12 months. Prices made a quick bottom in late December and from there we can see an uptrend into this December. Prices have made a number of corrections or pullbacks along the way and Tuesday's gap to the downside looks like just another correction.

If prices gapped lower from a large top pattern or distribution pattern it would be another story but I do not see a topping pattern or weak price action on diminishing volume. That does not mean that prices cannot decline but it does mean it probably is not too likely.

Trading volume has been diminishing from the middle of October suggesting that buyers were running out of energy (read money) but the On-Balance-Volume (OBV) line shows a rise from March that stretches into December.

The Moving Average Convergence Divergence (MACD) oscillator turned lower in early November for a take profits sell signal but that is not the same as a decline below the zero line.

In the weekly bar chart of JPM, below, we can see that prices have broken out on the upside from a 20-month consolidation pattern or continuation pattern. A pattern this large can typically support an equally large upside move or breakout. The pattern is at least $25 high so we should see prices climb at least $25 above the breakout point or around $145. JPM is above the rising 40-week moving average line.

The weekly OBV line has turned up the past two months telling us that buyers are acting more aggressively. The MACD oscillator has been bullish since April.

In this first Point and Figure chart of JPM, below, we can see a potential upside price target in the $148 area. 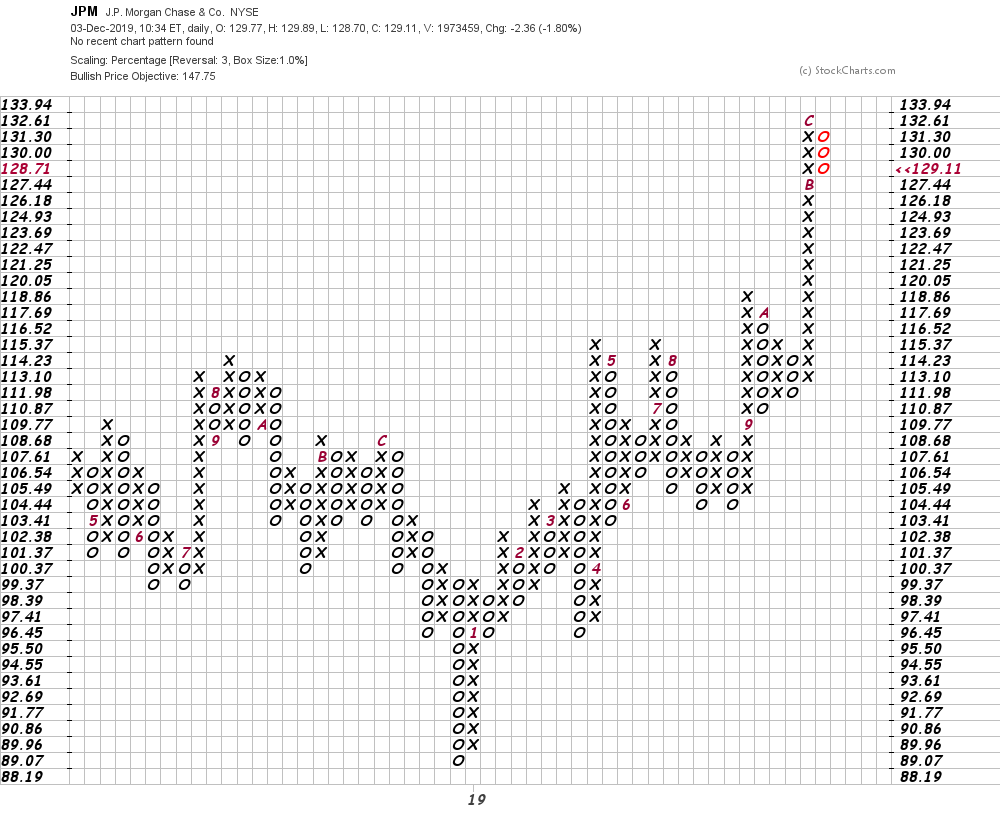 In this second Point and Figure chart of JPM, below, we used weekly close-only data. Here we see the same upside price target but we also see a much bigger base than on the daily chart. This base should be able to support a big rise. 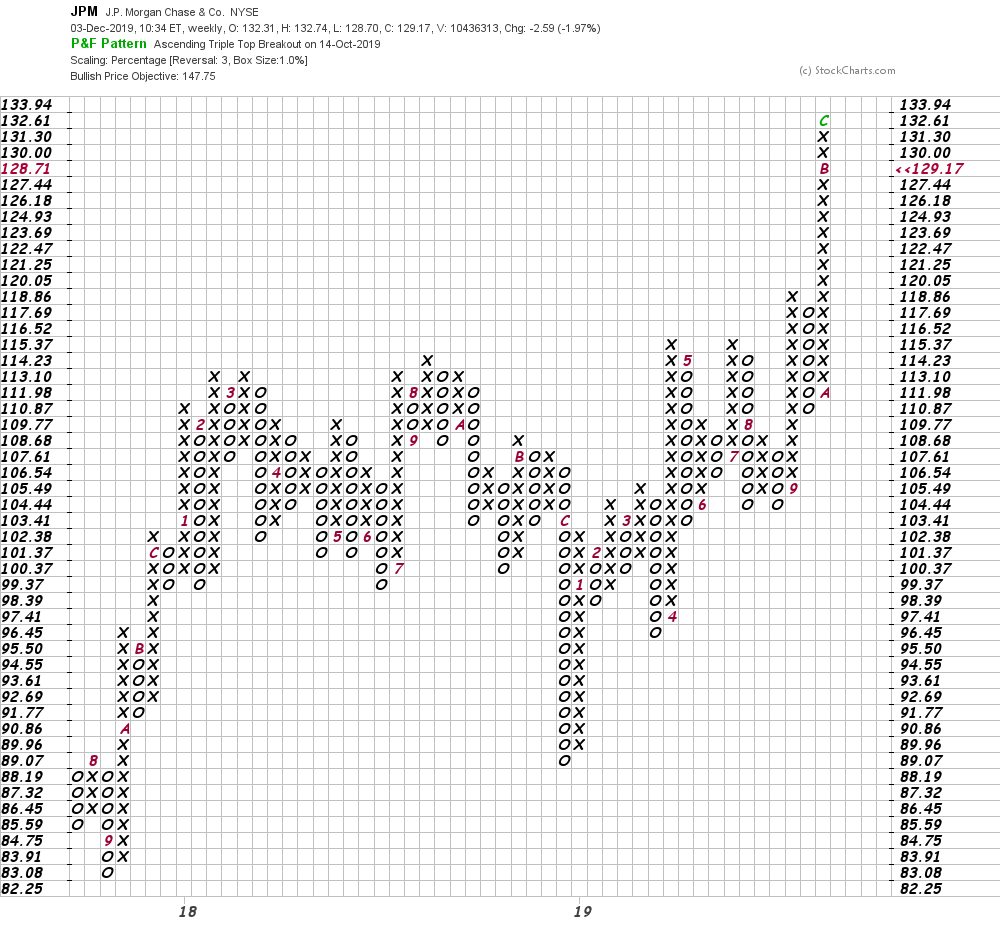 Bottom-line strategy: Without a period of distribution (selling) it is not likely that JPM has made an important top. Prices may correct for one to three days but that is all I would anticipate at this juncture.

Get an email alert each time I write an article for Real Money. Click the "+Follow" next to my byline to this article.
TAGS: Investing | Stocks | Technical Analysis | Banking | Financial Services | Mad Money

Sit Down For This: The Dow's Been Sagging for 5 Days Straight

The Dow and the Russell 2000 are now at their 50-day moving averages -- here's what that means for the market.