HPQ on Tuesday posted a fiscal fourth-quarter earnings beat and its shares were higher in pre-market trading Wednesday morning.

Lores said HP saw record shipments for both PCs and printers in the quarter and has strong cash flows, which has allowed it to reward shareholders with dividends and buybacks.

Let's check and see what the potential is from the charts.

In this daily bar chart of HPQ, below, we can see that prices made a low around the middle of March, followed by a successful retest in May. Prices have rallied the past seven months with frequent pullbacks. HPQ is trading above the rising 50-day moving average line and above the bottoming 200-day moving average line. The On-Balance-Volume (OBV) line shows a rising pattern from early April to tell us that buyers of HPQ have been more aggressive. This confirms and supports the advance. The trend-following Moving Average Convergence Divergence (MACD) oscillator crossed back above the zero line this month for a new, outright-buy go long signal.

In this weekly bar chart of HPQ, below, we can see that prices have been in a wide downtrend from 2018. The rally this year has brought prices up to a point where this downtrend is in jeopardy. Prices are in an uptrend from March and trade above the still-declining 40-week moving average line. The weekly OBV line has been steady this year but now shows some fresh buying in the past two months. The MACD oscillator is bullish.

In this daily Point and Figure chart of HPQ, below, we can see the recent upside breakout in prices and a potential $26 price target. 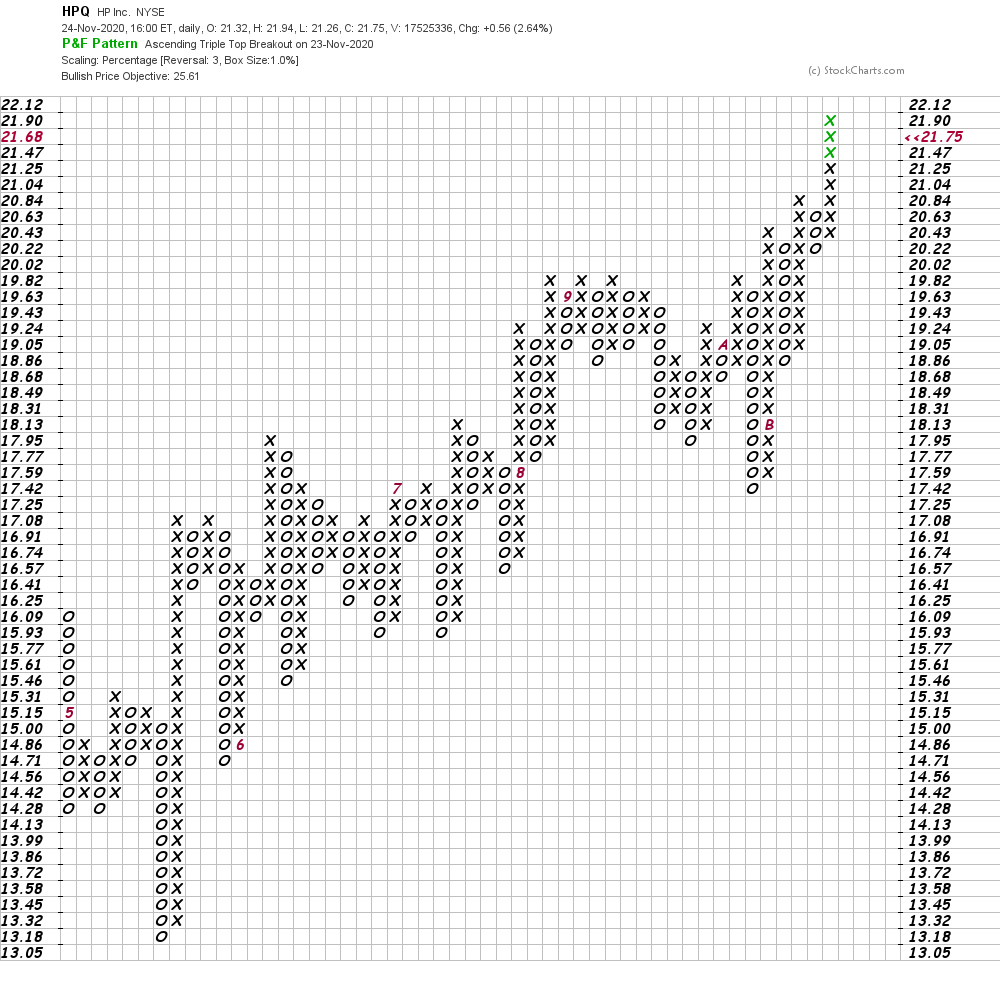 In this weekly Point and Figure chart of HPQ, below, we can see a possible price target in the $30 area. 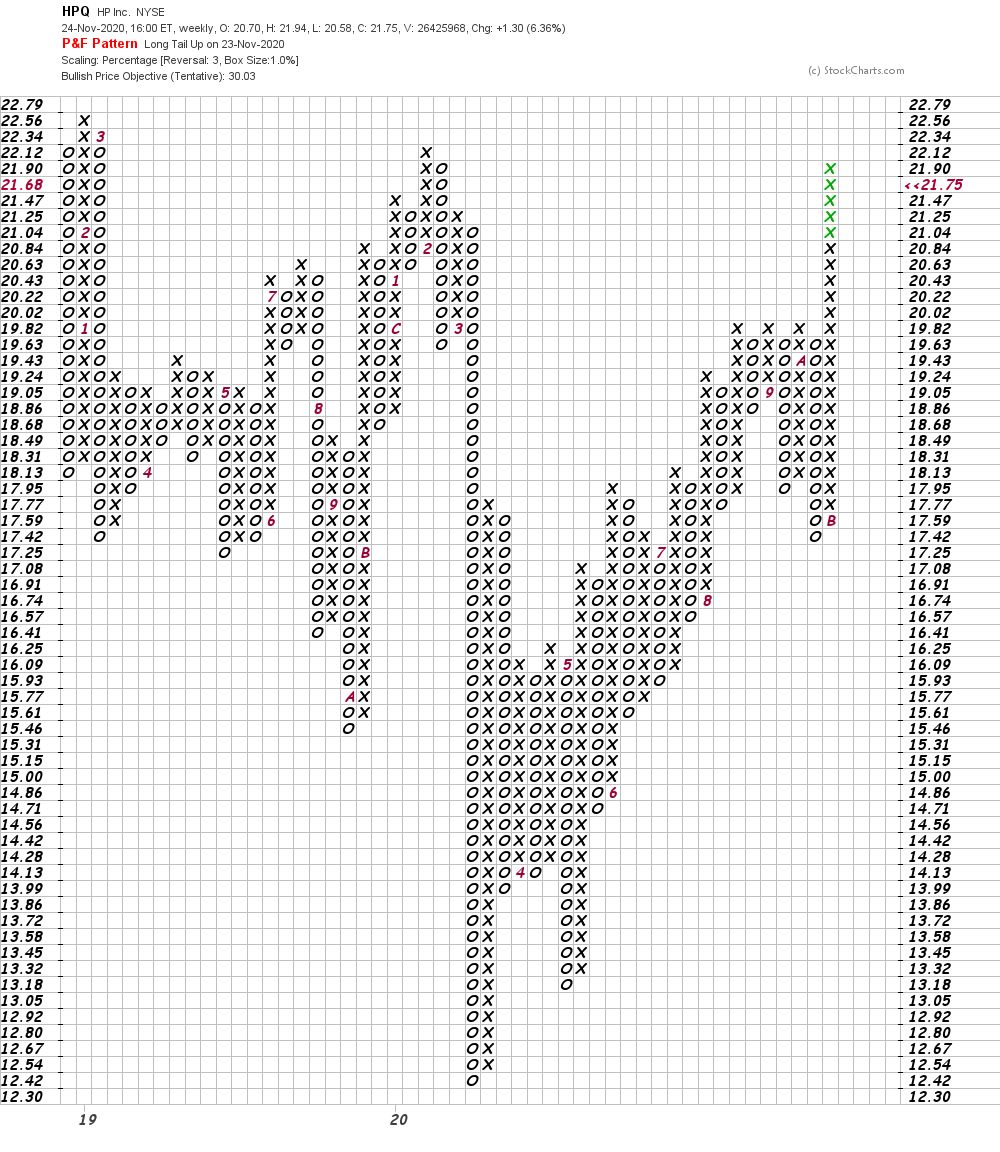 Bottom line strategy: In our review of HPQ on Aug. 28 we wrote, "It looks like HPQ can continue to grind higher and eventually retest the February zenith." I will assume traders are probably long HPQ. Raise sell stops to $19.50 and look for gains to $26 initially.

We will soon see if another V-shape move is in the cards.

In a market with elevated valuations and low yields, we see pharmaceutical stocks as a respite from both.