According to media reports, HP Inc.'s (HPQ) board of directors has unanimously rejected Xerox's (XRX) takeover bid of $22/share. In addition, in their letter to Xerox CEO John Visentin, the board raised concern of outsized debt for a merger transaction impacting the combined company's stock. However, the door seems to be open to the potential of a combination.

Let's see what the charts suggest as HPQ is the Stock of the Day on Real Money.

In the daily bar chart of HPQ, below, we can see that prices and the indicators have been improving since early October. HPQ is now trading above the declining 200-day moving average line and above the rising 50-day line.

Trading volume has been increasing since early October and the On-Balance-Volume (OBV) line has been strong telling us that buyers of HPQ have been more aggressive in recent weeks.

In the weekly bar chart of HPQ, below, we can see a number of positive developments. Prices are above the declining 40-week moving average line.

The weekly OBV line has been bullish the past three years even when prices weakened. The OBV line has turned upward in the past month and is not far from making a new high.

The MACD oscillator just crossed to the upside from below the zero line for a cover shorts buy signal.

In this Point and Figure chart of HPQ, below, the software is projecting a potential price target of $31. Will we see a higher bid from XRX or perhaps someone else? 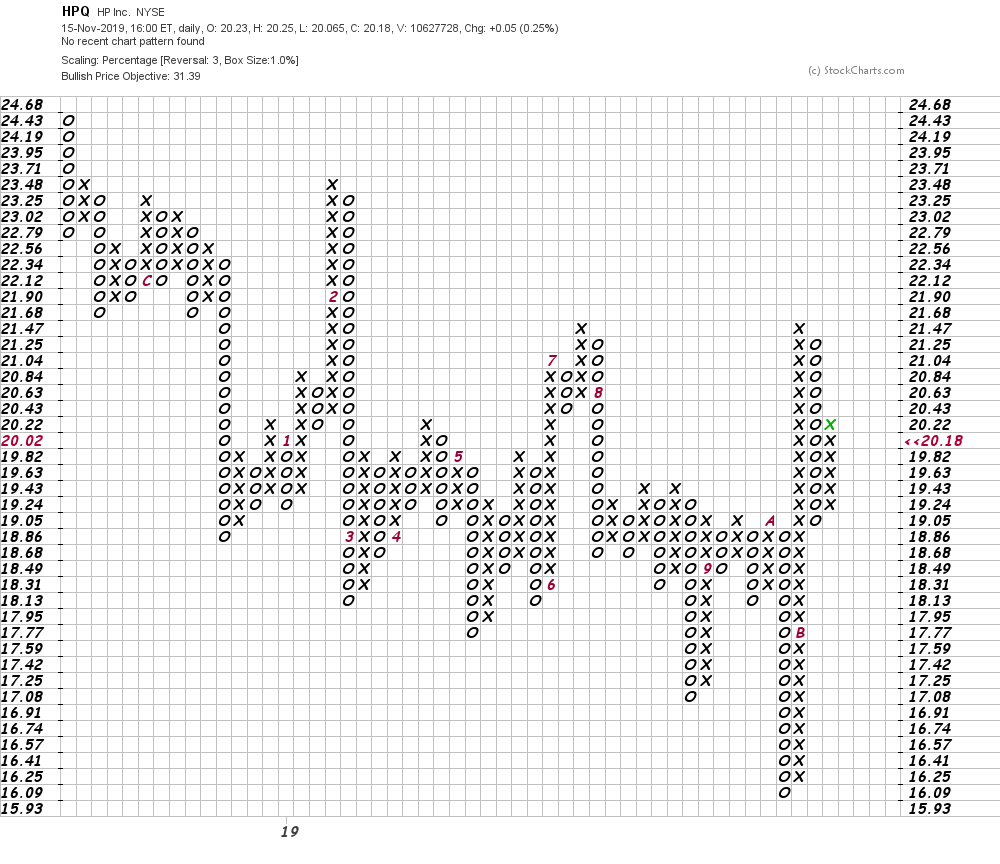 Get an email alert each time I write an article for Real Money. Click the "+Follow" next to my byline to this article.
TAGS: Mergers and Acquisitions | Investing | Markets | Stocks | Technical Analysis | Technology Hardware & Equipment | Stock of the Day

United Parcel Service Is Likely to Resume Its Advance