While Tuesday's late-day selloff was jarring, no violations of support or trend were registered on the charts of the major equity indices. Indeed, the bulk of the indices remain in positive near-term trends.

The data continues to send a generally neutral message while valuation continues to be the outlying cautionary issue. 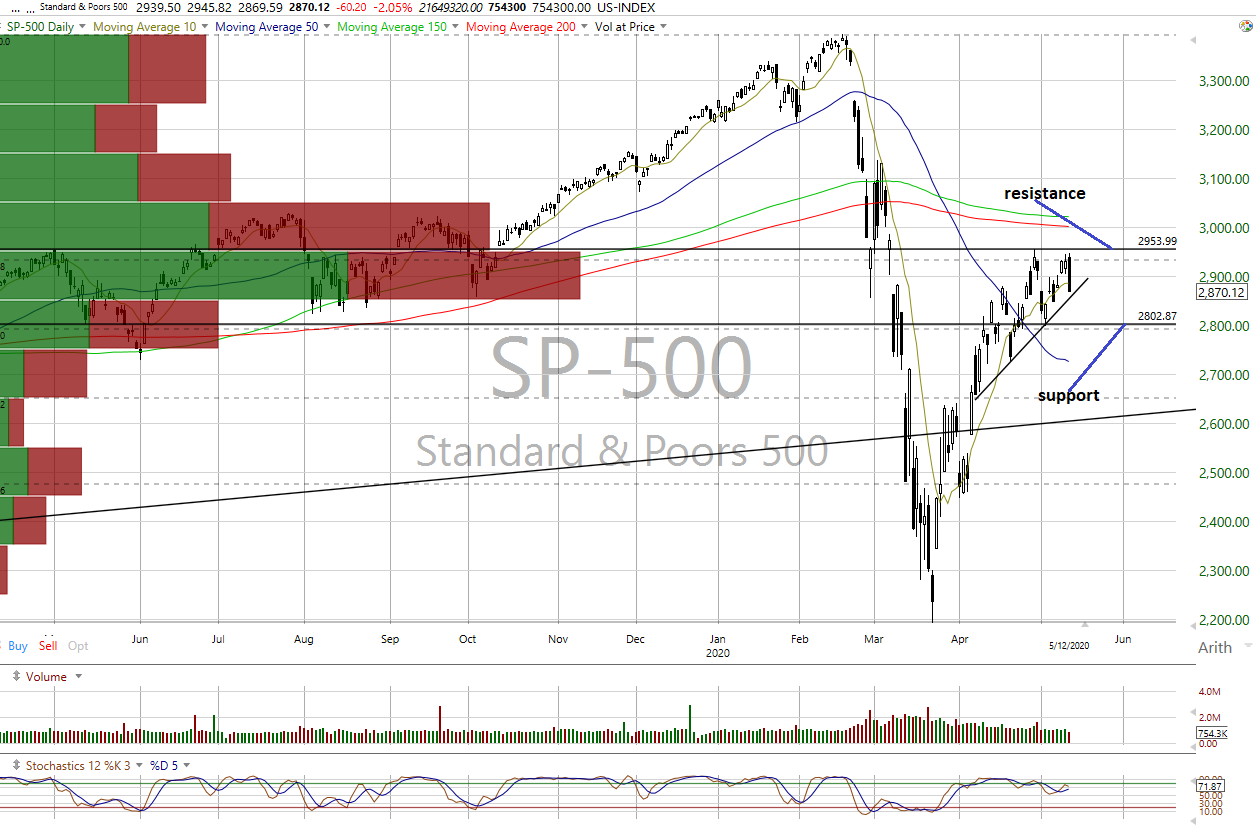 All the equity indices closed lower Tuesday with negative internals on the NYSE and Nasdaq as volumes rose.

While the declines were notable, none of the charts saw violations of support or trend, leaving all but the Dow Jones Transports, which is neutral, in positive short-term uptrends. Also, all remain above their 50-day moving averages.

The S&P 500 (see above), DJIA and S&P MidCap 400 closed near said uptrend lines with the MidCap also closing at support.

And while breadth was negative, the cumulative advance/decline lines for the All Exchange, NYSE and Nasdaq were unchanged as positive and above their 50-day moving averages as well.

So, at this stage, the message from the charts is unchanged.

The data remains mostly neutral including the one-day McClellan Overbought/Oversold Oscillators on the All Exchange, NYSE and Nasdaq (All Exchange: +3.65 NYSE: -8.12 Nasdaq: +13.11).

The Open Insider Buy/Sell Ratio is also neutral at 58.0 as insiders are evenly balanced between purchases and sales of their own stock as is the detrended Rydex Ratio (contrary indicator) +0.17 with the leveraged ETF traders riding the fence.

This week's AAII Bear/Bull Ratio (contrary indicators) at 48.9/26.37 continued to send a bullish message as the crowd has yet to embrace the market's strength from the March lows.

The counterintuitive percentage of S&P 500 issues trading above their 50-day moving averages is also neutral at 68.7%.

Valuation continues to be our greatest concern. The S&P 500 is trading at a P/E of 22.0x consensus forward 12-month earnings estimates from Bloomberg of $130.37 per share, versus the "rule of 20" fair value multiple of 19.3x, suggesting the index remains overvalued.

While Tuesday's declines may have been unnerving, they left the message from the charts and data unchanged, thus causing us to maintain our near-term "neutral/positive" outlook for the equity markets.