On Mad Money Friday night, Jim Cramer spoke for the first time with Fabrizio Freda, CEO of The Estee Lauder Companies Inc. (EL) . Freda said consumer demand is driving Estee Lauder's growth and customers have found ways to buy their products online when they couldn't buy them in stores.

When asked about China after their economy reopened, Freda explained that demand was strong, with recovery starting online and expanding out to brick and mortar retail.

Let's check out the charts and indicators of EL.

The trading volume has been heavy since January and the On-Balance-Volume (OBV) line made only a shallow decline into March and is now back near its all-time high. A new high from the OBV line would be encouraging to the bulls as it would suggest that buyers of EL are more aggressive.

In the weekly bar chart of EL, below, we can see that prices corrected down into the big consolidation pattern of 2018. Prices have firmed up from their March low but still remain below the declining 40-week moving average line.

The weekly OBV line has been in an uptrend the past three years and shows only a minor dip in February and March, which suggests that longer-term investors in EL have stayed with their positions.

The MACD oscillator is well below the zero line but it has been narrowing toward an eventual cover shorts buy signal.

In this daily Point and Figure chart of EL, below, we can see a potential upside price target in the $207 area. 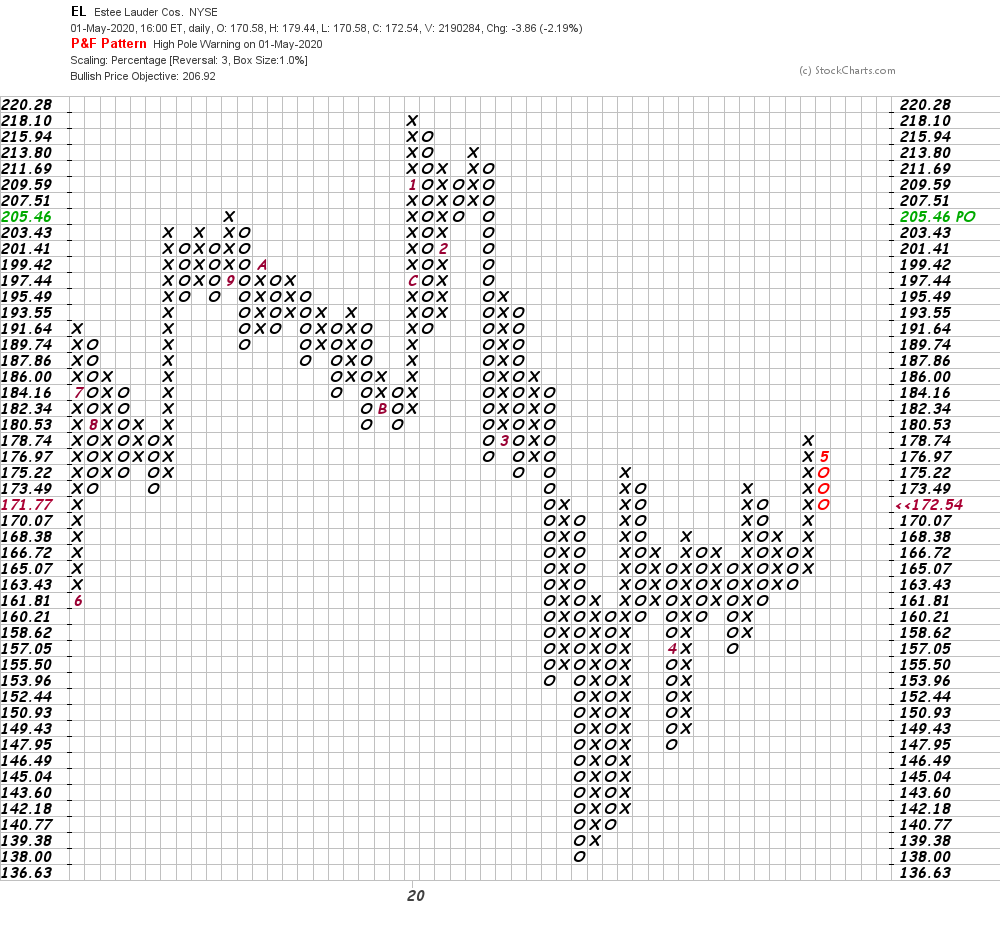 Bottom-line strategy: The charts and indicators for EL are constructive and aggressive traders could probe the long side risking a close below $160. The $210 area is our target.

Get an email alert each time I write an article for Real Money. Click the "+Follow" next to my byline to this article.
TAGS: Investing | Stocks | Technical Analysis | Mad Money | Executive Interview | Consumer Products | Consumer Discretionary