The long side of CyrusOne Inc. (CONE) was favored by Jim Cramer in Thursday night's fast-paced "Lightning Round" of his popular Mad Money program on CNBC. Let's check out the charts and indicators of this global data center REIT to see if a bullish strategy makes sense.

In the daily bar chart of CONE, below, we can see an improving technical picture since early November. Prices started to break to the downside in late September and closed below the cresting 50-day moving average line. By the end of October CONE had broken below the flat 200-day line.

This month the 50-day line fell below the 200-day line for a bearish death cross of these two popular moving averages. CONE made a low in early November with increased volume and a retest and higher lower later in the month on diminished volume. This month CONE rallied above the November high to establish an uptrend.

The daily On-Balance-Volume (OBV) line rose from February to late September to confirm the price strength. The OBV line made a slight decline in October and part way through November suggesting that sellers were more aggressive. Since late November the OBV line has inched higher.

In the weekly bar chart of CONE, below, we can see a longer-term pattern of higher lows and higher highs. CONE is currently trying to close above the rising 40-week moving average line.

The weekly OBV line declined from September and has recently turned up. The MACD oscillator has been narrowing and could soon give us a cover shorts buy signal.

In this Point and Figure chart of CONE, below, we can see a short-term upside breakout and potential price target of $69.63. 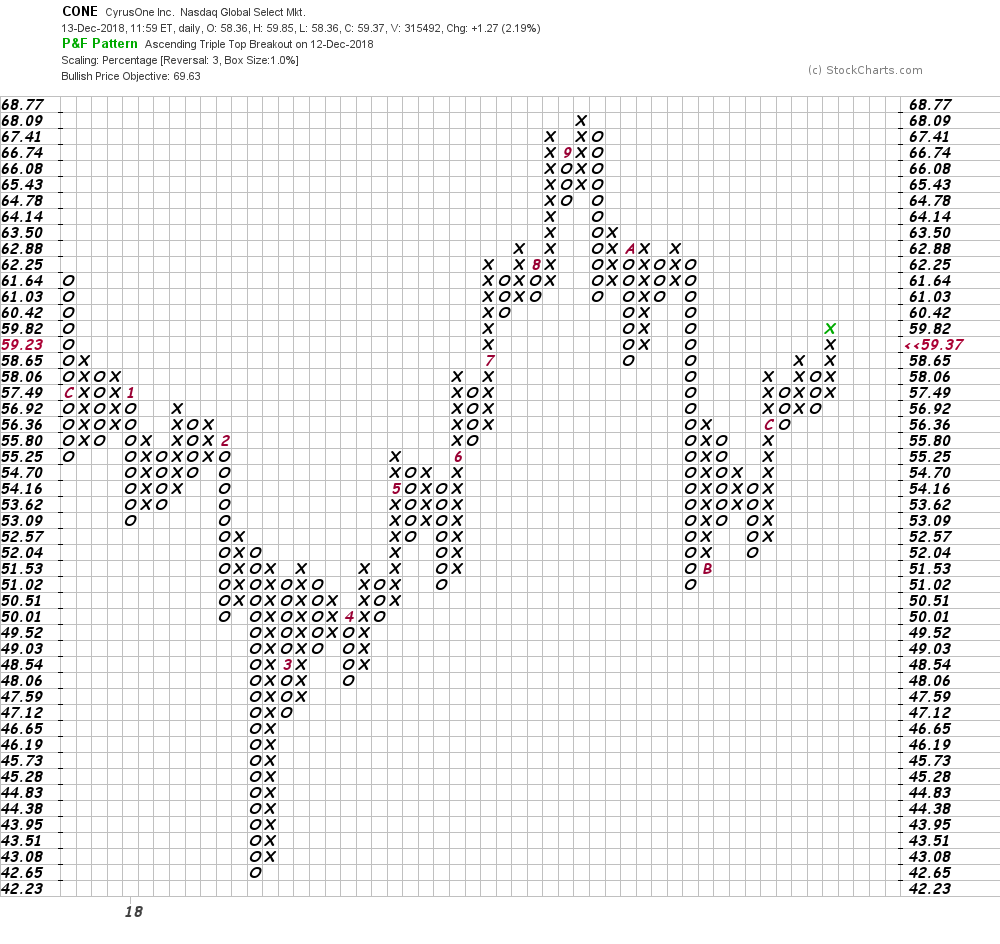 Bottom-line strategy: Traders could approach CONE from the long side around $56 if available. Risk below $52 looking for a rally to the September high.

Here's how to play CGC.