In his first "Executive Decision" segment of Mad Money Thursday night, Jim Cramer spoke with Strauss Zelnick, chairman and CEO of Take-Two Interactive Software Inc. (TTWO) , the video game maker that just posted an $0.18 a share earnings beat with a 41% increase in revenues.

Zelnick said according to industry reports, interest in gaming has risen 40% as a result of a pandemic. Estimates are that gaming may rise 14% even after the pandemic passes.

Zelnick said that while 2020 is going to include the lightest movie schedule in years, Take-Two has a good catalog of games and titles that aren't levered to big movie releases. Even their sports franchises have been doing well.

We looked at TTWO on May 18 and wrote that, "I have no special knowledge of what TTWO will report in the way of earnings but the charts are bullish and an upside breakout should be coming soon. Trade TTWO from the long side risking below $125 for now."

In the daily bar chart of TTWO, below, we can see the recent upside breakout we anticipated. Prices soared sharply above the August/September highs. Trading volume surged as traders voted with their feet. The slopes of the moving averages remain positive.

The On-Balance-Volume (OBV) line made a new high for the move up telling us that buyers of TTWO have been more aggressive with heavier volume being traded on days when the stock closes higher. The Moving Average Convergence Divergence (MACD) oscillator remains bullish and pointed up.

In this weekly bar chart of TTWO, below. we see a positive picture with one more day in the week. We can also see the clear new highs. The rising 40-week moving average line. The strength in the OBV line and the MACD oscillator above the zero line. All good for now. 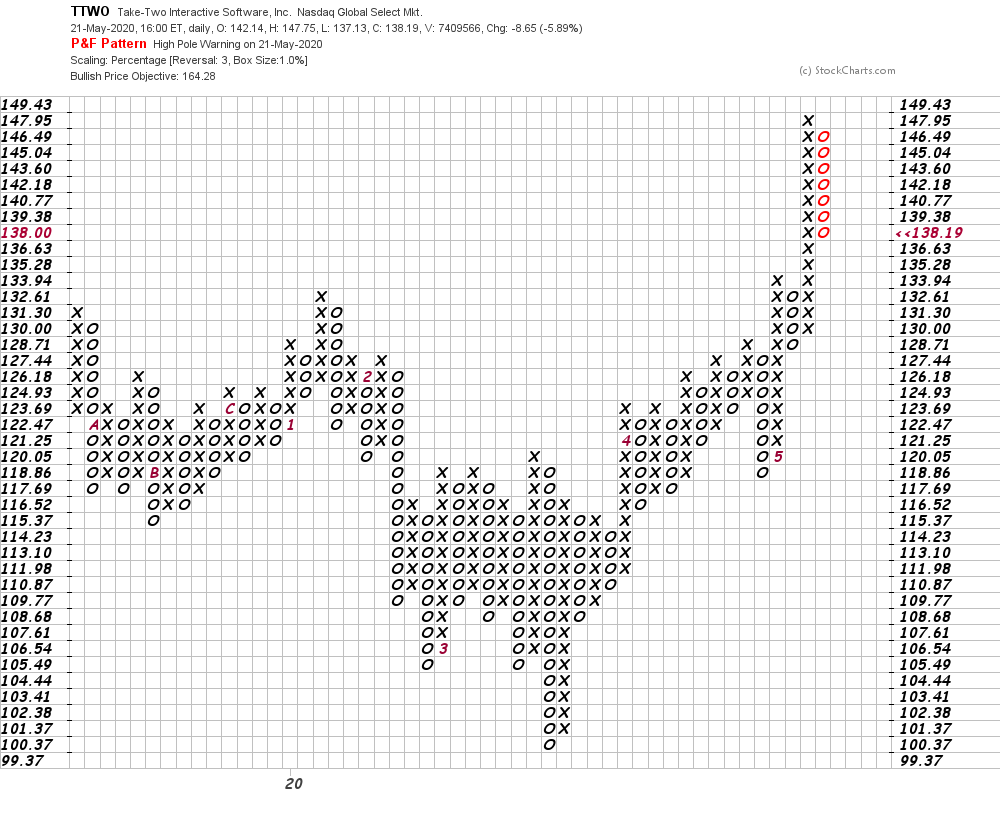 Bottom-line strategy: continue to hold longs in TTWO, raise sell stop protection to $129 and our target is the $165-$170 area.

Get an email alert each time I write an article for Real Money. Click the "+Follow" next to my byline to this article.
TAGS: Earnings | Investing | Stocks | Technical Analysis | Software & Services | Gaming | Mad Money | Executive Interview