In his first executive decision segment of Wednesday's Mad Money program Jim Cramer zeroed in on small business data. Macroeconomic data can only tell you so much about what's really going on in our economy. For the rest of the story, you need to check in with Marty Mucci, chairman and CEO of Paychex (PAYX) , the payroll processor that has its finger on the pulse of small business.

Mucci said that Paychex just delivered its third straight quarter of double-digit revenue growth thanks to its growing suite of payroll and HR offerings. He said most small businesses are still alive and well due to a combination of strong demand and government assistance.

When asked about the state of the economy, Mucci noted that the South and Southwest continue to be hot spots. That's where the people are, he said, and that's where they are seeing the biggest increases in wages.

Let's check out the chart of PAYX, which soared on Wednesday in reaction to an EPS and revenue beat.

In the daily bar chart of PAYX, below, we can see that the shares are poised to test the late-December highs. The shares had corrected in January with a retest in February. The rising 200-day moving average line was tested and while we saw a couple of closes below this indicator, PAYX managed to recover each time.

The trading volume has been heavier than average since late December and could be the action of increased investor interest. The On-Balance-Volume (OBV) line has bottomed the past three months and has been rising recently telling us that buyers of PAYX are being more aggressive. The Moving Average Convergence Divergence (MACD) oscillator crossed above the zero line earlier in March for an outright buy signal.

In the weekly Japanese candlestick chart of PAYX, below, we can see the past three years of price action. PAYX has tracked higher and continues to trade above the rising 40-week moving average line. You can see the lower shadows as prices tested the 40-week average line and traders rejected the move below the line.

The weekly OBV line peaked three months ago and has not (yet?) made a new high for the move up to confirm the price gains. This needs to be watched for a possible divergence. The MACD oscillator is crossing to the upside for a fresh outright buy signal.

In this daily Point and Figure chart of PAYX, below, we can see a potential upside price target in the $185 area. 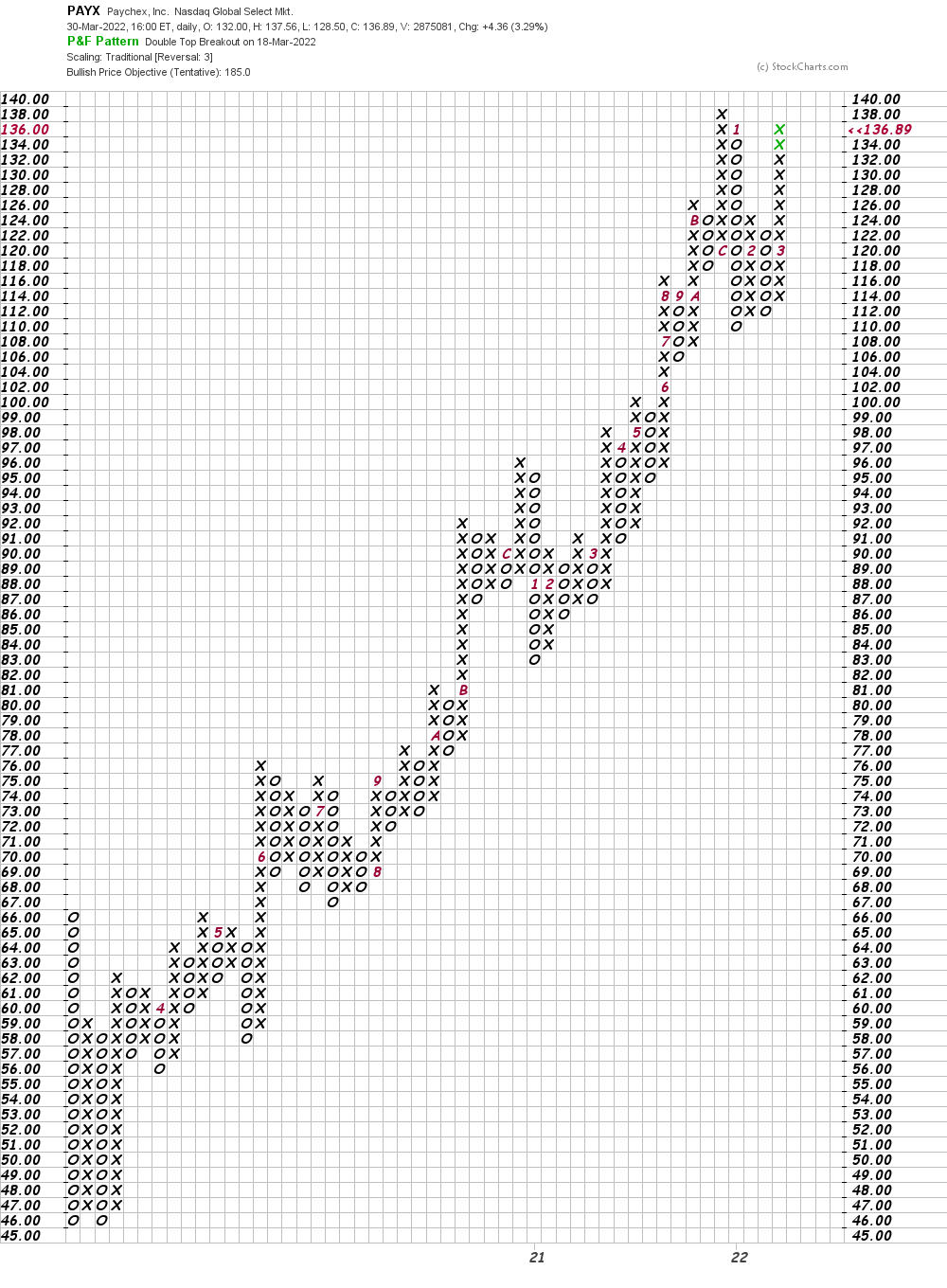 In this weekly Point and Figure chart of PAYX, below, we can see the same $185 price target as the daily chart above. 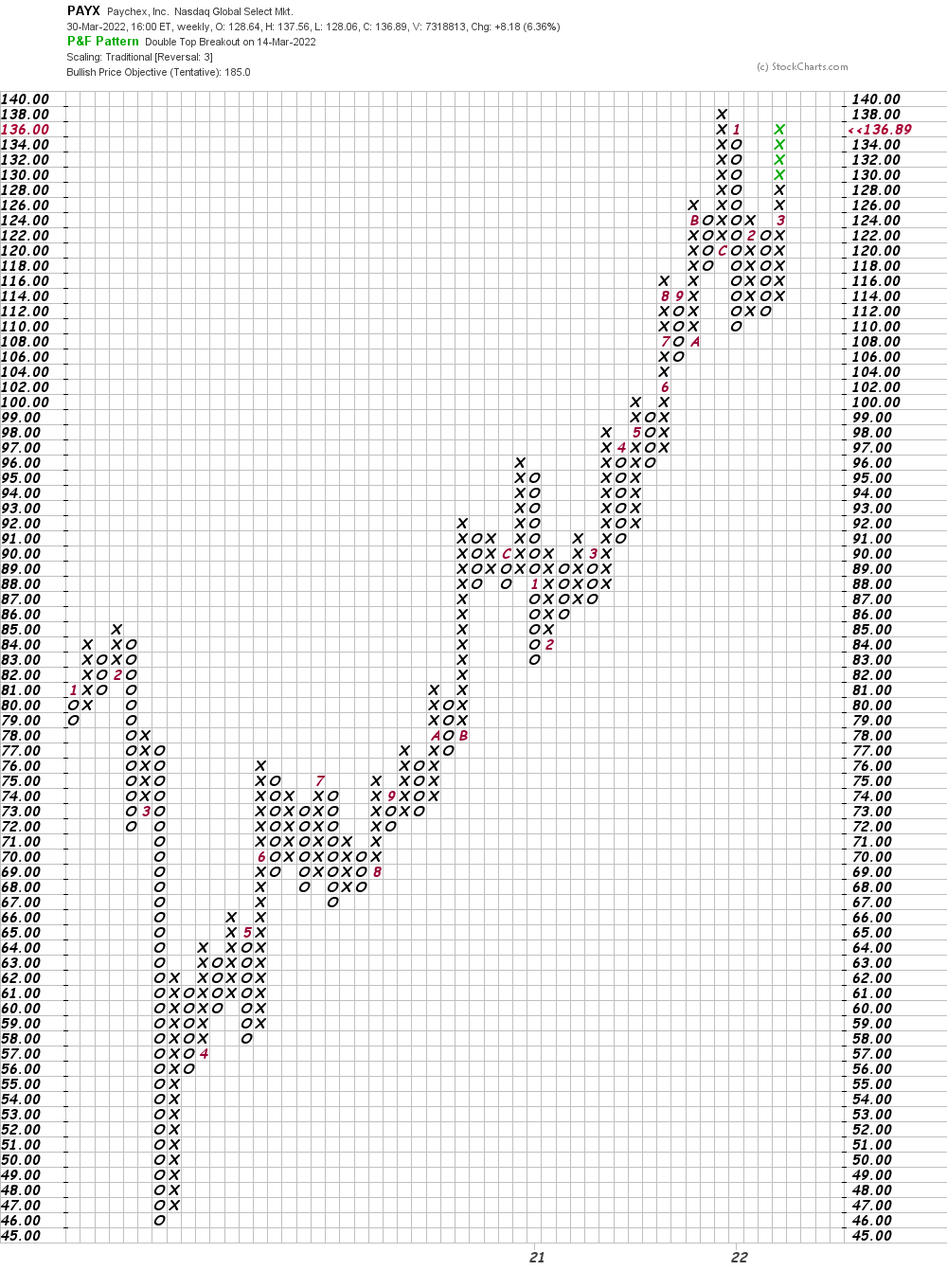 Bottom-line strategy: PAYX has sprinted higher and a short-term pullback is possible. Traders could use a minor dip to go long PAYX. Risk to $125. The $185 area is our price target.

Get an email alert each time I write an article for Real Money. Click the "+Follow" next to my byline to this article.
TAGS: Earnings | Economy | Investing | Stocks | Technical Analysis | Financial Services | Mad Money | Executive Interview